Did Goebbels Say Intellectuals 'Would Always Yield to the Stronger'?

"Arguments must be crude, clear, and forcible, and appeal to emotions and instincts, not the intellect," the Nazi propagandist supposedly proclaimed. 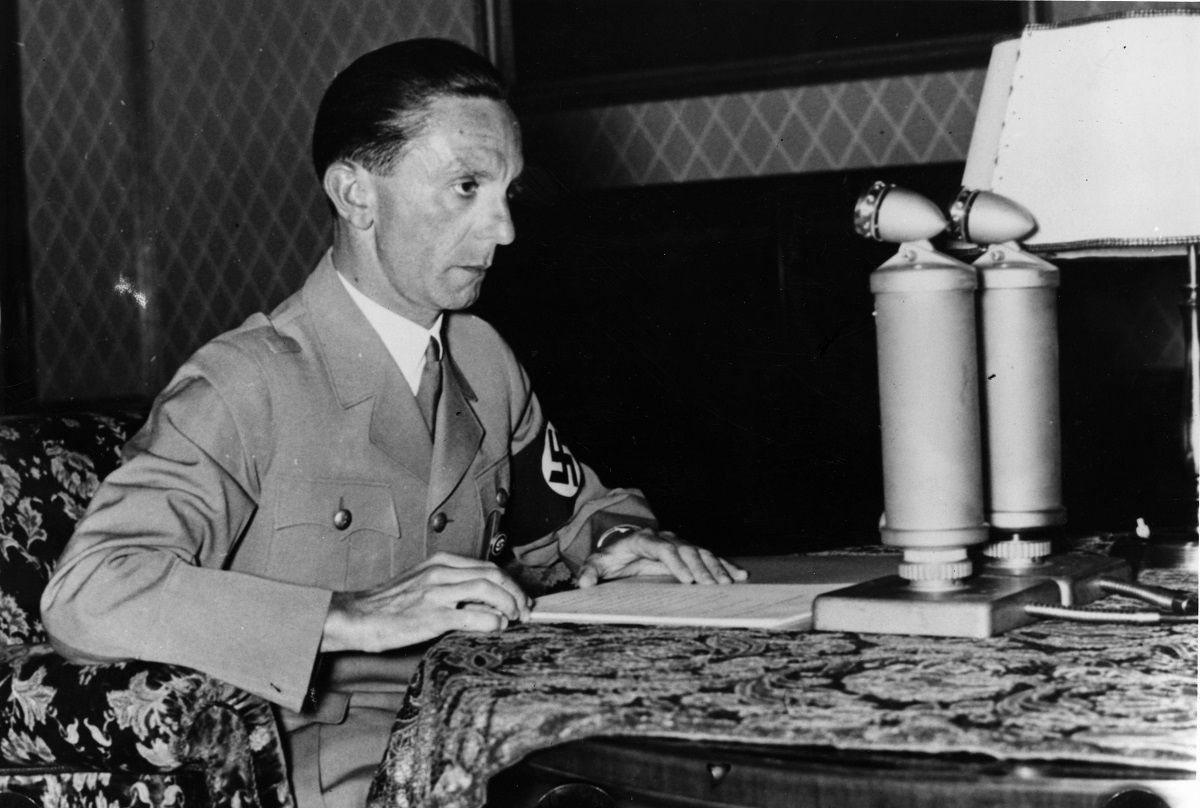 Claim:
Nazi propagandist Joseph Goebbels said that "intellectuals would never be converted and would anyway always yield to the stronger."
Rating:

Dr. Joseph Goebbels was the head of the Ministry for Public Enlightenment and Propaganda in Germany under the Nazi government of Adolf Hitler from 1933-45, a figure who "never wavered from his carefully crafted message of German superiority and rabid anti-Semitism."

During the presidency of Donald Trump, a statement attributed to Goebbels was circulated via a quote meme, a statement claiming that propaganda proved ineffective on "intellectuals" and was therefore best crafted to appeal (not necessarily truthfully) to the emotions of the "man in the street":

There was no point in seeking to convert the intellectuals. For intellectuals would never be converted and would anyway always yield to the stronger, and this will always be "the man in the street."

Arguments must therefore be crude, clear, and forcible, and appeal to emotions and instincts, not the intellect. Truth was unimportant and entirely subordinate to tactics and psychology. These words were in fact written by British historian Hugh Redwald Trevor-Roper for the introduction to his 1978 book Final Entries 1945, which was based on the discovered diaries of Joseph Goebbels, as edited and annotated by Trevor-Roper:

Dr. Joseph Goebbels, Hitler's Minister of Propaganda, kept a diary throughout his time as a member of the Nazi Party, and this [book] covers the period of the last weeks of WW2 from February-April, 1945.

Edited, introduced and annotated by Professor Hugh Trevor-Roper, this is a remarkable account from within of the crumbling of the Nazi empire by its arch-apologist.

The blog at truthisthegreatestenemyofthestate.blogspot.com, which tracks some faux Goebbels quotations, notes of this one that:

Goebbels didn’t say it. It is a reasonable summary of Goebbels’s views -- but he never would have put it in that way. As I’ve observed before, in public he always maintained that propaganda had to be truthful.