Was the Horse's Head in 'The Godfather' Real?

The "horse's head" scene in epic film "The Godfather" is one of Hollywood's most memorable, but was the item merely a prop or the real thing? 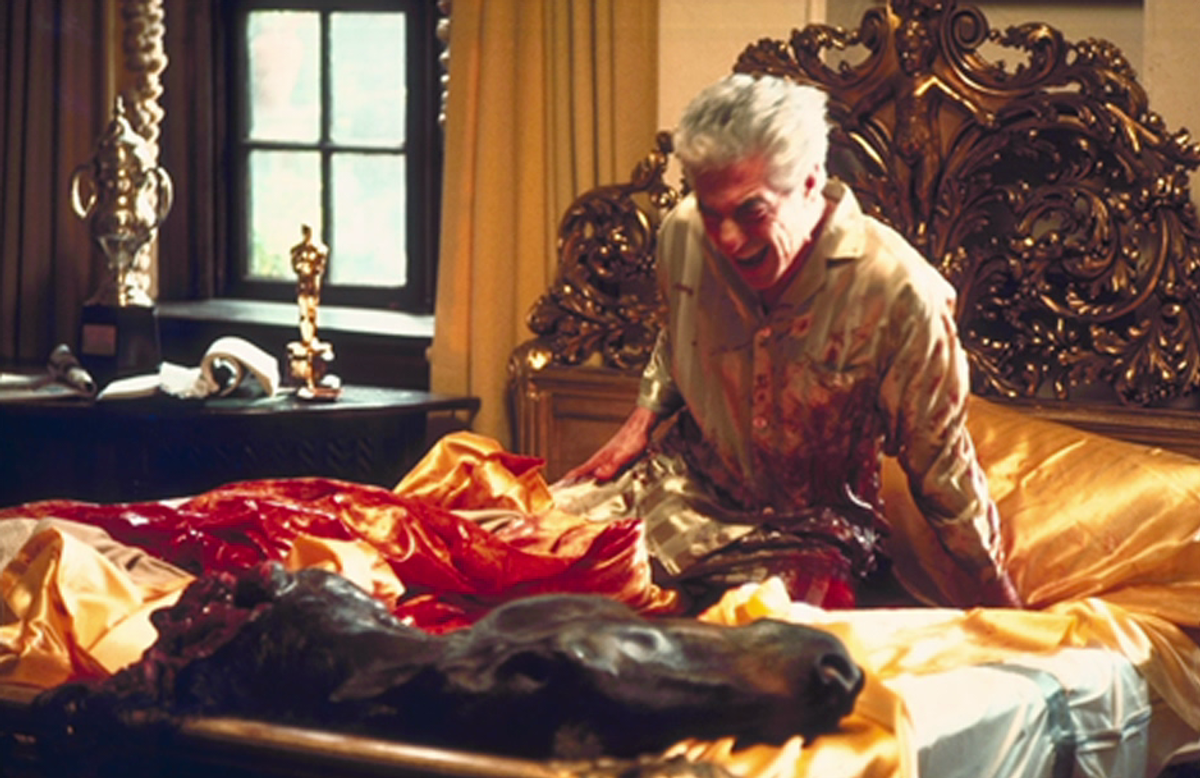 Claim:
The horse's head that appeared in an iconic scene in the film The Godfather was real.
Rating:

Francis Ford Coppola's 1972 crime drama The Godfather remains a hugely influential film decades after its release, and perhaps the one scene from that movie most often referenced in pop culture is one in which producer Jack Woltz, who unwisely refused a request from the Corleone family to cast Johnny Fontane (Don Corleone's godson) in his new film, awoke to find the severed head of his prize thoroughbred in his bed:

Even those who haven't actually seen the famous film itself probably recognize The Godfather as the origin of the "horse head scene" when they encounter references to it in other works of pop culture:

The Godfather was shot about a decade before the Screen Actors Guild adopted the American Humane Society's "Guidelines for the Safe Use of Animals in Filmed Media" [PDF], so it's reasonable to be concerned that at least one horse was sacrificed for the film. It's true that the horse's head in The Godfather was genuine, but untrue that the animal it came from was killed specifically for that scene:

The studio had encouraged Francis Ford Coppola to use a fake horse head, but he didn’t like the mock-up. His scouts found a horse ready for slaughter at a dog-food plant in New Jersey. The art director picked one that looked like the horse in the film and said, “When that one is slaughtered, send us the head.” Coppola later remembered, “One day, a crate with dry ice came with this horse’s head in it.”

The authenticity of the horse's head was addressed by Coppola after the 2001 release of The Godfather DVD Collection, in which the filmmaker recalled that animal rights activists were troubled by the imagery:

Coppola also reports that he received heated letters from animal activists regarding the horse's head that is found in the bed of Hollywood producer Jack Woltz (John Marley). They thought the filmmakers had killed a horse for the scene. It was in fact a real head, Coppola says, but it came from a slaughterhouse where horses were being destroyed for dog food. He says a member of the production went to the company, chose a horse that resembled Woltz's prized thoroughbred and asked that when the time came, the head be sent to the filmmakers. Shortly thereafter, the company sent them a box with the head wrapped in ice.

And so one of the most memorable scenes in movie history was born.

Another movie's animals were perhaps not so lucky.  Pernicious, but unverified rumors about the 1970 motion picture Patton claim that mules were shot, clubbed to death, or poisoned during its filming — charges that 20th-Century Fox vehemently denied.

American Humane Association.     "Guidelines for the Safe Use of Animals in Filmed Media."     June 2009.