Or could it be a simple switch of spam settings? 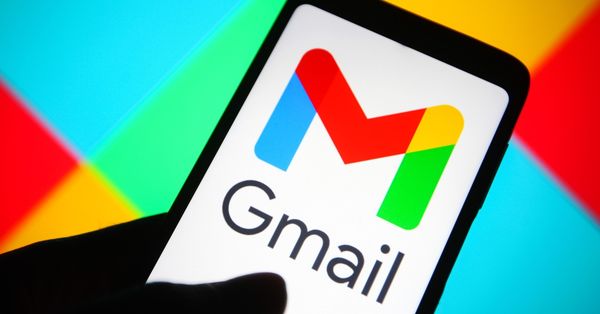 Claim:
In May 2022, Gmail was automatically redirecting emails from Republicans to recipients' spam folders, regardless of users' filter or spam settings, as a means to "actively suppress" communication from GOP politicians.
Rating:

A 2022 study found that some email hosting services were more likely to filter partisan content than others, with Gmail often sending more Republican messages to spam folders than Democratic ones. However ...

The study's authors said they have no reason to believe the filtering bias was deliberate, and Gmail affirms that there is no active "suppression" of GOP messages and says any filtering is due to spam settings unique to each user's inbox.

The exact cause of such filtering is not known and could simply be explained by user preferences and information about the sender, such as the language used in an email or the time of which a particular account has been active.

Editors note: A previous version of this article rated the claim as "False." We have since updated this rating to "Mixture" after receiving further information from the office of U.S. House Rep. Ronny Jackson. The original article has been archived here.

On May 9, 2022, U.S. House Rep. Ronny Jackson, a Republican from Texas, alleged in a tweet that "Gmail" was "actively suppressing" emails from Republicans. As of this publication, the tweet had nearly 15,000 "likes."

The tweet did not specify who, exactly, within the Republican Party (people who have officially registered for the party, current elected officials, candidates, etc.) was supposedly being impacted by this alleged change. We reached out to Jackson's office to learn more about the phenomenon, and have updated this article with information we received from them.

That said, Snopes has yet to see credible evidence that the email platform operated by Google is intentionally redirecting messages from any GOP member to recipients' spam folders, regardless of their inbox settings or preferences.

To test the theory, Snopes subscribed to Jackson's newsletter list using a Gmail account. After we did not receive anything from his office (no messages in spam or the general inbox), we signed up for emails from another Republican member of Congress, Sen. Lisa Murkowski of Alaska. Then, we received two confirmation emails from Murkowski's office at the same time — a confirmation of a new profile for interacting with the office, which went straight to our inbox (top), and one confirming our subscription to the newsletter list (bottom), which automatically went to spam. The exact reasons for why the emails went to different places were unknown. However, that exercise proved that, at least from one prominent Republican, a Gmail user could indeed receive an email without the tech giant's supposedly redirecting the message to spam against the user's wishes.

It does appear that in the past, spam filters — and not just Gmail's — had their own partisan divide, reported Axios in April. A study conducted by North Carolina State University and published in the peer-reviewed journal Association for Computing Machinery found that Gmail was more likely to flag Republican fundraising emails during the 2020 election season compared to Yahoo and Outlook, which were shown to disproportionately filter those from Democratic candidates. As Fox News reported, the study found that Gmail "retained the majority of left-wing candidate emails in inbox (< 10.12% marked as spam) while sent the majority of right-wing candidate emails to the spam folder (up to 77.2% marked as spam)."

"The spam filtering algorithms (SFAs) in the widely-used email services of today such as Gmail, Outlook, and Yahoo do not provide any transparency on their internal workings, wrote the study authors. "Given the lack of this transparency, an important question to study is whether these SFAs hold any biases towards certain political affiliations."

But as the researchers noted, the study did not determine whether a sender's political affiliation alone played a significant role in getting a message marked as spam. It also comes with several caveats, including that the study took place over a period of five months and could not be used to "make inferences about the behaviors of the SFAs in general." The team was also unable to account for how many emails each campaign sent out, how long they have been active, the type of language used in each message, and how many users might have marked a specific message as spam — all factors that could have made one party more or less likely to get flagged. The researchers concluded that though such filtering may not be intentional, it can still have detrimental election outcomes:

While we have no reason to believe that there were deliberate attempts from these email services to create these biases to influence the voters, the fact remains there that their SFAs have learnt to mark more emails from one political affiliation as spam compared to the other. As these prominent email services are actively used by a sizable chunk of voting population and as many of the voters today rely on the information they see (or don’t see) online, such biases may have an unignorable impact on the outcomes of an election. It is imperative for the email services to audit their SFAs to ensure that any properties of the sender that they consider in determining whether any given email is spam or not are not, unknowingly, putting one side at an advantage compared to the other.

The Republican National Convention estimates that Republicans "missed out on $1.5 billion in contributions during the 2020 election cycle and over $2 billion since 2019." To address the issue, some Republicans cited the above study and filed a complaint with the Federal Election Commission "alleging that Google’s email platform unfairly censored GOP fundraising emails by filtering messages to users’ spam folders at a far higher rate than it did Democratic fundraising pleas," reported The Hill.

Next, we contacted Google directly for its response to Jackson's accusation, and a spokesperson told us via email:

'Political affiliation has absolutely no bearing on mail classifications in Gmail, and we've debunked this suggestion, which has surfaced periodically from across the political spectrum, for many years. Mail classifications in Gmail automatically adjust to match Gmail users' preferences and actions,' the spokesperson wrote. 'Gmail users can move messages to spam, or to any other category. Gmail automatically adjusts the classifications of particular emails according to these user actions.'

In other words, Gmail denied the claim, saying any change to users' inboxes was a result of the users — not the tech company — changing account settings.

The spokesperson said Gmail periodically checks its tools for operating the email service and has repeatedly validated findings that show mail classifications are based on users' behavior and feedback rather than email senders' behavior.

"Additionally, to help campaigns across the political spectrum learn how to effectively use our product and services like Gmail, we offer a range of free tools and resources, including several training resources and help centers on postmaster tools and bulk sending guidelines," said the spokesperson.

As some Twitter users pointed out in replies to Jackson's tweet, the alleged "suppression" of emails could simply be a result of a user's spam settings or filter. We looked through Google’s help center to learn more about the platform’s spam filter settings and found two digital spaces that offer explanations from both the perspectives of administrators (such as people who manage their workplace's email via Gmail) and individuals (or single-user inboxes).

Administrators using Google Workspace, a program that combines several Google products into one system, cannot turn off spam filters. But, Google notes, they can create filters that:

Spam settings and filters can also be applied per each organizational unit within a workspace. Administrators can create the so-called "approved senders list" to bypass spam filters by creating an address list with individual email addresses, or by adding an entire domain. For example, if a user wishes to receive all mail from Jackson directly to their inbox, not spam folders, the user would need to simply add the domain “@jackson.house.gov” to an approved list. (Learn more about spam and filter settings in Google Workplace.)

Gmail single-user inboxes also automatically identify spam and other suspicious emails and then sends those messages directly to spam folders. Users can mark or unmark emails from certain senders as spam, and, as they do that, Gmail is “better able to automatically mark similar messages as spam,” the company said. (Google offers an explainer of how to set up spam filters here.)

National Republican Senatorial Committee. Illegal In-Kind Contributions Made by Google to Biden For President and Other Democrat Candidates. . https://prod-static.gop.com/media/documents/RNC_NRSC_NRCC_-_Complaint_Against_Google_04.26.22_1651002862.pdf.

Ronny Jackson on the Issues. https://www.ontheissues.org/TX/Ronny_Jackson.htm. Accessed 12 May 2022.

Update [May 13, 2022]: Rating was updated from "False" to "Mixture" following comment from the office of Rep. Jackson.