Did a Woman Mistakenly Use Glitter Spray Instead of Feminine Deodorant?

Sometimes you really do need to pay attention to things other people shouldn't see. 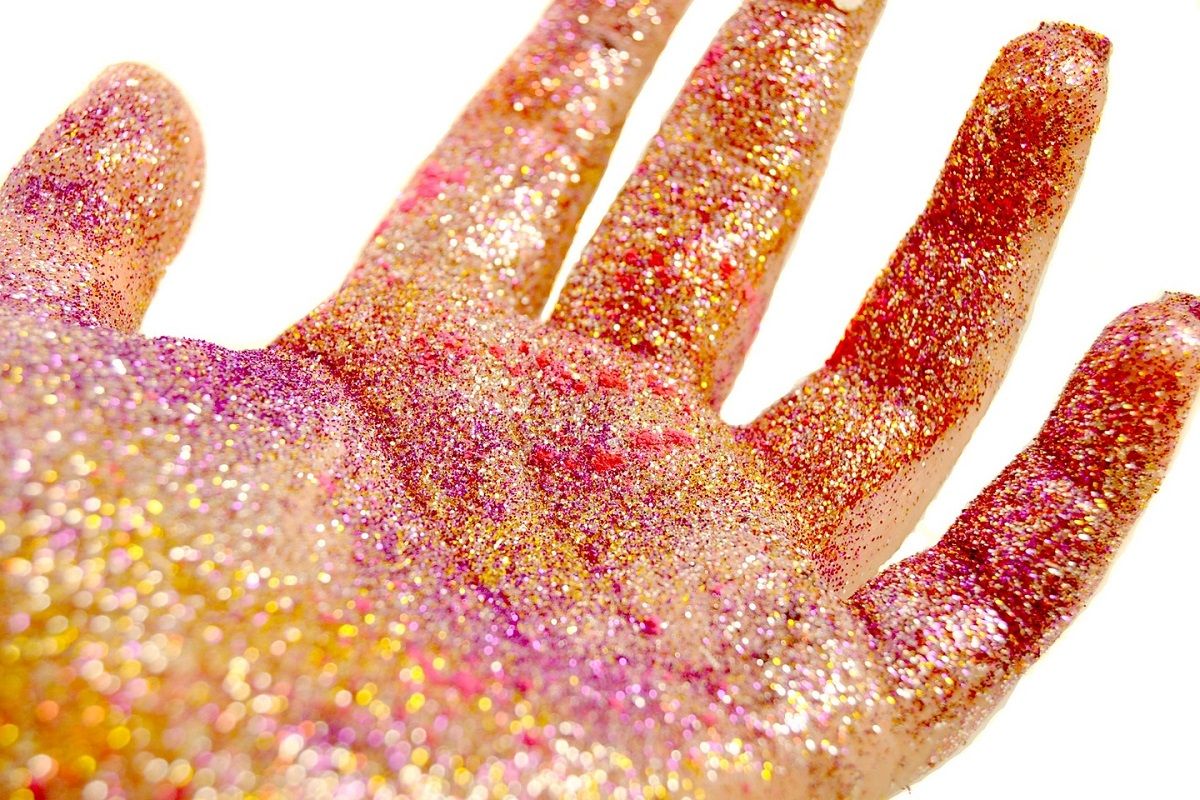 Claim:
A woman mistakenly used her daughter's glitter spray instead of feminine deodorant in preparation for a visit to the gynecologist.
Rating:

The "glittery mom" story has been circulating online since at least 1994, as exemplified in this 1995 telling:

This woman left work early to have her yearly OB-GYN appointment. She went home to shower and shave. After her shower she thought some feminine deodorant spray might be nice, but she didn't have any. So she went into her teenage daughter's bathroom, looked in the cabinet, found the can and "freshened up."

She went into the doctor's office and put her legs in the stirrups with the sheet over her. The doctor comes in and peeks under the sheet and says, "Hmm — Fancy." She thought the comment was odd, but didn't think much of it.

That night she said to her daughter, "I hope you don't mind, but I used some of your feminine spray today." Her daughter looked at her and replied, "Mom, I don't have any feminine spray." "Yes, you do. It's in the cabinet," the mother said. "Okay, Mom, come show me." So the two went into the daughter's bathroom. The mother grabbed a can and said, "Here it is." The daughter said, "Mom, that's spray glitter."

This story also successfully made the transition to the social media era:

The tale is older than one might think. A "trading stamps" version of it likely began in 1963, a version in which a lady, on her way to see the doctor, stopped to relieve herself in a public bathroom. With no toilet paper to be found, she used a tissue from her purse, thereby unknowingly transferring a couple of trading stamps from the bottom of her purse to her nether regions. Upon spotting the unusually-placed material during her physical exam, the woman's doctor supposedly quipped, "I didn't know you gave Green Stamps with that."

The key to the enjoyment factor of this story is the notion of an older (and therefore presumably less sexually avant garde) woman being embarrassed in front of her doctor. (Physicians are still seen as one of the ultimate authority figures.) Yearly gynecological exams are disquieting enough without the ones administering them getting an extra laugh out of the procedure, and it's this mortification the legend speaks to. Perhaps that explains the story's popularity — we often find ways to laugh about things we find humiliating.

It's worth noting Joan Rivers' advice to women on how to balance the gynecological exam scales: "Learn to throw your voice."

Versions of this legend have been reproduced as first-hand "true stories" multiple times in various publication. For example, in 2004 a Cosmopolitan reader gave the following account:

I had dressed up as Kelly Osbourne for Halloween, so I'd bought an aerosol can of pink dye. A couple days later, I was getting ready for a gynecologist appointment and grabbed a can of feminine deoderant spray. Afterward, I realized that I'd grabbed the wrong can and had given my pubic hair a dye job. I was running late, so I got dressed and left. When I put my feet up in the stirrups at the doctor's office, he laughed and said "Wow, aren't you stylish!"

And in 2002, Redbook ran the following "confession" from a reader.

After giving birth to my third child and realizing that my "mommy belly" wasn't getting any smaller, I decided to get liposuction. On the day of my surgery, I put on a new pair of panties my husband had bought me, ripped the tags off, and quickly finished dressing. When I got to the doctor's office, he pulled out a marker to circle the "problem areas" that he planned to operate on. I heard him snicker and say "Cute" as he drew on me. I gave him a strange look, wondering if he was a pervert. A few minutes later, when I stopped to use the bathroom, I lifted up my hospital gown and noticed a small sticker on the inside of my upper thigh that read "Touch me." I made a huge scene, thinking the doctor had played a joke on me, but the mystery was solved when I got home post-op and looked in my underwear drawer. Each new pair of panties had a little "Touch me" sticker on it.

The following variant has not, to the best of our knowledge, ever been told as a "true story" but has instead made the rounds as a joke. Still, it has just enough in common with the glitter legend to warrant inclusion here.

Two women go out one weekend without their husbands. As they came back, right before dawn, both of them drunk, they felt the urge to pee. They noticed the only place to stop was a cemetery. Scared and drunk, they stopped and decided to go there anyway.

The second, not finding anything either, thought "I'm not getting rid of my underwear..." so she used the ribbon of a flower wreath to clean herself.

The morning after, the two husbands were talking to each other on the phone, and one says to the other, "We have to be on the look-out, it seems that these two were up to no good last night, my wife came home without her underwear ..."

The other one responded, "You're lucky, mine came home with a card stuck to her behind that read, "We will never forget you."

Variations: In a 1997 version, the sparkly stuff was transferred to the older woman by way of her borrowing her daughter's washcloth, not realizing the girl had been using it to remove glitter makeup. Feminine deodorant spray or washcloth, it's the same tale with but a small detail changed.

Sightings:   During an interview with Conan O'Brien on 15 July 1999 (in response to his asking her to describe an embarrassing moment), Carmen Electra told the "spray glitter" story about herself. Fancy that.