Does Photo Show Trash at Glastonbury After Greta Thunberg's Speech?

The grounds at a music festival often get covered with trash ... and then they get cleaned up. 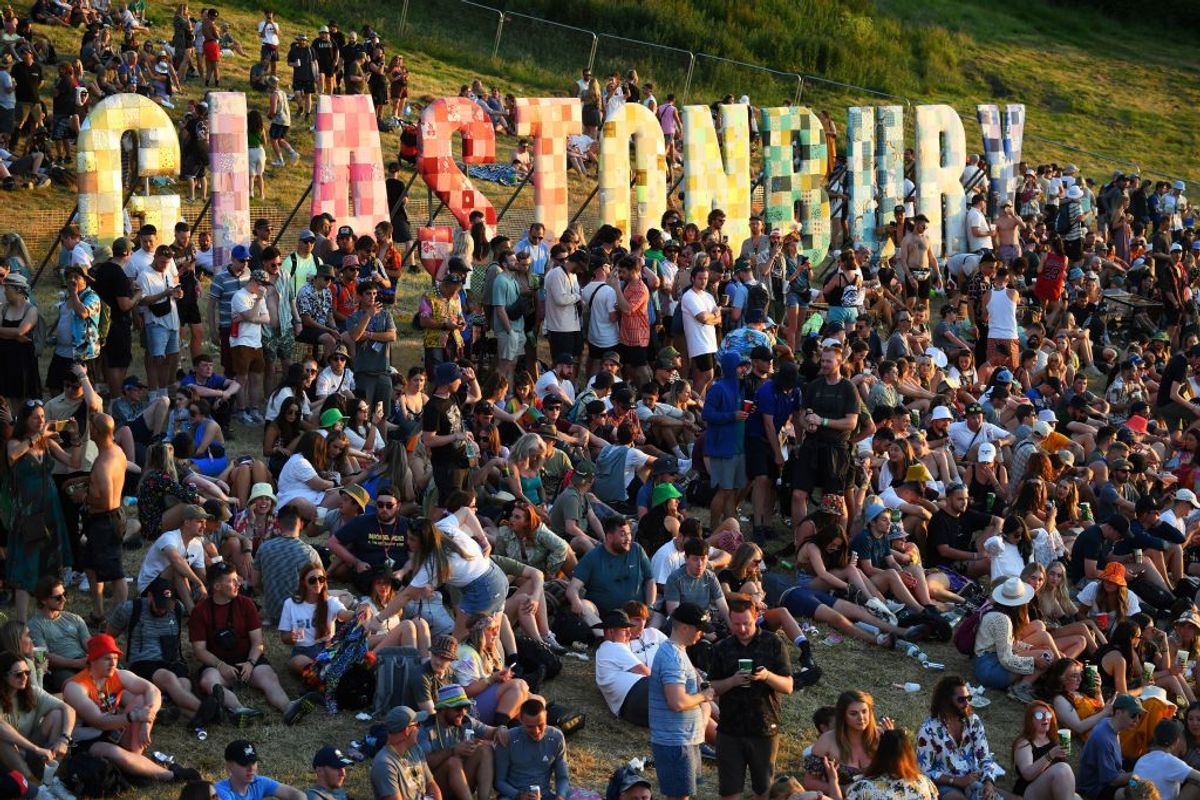 In June 2022, shortly after environmentalist Greta Thunberg gave an unexpected speech at the Glastonbury Music Festival, a photograph started to circulate on social media that supposedly showed the littered grounds after her appearance: This picture was not taken in June 2022 after Thunberg's speech but at Glastonbury in 2015, three years before Thunberg became a public figure.

This wasn't the first time that a picture of garbage-covered grounds was miscaptioned in an attempt to disparage a particular group. In 2019, for example, a couple of miscaptioned photographs of grounds covered in trash were circulated after a global-warming protest in Hyde Park, London. In 2018, a miscaptioned photo of garbage near the side of the road was shared with demeaning messages about refugees heading to the United States' border from Honduras.

While Glastonbury (like any event that involves large crowds) sees a good deal of garbage, the music festival has implemented some policies that aim to lessen the amount of waste that attendees leave behind. The BBC reported in 2019 that the festival banned single-use plastic bottles.

Most notably, Glastonbury has for the first time banned the sale of single-use plastic drinks bottles. The festival, which attracts around 200,000 people, sold more than a million plastic bottles in 2017. Audiences and artists will be encouraged to refill reusable water bottles. Soft drinks and water will also be sold in aluminium cans, which the festival says are easier to collect and recycle. It follows a ban on non-compostable plates, cups, straws and cutlery at previous Glastonbury festivals.

'In the last few years we’ve all begun to see how simply recycling plastic is not really a solution,' explains Emily Eavis, co-organiser of Glastonbury and youngest daughter of the festival’s founder, Michael Eavis.

In June 2022, thousands of people volunteered to help clean up after the festival. The official Twitter account for the festival's organizers posted a photograph of the festival grounds 12 hours after the final performance.

While any event that attracts hundreds of thousands of people for multiple days is going to see some leftover garbage, volunteer "litter pickers" at the 2022 Glastonbury Festival event told ITV that the festival grounds weren't nearly as littered as in years past.

Pictures showing the aftermath of Sunday night showed litter strewn across the site. But by 6am volunteers had already begun clearing up.

One volunteer said: 'We were looking at a lot of litter on the Pyramid Stage, but it's not as bad as it was. I've done it many times over the years but people are more conscious of what they're doing now. Which is brilliant.'