A viral video shows a glass jar being cut using just water, glass, and heat — but is it real? 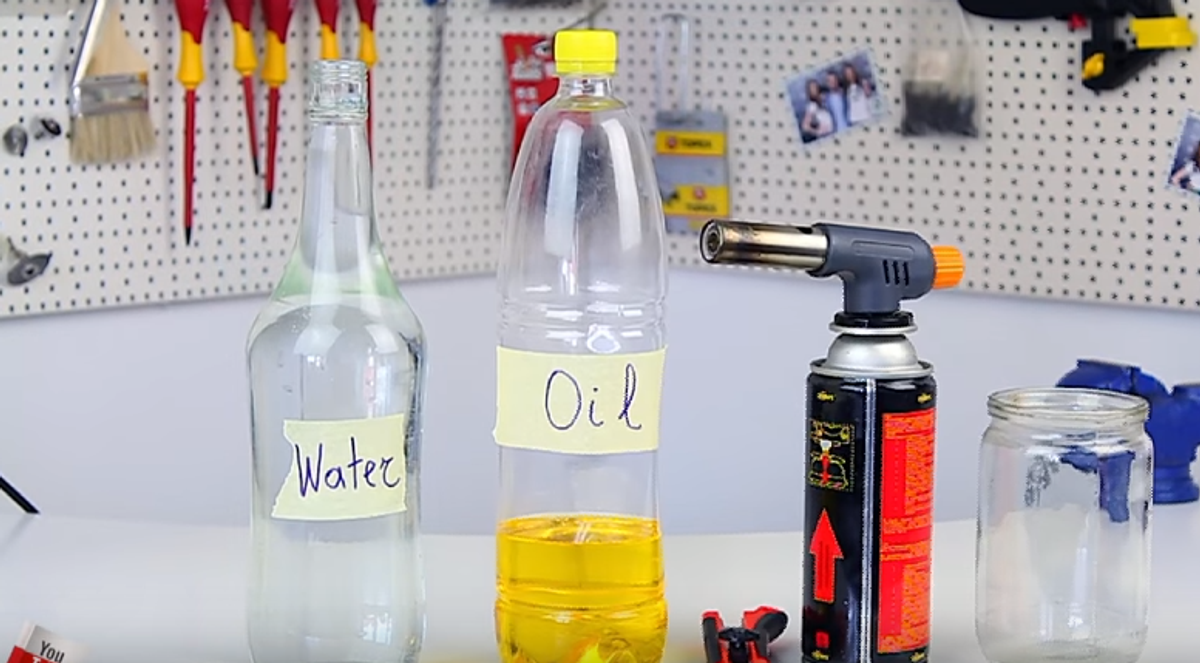 Claim:
A video shows a glass jar being cut with nothing more than water, oil and heat.
Rating:

On 28 March 2016, YouTube user Roman UrsuHack uploaded a video seemingly showing a glass jar being cut using nothing but water, oil, and heat:

The video gained hundreds of thousands of views in the weeks after its initial posting and left many viewers wondering whether they had witnessed something within the realm of physics or just fallen for a clever video hoax.

The video issued from a rather reliable source: the Roman UrsuHack YouTube channel traffics in clever do-it-yourself craft projects, such as making periscopes, homemade cookie cutters,  or custom shaped spoons:

Welcome to my channel Roman UrsuHack where you will learn how to make hand made crafts, New Year crafts, presents, toys, Halloween scares. The main thing is that one can make it at home and with one's own hands.

You are interested in handiwork, craft or you just have nothing to do, haven't you? You have found the channel you really need. Here you can find lots of crafts, hand made items, and the main thing is that they all made of make-shifts and at the lowest cost!

While it's possible that Roman slipped a fake video into his channel, that switcheroo would likely do more harm to his brand than good. And the principles illustrated in his video have been similarly showcased elsewhere on YouTube:

The videos demonstrate the different heat capacities of water and oil. While oil quickly heats up when it comes in contact with a heat source, water takes a little bit longer:

Since oil is less dense than water, it floats to the top of the bowl and creates a ring around the glass jar. Roman apparently then heated this ring of oil to a temperature high enough to crack the glass.

Skeptics have argued that the thin piece of metal used by Roman shouldn't have been able to conduct enough heat to cut the glass. While this may be true, it was noted in the description which accompanied the video that people trying the experiment at home may need to use a larger piece of metal:

In this video I want to show an example of how you can cut a glass bottle or a jar using sunflower or motor oil, at home or in the studio.

The thicker the glass, the bigger the piece of hot metal should be! Be careful and watch out for drops of hot oil.