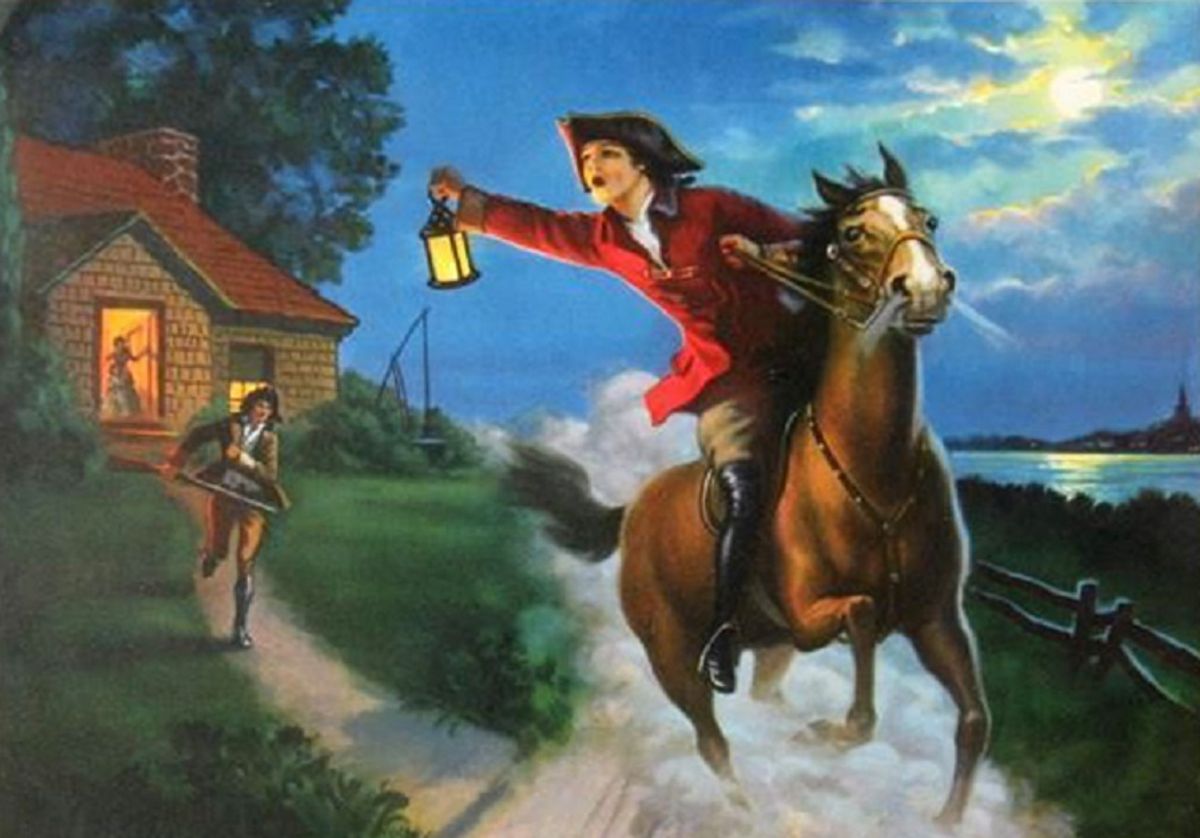 Claim:
Paul Revere or Patrick Henry said, "Now is the time for all good men to come to the aid of their party."
Rating:

On Election Day 2020, Rudy Giuliani, the former New York mayor and former member of U.S. President Donald Trump's legal team, tweeted an exhortation ascribed to Revolutionary War hero Paul Revere calling on "all good men to come to the aid of their party": Evidently confused about which American Revolution patriot to attributed this quote to, Giuliani deleted the above tweet a few hours later and replaced it with one crediting the same quotation to Patrick Henry: Giuliani was wrong on both counts. Rather than being a call for service to political party (or country) dating from the time of American independence, the sentence "Now is the time for all good men to come to the aid of the party" (later modified to end with "their party" or "their country") originated as a late 19th-century typing drill attributed to Remington typewriter instructor/promoter Frank E. McGurrin in 1889.

This timing is borne out by the fact that we could find no use of this phrase in newspapers contemporaneous with the lives of Paul Revere and Patrick Henry (or for many decades afterwards), nor any references that attributed the statement to either man. The earliest appearance of the sentence in print that we turned up was a January 1889 article about a typing exhibition put on by McGurrin, who was described therein as the "world's fastest typewriter":