Did Giuliani Audibly Fart During a Michigan Hearing?

In order to avoid falling afoul of the age-old axiom, "Who deduced it produced it," all we'll say is that the audio is authentic. 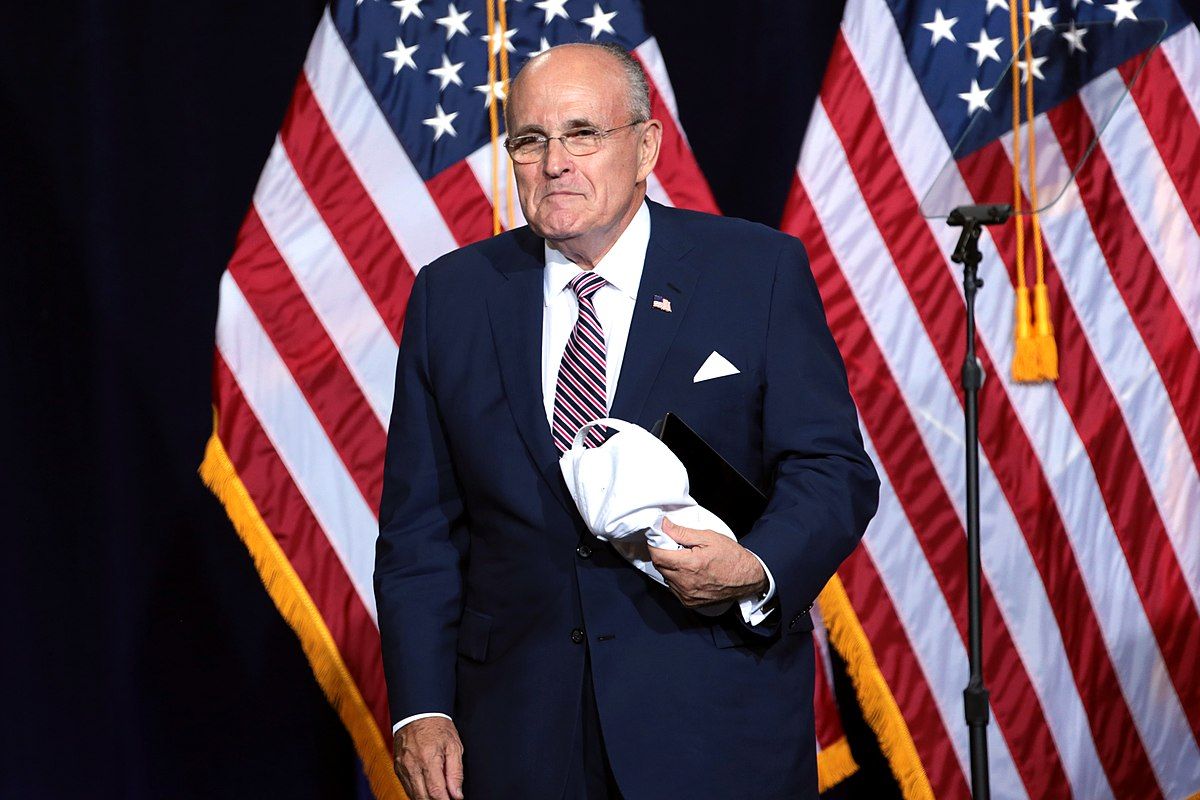 The audio in this clip is genuine.

We can't say for certain what, or who, produced this noise.

Rudy Giuliani, the personal attorney of President Donald Trump, browbeat Michigan lawmakers Wednesday and urged them to intervene in the results of the Nov. 3 election while relying on fraud claims that remain unproven or have been rejected by experts.

Giuliani and Jenna Ellis, legal adviser to the president, pushed to discredit the state's certified election during an unusual Michigan House Oversight Committee hearing that went on for longer than four hours. It came as Republican pressure mounts on the GOP-controlled Legislature to somehow try to overturn Democratic President-elect Joe Biden's 154,000-vote win.

While there is plenty to discuss about what was alleged during this hearing — generally speaking, this hearing was a rehash of the unfounded and outright false arguments made in dozens of lawsuits that were filed and subsequently dismissed in the the aftermath of the 2020 election — social media was abuzz about one particular moment. According to a viral video, Giuliani farted at one point during the hearing:

While the video quickly racked up more than a million views, some people — including us — doubted the authenticity of this noise. It seemed plausible that some internet prankster inserted a fart noise into this short clip in order to mock Giuliani.

But that isn't the case. This audio is real.

This moment occurred near the end of the nearly five-hour long hearing. At the time, Rep. Darrin Camilleri was informing Giuliani that a bipartisan group of county clerks had testified that they did not witness any substantial irregularities in the election, that a spate of state and federal judges had already dismissed more than 30 of the lawsuits alleging election fraud on the grounds that they lacked evidence, and that U.S. Attorney General William Barr also said that there was no evidence of voter fraud.

Camilleri asked, "If our local clerks, state and federal judges across the country, and the highest ranking law enforcement official in the United States cannot find any substance to, or any merit in any of your arguments, why should we?"

Giuliani, after calling for Camilleri to be disciplined for mentioning a report that he had sought a pardon from Trump, argued that all of these officials reached the conclusion that there was no fraud because they didn't want to know the truth. As Giuliani pushed back on Camilleri's statements, an odd noise was picked up on the video. The noise can be heard in the livestream from West Michigan's Wood TV 8 at the 4:12:30 mark. The noise can also be heard at the 4:16:56 mark of the video below from NTD News:

While the audio is real, we can't definitively say what caused this noise. It may have been a fart. It may have been the noise of an off-camera chair scraping against the ground or a water glass being moved. It may have been gas that was passed by someone other than Giuliani. In order to avoid falling afoul of the age-old axiom, "Whoever deduced it produced it," all we'll say is that the audio is authentic.