Did the Girls Scouts Give Their 'Highest Award' to a Girl for Her Pro-Choice Activism?

Right-leaning and pro-life websites extrapolated loosely from a single November 2018 interview that did not mention abortion. 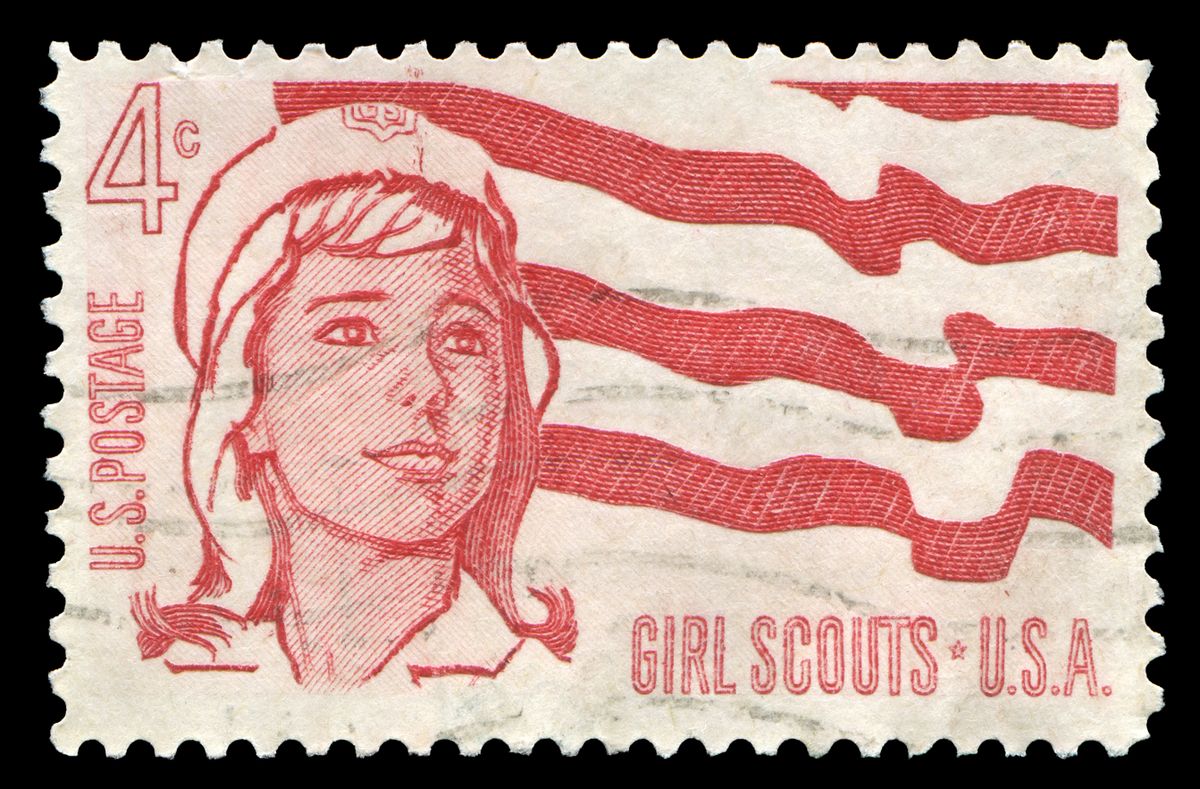 Claim:
In late 2018 or early 2019, the Girl Scouts of the USA gave a Tucson, Arizona, member the "Gold Award" for a project that promoted abortion.
Rating:

In March 2019, right-leaning and pro-life websites criticized the Girl Scouts of the USA in response to reports about a member in Southern Arizona who planned to achieve the organization's "Gold Award" with a project about women's reproductive health.

On 5 March, the website LifeNews.com published an article with the headline "Girl Scouts Gives Its Highest Award to Teen Who Organized Campaign Promoting Abortion," which continued:

The Girl Scouts’ support of abortion is growing increasingly apparent in the information age. Its materials, social media accounts and more point to the organization’s pro-abortion bias. One of the groups exposing it, MyGirlScoutCouncil.com, posted more evidence Friday on its Facebook page.

Breitbart reports the group discovered that the Girl Scouts of Southern Arizona recently honored a teen for her volunteer work on "reproductive health justice" – an umbrella term that includes abortion on demand. Meghna Gopalan, recently profiled in a Tucson publication, received the Gold Award, the Girl Scouts highest honor, for her work.

Her project involved working with the pro-abortion Women’s March and its affiliate in Tucson. She said her goal was to "educate people about and destigmatize access to women’s healthcare" — euphemisms for abortion.

The right-leaning website Daily Wire published an article with a headline that similarly claimed "Girl Scouts Give Highest Award to Girl Who Organized a Pro-Abortion Campaign."

Also, MyGirlScoutCouncil.com, a pro-life website that publishes criticisms and concerns about the iconic civic group, posted to Facebook, describing the controversy as follows:

The original source of these outraged responses was a November 2018 article published by the website "This is Tucson," which featured a brief interview with Gopalan. The article read:

"In the last few years, Meghna Gopalan has found her voice. The 2016 election sparked her interest in civic engagement, and earlier this year she participated in March for Our Lives. Then, while working on her Girl Scout Gold Award, the Basis Tucson North sophomore decided to speak up about women's healthcare. Now, she's helping with media outreach for the Tucson Women's March."

"I'm planning on hosting an event to educate people about and de-stigmatize access to women's healthcare. I've been working with El Rio Reproductive Health Access Project, and they offered ideas on reproductive health justice which would broaden the scope of the project a little bit."

It's true that a Girl Scout in Arizona discussed in an interview her plans for a Gold Award project involving an event associated with "women's healthcare" and "reproductive health justice." However, the claim that she achieved the Gold Award for 'promoting abortion' falls down on two grounds.

Firstly, a spokesperson for the Girl Scouts of Southern Arizona clarified, in response to our questions, that as of 8 March 2019, Gopalan had not yet completed her Gold Award project, and therefore had not yet risen to the rank of "Gold Award Girl Scout."

Secondly, after this fact check was originally published, a spokesperson for the Girl Scouts of Southern Arizona provided additional details and clarification about Gopalan's planned Gold Award project.

Whereas previously there had been uncertainty over whether Gopalan intended to promote access to abortion or present a pro-choice viewpoint, the spokesperson definitively clarified that Gopalan's project "will not cover abortion in any way," and would focus instead on issues such as the HPV vaccine and domestic violence, and that it had never been her intention to examine the issue of abortion in her Gold Award project.

In a statement, the spokesperson wrote:

In the case of Girl Scout Meghna Gopalan, her passion is healthcare. Her Gold Award proposal was accepted, after undergoing the rigorous process of attending our Gold Award Workshop, meeting with our Highest Awards Coordinator and Gold Award Committee, forming community connections to support her project, and ensuring that her project met the standards of the Girl Scout Gold Award.

The capstone of her Gold Award project is a community health fair, where attendees will learn about topics within women’s health: the HPV vaccine, how to seek help in response to intimate partner violence, and the basics of keeping their bodies healthy, from pap smears to breast self-examinations. Experts from El Rio Health and Emerge! Center Against Domestic Violence will serve as speakers.

Meghna’s health fair will not cover abortion in any way, and it has never been her intention to broach the subject. Her goal is, and has always been, to educate, and to combat the stigma she sees among girls her own age when it comes to seeking personal health information and resources. In her own words: “Reproductive justice to me means making sure that all girls and women—regardless of our background, education, income, or age—have access to education and information about healthcare. We all have bodies, but we don’t all know how to keep them healthy.”

This means that the reports by LifeNews.com and The Daily Wire were without factual basis not only because they inaccurately claimed that Gopalan had already achieved the Gold Award (when she had not), but also because they had conflated "women's healthcare" and "reproductive health justice" with abortion, when in fact, Gopalan had never mentioned abortion in her interview and had never intended to address abortion in her project, but was focusing instead on some of the many other issues relating to women's healthcare.

My Girl Scout Council's Facebook post, which formed the basis of articles by LifeNews.com and The Daily Wire, was also inaccurate in claiming that Gopalan had already achieved the Gold Award.

In our original fact check, we signalled this as a possibility, pointing out that LifeNews had inaccurately described "access to women's healthcare" as a "euphemism for abortion," whereas in reality women's reproductive healthcare encompasses much more than merely abortion services and includes access to contraception and birth control, among other matters.

We also pointed out that the El Rio Reproductive Health Access Project (RHAP), the initiative with which Gopalan said she had been working, is part of the Tucson, Arizona El Rio Health Center, a federally-qualified health center that is legally barred from providing abortion services.

As a result, a spokesperson confirmed, the El Rio RHAP is also barred from providing abortion services and does not even give direct referrals for such services, instead focusing on sex education, contraception and birth control and STI testing.

Although it was inaccurate to claim that Gopalan's planned project would give expression to a pro-choice viewpoint on abortion, it seems likely that the Girl Scouts organization would not object to such a Gold Award project.

We asked the Girl Scouts of Southern Arizona whether they encourage scouts to avoid certain topics or issues in their Gold Award projects. Their answer strongly indicated that neither that Girl Scouts organization nor its guidelines would prove to be an obstacle if a Girl Scout proceeded with a project that promoted a pro-choice viewpoint on abortion:

"Regarding content: neither our staff nor our volunteer Gold Award committee determine the topics, causes, or issues that girls choose to address through their Gold Awards. At Girl Scouts, we don’t seek to censor girls or dictate to them what they must feel strongly about—and we support all girls regardless of their personal beliefs. Instead, we seek to give girls the tools and skills to take action on any issue they choose. That’s what it means to be girl-led."

Following confirmation from the Girl Scouts of Southern Arizona that Gopalan's project "will not cover abortion in any way," and that it had never been her intention to address that issue in her project, we have changed our rating from "Mixture" to "False" in relation to the claim, reported by LifeNews and the Daily Wire, that the Girl Scouts had given the Gold Award to a project which promoted abortion.

Update [14 March 2019]: Rating changed from "Mixture" to "False," following confirmation from the Girl Scouts of Southern Arizona that Meghna Gopalan's Gold Award project would not address the issue of abortion.