Did Ruth Bader Ginsburg Say 'I Am Mentally Fit Enough to Serve Through the End of President Eisenhower’s Term?’

The Associate Supreme Court Justice said she hopes to remain on the bench another five years. And she knows who's president. 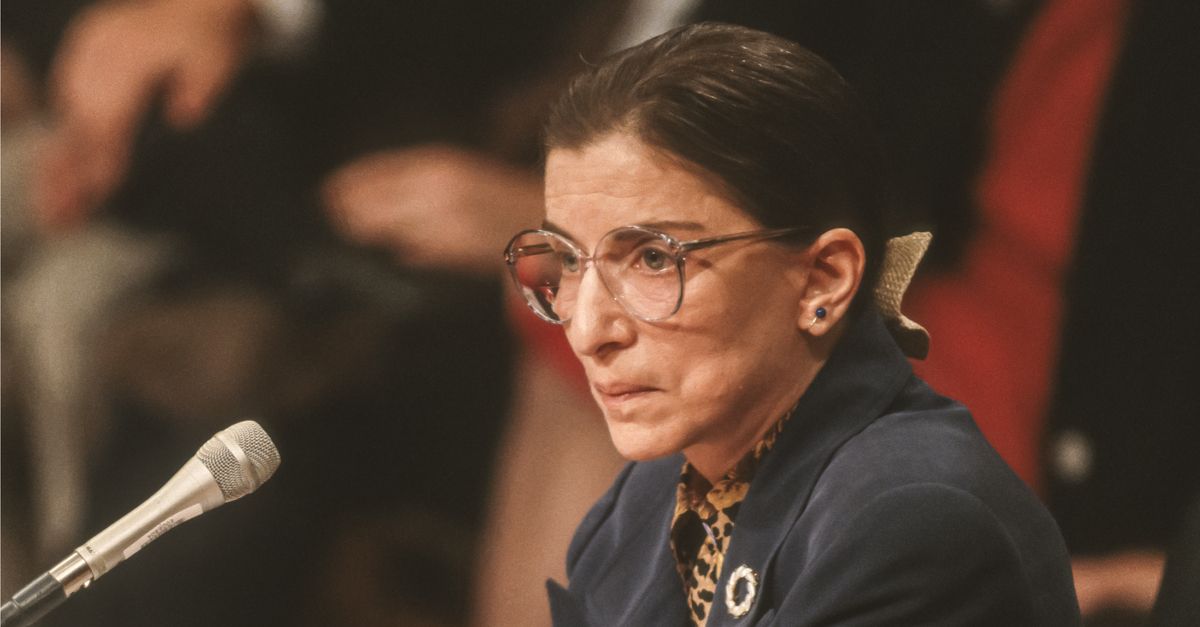 Claim:
Ruth Bader Ginsburg said that she was mentally fit enough to serve through the end of President Eisenhower's term.
Rating:

In July 2018, Associate Justice of the Supreme Court of the United States Ruth Bader Ginsburg stated that she hoped to remain on the bench for another five years, saying: "I'm now 85. My senior colleague, Justice John Paul Stevens, he stepped down when he was 90, so think I have about at least five more years."

This pronouncement was taken in some quarters as signaling that Ginsburg planned to delay her retirement at least long enough to ensure that her replacement would not be nominated by President Donald Trump (assuming he was not re-elected in 2020).

A few days after Ginsburg spoke about her timeline for retirement, the Babylon Bee website published an article article positing that Ginsburg had inadvertently demonstrated diminishing cognitive abilities by saying she was "mentally fit enough" to serve through the end of President Dwight D. Eisenhower's term (something which occurred in 1961):

Dispelling rumors that the Supreme Court Justice could be retiring soon, Ruth Bader Ginsburg told reporters that she is “mentally fit enough to serve through the end of President Dwight D. Eisenhower’s term in office.”

“I can wait out that old Republican bat,” she said, grinning. “I’m not gonna sit around and let Eisenhower pick a terrible Supreme Court nominee like Earl Warren to replace me. No, siree. I’ll wait until one of the Kennedys finally runs for office so we’ll get a solid, left-wing judge in my place.”

Many readers who encountered this item on social media mistook it for a genuine news report (especially as it came on the heels of Ginsburg's actual statement), but it was merely a spoof originating with the Babylon Bee, a satirical website that bills itself as "Your Trusted Source for Christian News Satire."