Carano is a former cast member of "The Mandalorian" on Disney Plus. 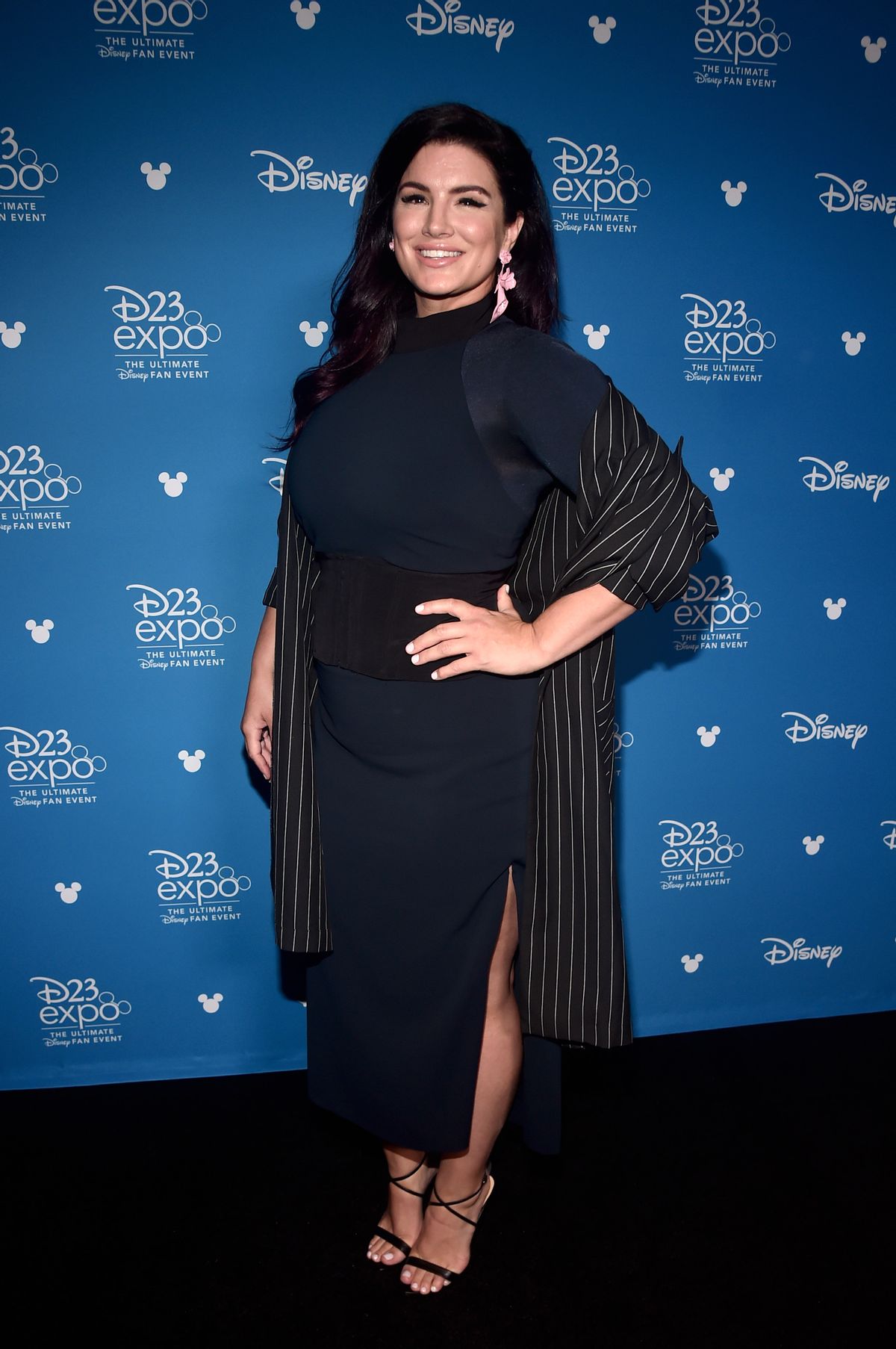 Image Via Alberto E. Rodriguez/Getty Images for Disney
Previous Article
Next Article
Article 19 of 19 in Collection

"Off the record, though," Disney (no relation) continued, "Chip was less interested in coming up with new attractions, and more into completely gutting the Imagineering offices, 'to get them ready to flip.'" [Note to self: look up the meaning of "off the record" before publication.]

Gaines’ replacement, actress and former MMA fighter Gina Carano, is a surprising choice. (It says so right above this paragraph.)

On Feb. 11, 2021, The Associated Press reported that Carano was fired from her role as Cara Dune on the Disney+ series "The Mandalorian." Her departure followed a social media post that "likened the experience of Jews during the Holocaust to the U.S. political climate."

Lucasfilm said at the time that the company had "no plans" for her to return to the series in the future.

In sum, the story about Gina Carano, Chip Gaines, and Walt Disney Imagineering was labeled as satire. For background, here is why we sometimes write about satire/humor.

Previous Article
Next Article
Article 19 of 19 in Collection