A video purportedly showing suppressed footage of an actual giant in Japan is actually from a 2007 movie called "Big Man Japan." 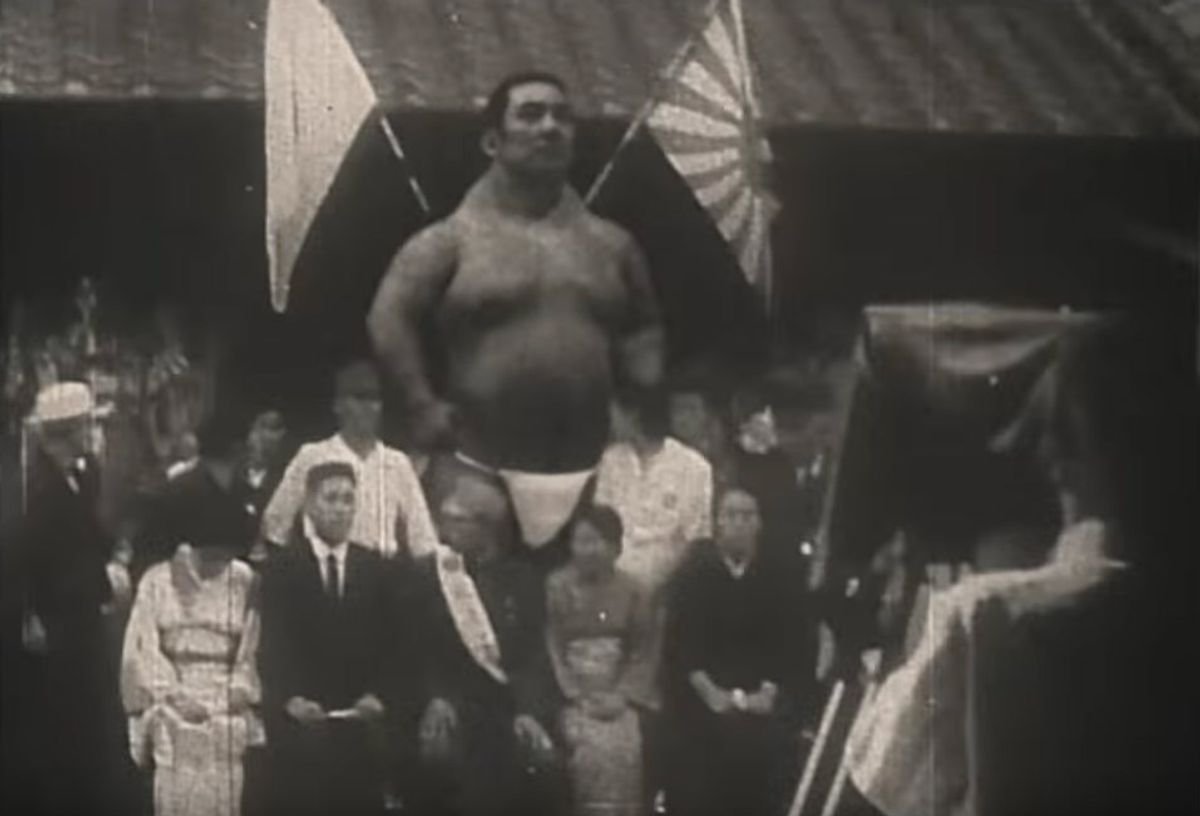 A video purportedly showing a giant in Japan has been circulating alongside claims that it is "top secret" footage:


Some people have claimed that the footage comes from the early 1800s (decades before film was invented), while others say that it shows a giant sumo wrestler in a parade. Still others maintain that the reel shows a Biblical Nephilim giant.

However, this footage has a far more pedestrian origin than any of the theories would have it.  The video is actually a scene from the 2007 movie Big Man Japan, a film that featured a wide range of bizarre giant creatures:

BIG MAN JAPAN is an outrageous portrayal of an original superhero. As Big Man Japan, Daisato inherited the role of defending Japan against a host of bizarre monsters. He receives high-voltage electroshocks which transform him into a stocky, stick-wielding giant several stories high. However, where his predecessors were revered as national heroes, he is an outcast among the citizens he protects.

The "giant," then, is the product of standard special-effects trickery, not hidden footage that proves beyond a doubt the existence of nephilim. It would be difficult to believe that giants lived alongside humans for centuries, but with only one film documenting their existence.