Does Video Show Giant Moon Blocking the Sun Over the Arctic? 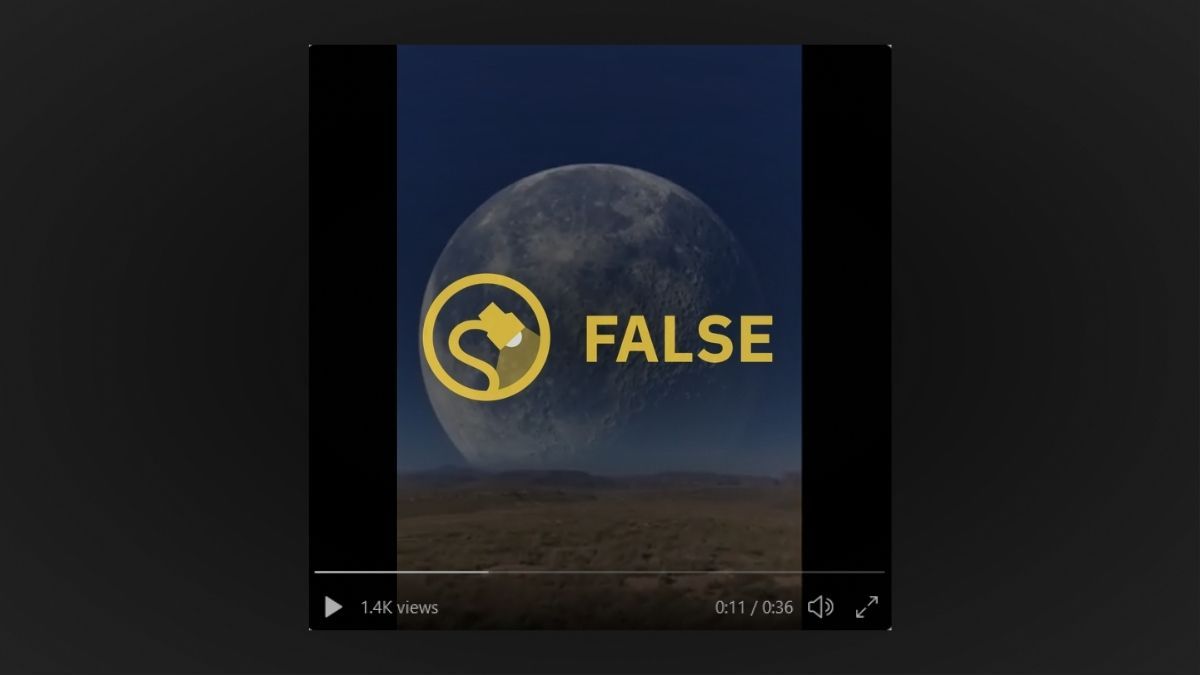 Claim:
A video shows a gigantic moon moving over the Arctic sky, eclipsing the sun, and disappearing, all in just 30 seconds.
Rating:

A video showing a gigantic moon rolling across the Arctic sky and briefly blocking out the sun has gone viral, with many claiming it is real. The moon in the video is very large, and appears to be extremely close to earth, moving at an unnaturally fast speed across the sky.

The video went viral around the same time that many people in parts of the world saw the first total lunar eclipse in more than two years. At the same time, on May 26, 2021, the world encountered a Super Flower Blood Moon.

A “blood moon” occurs when the moon takes on a red hue as it aligns with the sun and Earth and passes fully into Earth's shadow. The moon is also at its closest point in its orbit to the earth, making it appear larger and brighter than normal, earning it the title “super.” The first full moon in the month of May is also given the title “flower moon.”

But the video in question appeared to defy all scientific explanation. A number of people shared the video with the same message attached, claiming that it was taking place “between Russia and Canada in the Arctic.”

A few red flags that told us this video is a fake: First, there is no reflection of the moon in the lake below it. Also, according to NASA, the closest the moon can approach the earth is an average distance of about 226,000 miles (363,300 kilometers), and realistically at this time the moon only appears slightly larger than it normally does.

The video makes the moon look like it is rolling unnaturally close to the earth, without the photographer zooming in, which is how most photographs or videos of this nature are taken.

The creator of this video appears to be TikTok user @aleksey__nz, whose account showcases CGI (computer generated imagery) celestial bodies placed over scenes on earth. One video even shows an exploding moon.

The user seems to be experimenting with CGI animation and creating fantastical scenarios, and the above video is one such scenario.

Given that the video is clearly a creative exercise in CGI, we rate this claim as “False.”