Are These Giant Human Skulls Real? 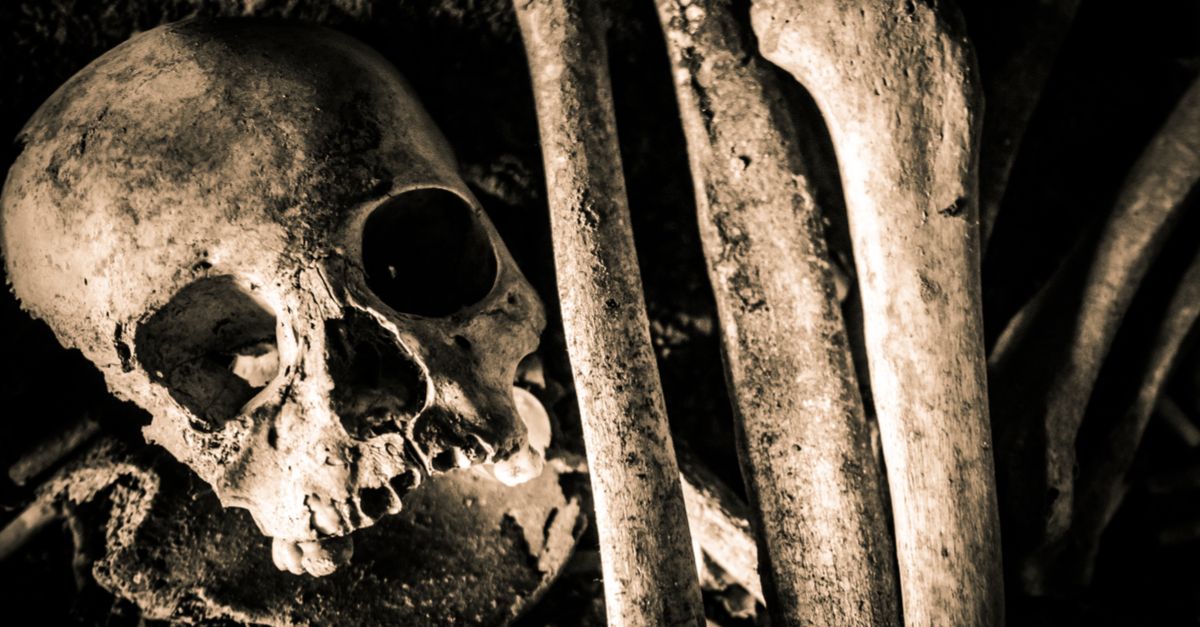 Tales of races of giant men who lived long ago are found in the scriptural writings of many religions, have long been the object of public hoaxes (such as the Cardiff Giant), and are now a favorite subject of Internet pranksters. They're also a fascination of photoshoppers, particularly those at Worth1000, a site devoted to hosting contests in which entrants show off their skills at manipulating photographs using digital editing programs: The above image falls into the latter category: It does not show giant human skulls that were revealed after a massive earthquake struck South America, but rather a digital creation entitled "Giant Discovery" that claimed 4th Place in Worth1000's (now DesignCrowd) Archaeological Anomalies 12 contest back in 2008:

In this contest you will create a hoax archaeological discovery, maybe Atlantis, a 2,000 year-old Coca-Cola can or a giant's skull. Be open minded, there are many mysteries buried beneath the earth.The rules of this game are thus:

In any case, we don't need to know the specific origins of this image to definitively determine that it's a fake. The square-cube law makes it a physical impossibility that humanoids of the size represented by these skulls could ever have existed.