Did a Man Try To Save a 'Giant Crocodile' and Find Something Inside It?

The lengthy and very imaginative slideshow article revealed that a specific object was supposedly found inside a massive crocodile. 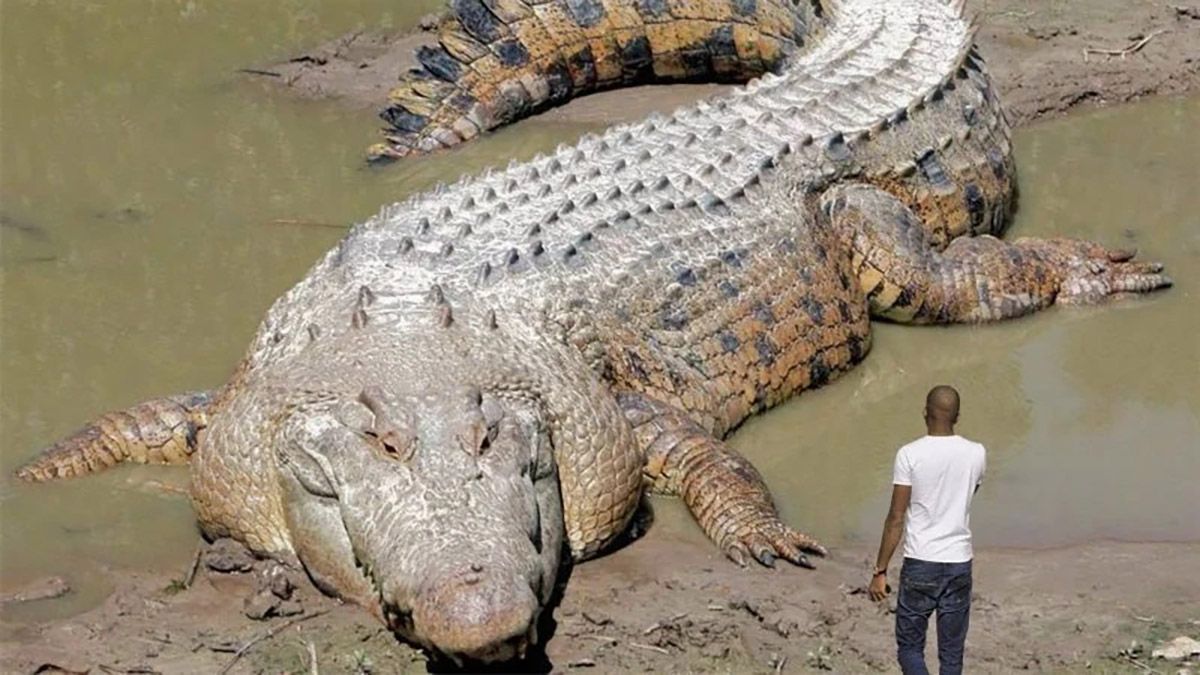 This ad falsely claimed Man Tries To Save Giant Crocodile and You Won’t Believe What He Found Inside. (Image Via richouses.com)

Claim:
A man found a giant crocodile in need, and didn't believe what he found inside.
Rating:

In November 2021, an online advertisement claimed that a man found a massive crocodile with something stuck inside its belly. The ad read: "Man Tries To Save Giant Crocodile - You Won’t Believe What He Found Inside!" The photograph was fake, as was the story.

The first red flag we found, other than the tired "you won't believe" promise, was the doctored picture of what would certainly be the largest crocodile ever photographed. The man in the foreground was added to make the animal appear larger. In reality, we found the original picture of the real saltwater crocodile on Fandom.com.

Upon clicking the ad, we were led to 51 pages for a single article on a website named Mister Story. The headline was similar to the ad: "Man Finds Giant Crocodile In Need - You Won’t Believe What He Found Inside!"

According to the story, a man named Michael found a giant crocodile in Sudan, and eventually found something inside its body:

When a giant crocodile shows up near a small town in Sudan, the villagers can quickly determine that something is wrong with it. It is moving extremely slowly and the belly looks unnatural. In an attempt to save it, the animal was cut open revealing the contents of the stomach. But once it was exposed, nobody could believe what was inside.

How did the crocodile even find this in the middle of nowhere?

After 45 pages, the object inside the crocodile's belly was finally revealed on page 46 to be "an old blue football." The picture on the page featured a round, blue soccer ball. A veterinarian, who was not physically there with the crocodile, supposedly helped Michael cut open the animal with guidance provided over a video connection.

Not only was the photograph of the giant crocodile not real, but we found no record of these events ever happening. We previously reported about another story on Mister Story that waited until the last page to reveal that the story was created "for entertainment purposes." The giant crocodile story did not carry the same disclaimer, but it did look to have been written for the same reasons.

In sum, this photograph of a man standing in front of a "giant crocodile" was fake, as was the story that it was cut open to reveal "an old blue football."

“Man Spots Giant Crocodile - You Won’t Believe What He Found Inside!” MisterStory.Com, https://www.misterstory.com/en/19377/.