Did Germany Request the Removal of U.S. Ambassador Richard Grenell?

The controversial American ambassador in Berlin came under renewed criticism in March 2019. 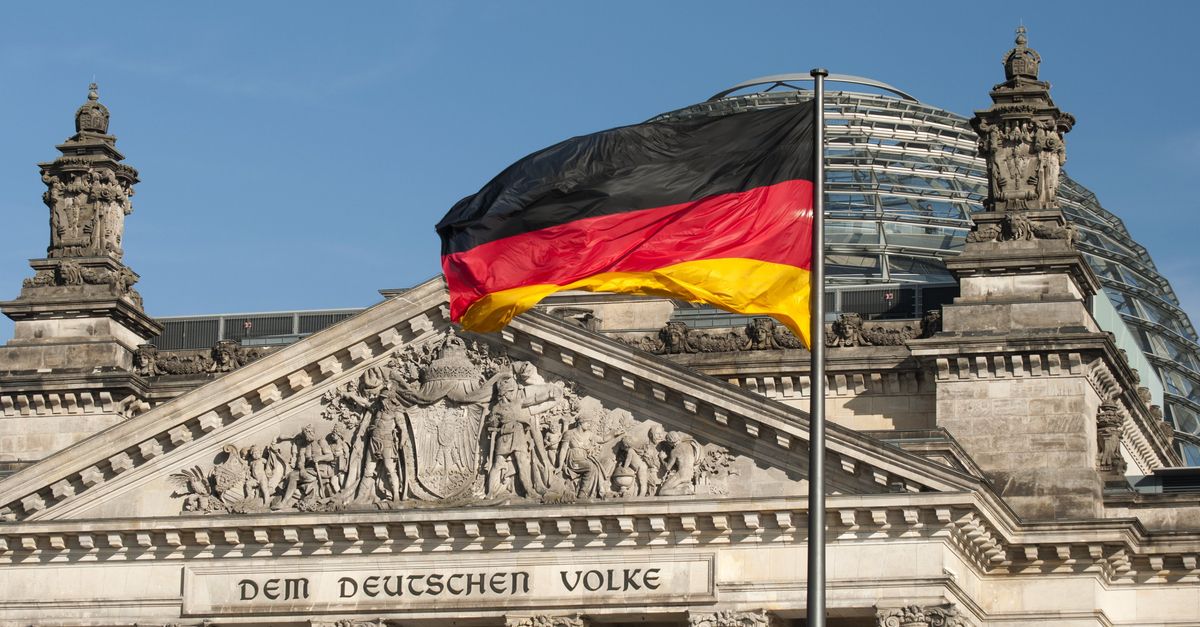 Claim:
In March 2019, Germany requested the removal of Richard Grenell as U.S. Ambassador to Germany.
Rating:

The German government has not requested that Grenell be replaced as ambassador, nor have they moved to expel him.

In March 2019, reports emerged that Richard Grenell, the controversial U.S. ambassador to Germany, was facing mounting calls for President Donald Trump to remove him from his post.

On 19 March, left-leaning Twitter account @AndrewJGregor posted the following widely shared tweet: "In a first, Germany is requesting the removal of the Trump appointed ambassador to Germany, [Richard Grenell]. They consider him to stoke racism and fascism on the country. That's where we're at, folks. The Germans want the American gone, because he's a Nazi."

In a first, Germany is requesting the removal of the Trump appointed ambassador to Germany, #RichardGrenell.
They consider him to stoke racism and fascism on the country.

That's where we're at, folks.

The Germans want the American gone, because he's a Nazi.

In reality, as of 26 March "Germany" -- as a government or state -- had not requested Grenell's removal as U.S. ambassador, nor had it moved to expel him from the country, very serious actions that would lead to a major diplomatic rift between the two countries.

Rather, in March 2019 several German politicians intensified their public criticisms of Grenell, to which he has been subject since Trump appointed him U.S. ambassador in April 2018, with one politician calling for his expulsion.

On 18 March, Grenell publicly criticized the German government in response to reports that Finance Minister Olaf Scholz's imminent budget plan would see Germany miss its own target of increasing defense spending to 1.5 percent of national income, by 2024 -- a figure which was itself shy of the 2 percent mark agreed upon by NATO members, as the Associated Press reported:

The United States is bristling at the suggestion Germany might miss its own defense spending target, which is already short of the NATO goal. Finance Minister Olaf Scholz’s budget plan, which is to be presented to cabinet on Wednesday, foresees Germany’s defense spending rising to 1.37 percent of national income in 2020, but decline to 1.25 by 2023, according to the dpa news agency, which reviewed a copy of the proposal.

NATO countries have pledged to move toward spending 2 percent of GDP on defense and Chancellor Angela Merkel’s government had pledged to increase spending to 1.5 percent by 2024.

The New York Times quoted Grenell criticizing that development, saying: “NATO members clearly pledged to move toward, not away, from 2 percent by 2024 ... That the German government would even be considering reducing its already unacceptable commitments to military readiness is a worrisome signal to Germany’s 28 NATO allies.”

Those remarks prompted a backlash from high-profile German politicians. On 19 March, Carsten Schneider, a high-ranking member of the Social Democrats (one of two parties in the federal coalition government) told the German news agency DPA that "Mr. Grenell is a total diplomatic failure."

I do not wish to defend the policies of Finance Minister Olaf Scholz, but it can no longer be tolerated that the American ambassador is once more interfering in the political affairs of the German republic. I call on Foreign Minister Heiko Mass, for reasons of self-respect, to immediately declare Richard Grenell a persona non grata. Anyone who, as a U.S. diplomat, acts like the High Commissioner of an occupying force, must learn that our tolerance has limits.

On 19 March, Kubicki posted to Facebook again, this time quoting from Article 41 of the Vienna Convention on Diplomatic Relations, which reads: "Without prejudice to their privileges and immunities, it is the duty of all persons enjoying such privileges and immunities to respect the laws and regulations of the receiving State. They also have a duty not to interfere in the internal affairs of that State."

Kubicki added: "For the sake of the rule of law, we should not tolerate transgressions with a shrug of the shoulder."

Kubicki is a senior political figure in one of the larger political parties in Germany, and one of only a handful of vice-presidents of the Bundestag, Germany's main legislative body (akin to the U.K. House of Commons). So it is certainly noteworthy and newsworthy that he explicitly called for the expulsion of the U.S. ambassador to Germany, a move which would cause a major diplomatic scandal and a serious rift in relations between the U.S. and German governments if it were carried out.

However, Kubicki is not a member of the German government and was not speaking on behalf of the German government when he called for Grenell to be expelled. Indeed, it appears he may not even have been speaking on behalf of his own political party, the Free Democrats. In response to a news report about Kubicki's remarks, FDP politician Alexander Lambsdorff tweeted: "This is not the position of the FDP. Supreme calmness and an invitation to talk would be better."

So the widely-shared claim made by @AndrewJGregor, that "Germany is requesting the removal" of Grenell is inaccurate and a significant overstatement of the reality, which is that one German politician, a member of the opposition and not the government, publicly called for Germany's Foreign Minister to expel Grenell in March 2019.

It is also worth noting that @AndrewJGregor was incorrect in claiming that the reason for the expulsion request was "because [Grenell]'s a Nazi." In fact, the person who made the request, Wolfgang Kubicki, stipulated that it was in response to what he described as diplomatic interference in Germany's internal affairs.

However, it's true that Grenell has in the past attracted criticism and calls for his expulsion, for what some German politicians presented as an overly interventionist demeanor towards Germany's internal affairs, as well as what appeared to be efforts by Grenell to form alliances with right-wing politicians from elsewhere in Europe.

In June 2018, shortly after he took up his position in Berlin, Grenell told the right-leaning web site Breitbart that he looked forward to 'empowering' conservatives throughout Europe:

"At a sit-down interview at his official residence in Berlin with Breitbart London, Ambassador Grenell said: 'There are a lot of conservatives throughout Europe who have contacted me to say they are feeling there is a resurgence going on. I absolutely want to empower other conservatives throughout Europe, other leaders. I think there is a groundswell of conservative policies that are taking hold because of the failed policies of the left,' he added."

In response, Martin Schulz, the former leader of the Social Democratic Party (SPD), Germany's second-largest political party, called for Grenell to be expelled. The English-language news website The Local reported at the time that:

After US ambassador Richard Grenell said that he wanted to “strengthen” conservatives in Europe, several German politicians have called for him to be ejected from the country. “What this man is doing is unique in the history of diplomacy,” former leader of the Social Democrats (SPD), Martin Schulz, told DPA. Instead of taking a neutral stance towards his host country, Grennell was acting like the emissary of a political movement, said Schulz, who led the SPD until earlier this year. “If the German ambassador in Washington would say that he is there to strengthen the Democrats, he would be expelled straight away,” Schulz added.

Grenell caused anger in Germany after giving an interview to the far-right news site Breitbart in which he said he wanted to “strengthen other conservative movements in the whole of Europe.” He has also invited Austria’s conservative chancellor Sebastian Kurz to dinner. The Austrian Chancellor recently formed a coalition government with a far-right party and has been a vocal critic of Germany’s refugee policies.

In his interview with Breitbart, Grenell called Kurz “a rock star”, describing himself as “a big fan.” But politicians in Germany have been less that impressed by the invite, a move seen as an attempt to meddle in European affairs. “I hope that the Kurz visit will lead to Mr Grenell only surviving for a short time in the role of ambassador to Germany,” Schulz said.

Sahra Wagenknecht, leader of the Die Linke, also called for Grenell to be ejected from the country. “Whoever decides like US ambassador Grenell has done, that they can rule like a laird over Europe, can no longer remain ambassador to Germany,” she told Die Welt. “If the government is serious about the sovereignty of our country they shouldn’t be inviting him to coffee but expelling him."