Is This a German Village Shaped Like a Fingerprint?

If this village is ever found at the scene of a crime, the culprit won't be difficult to catch. 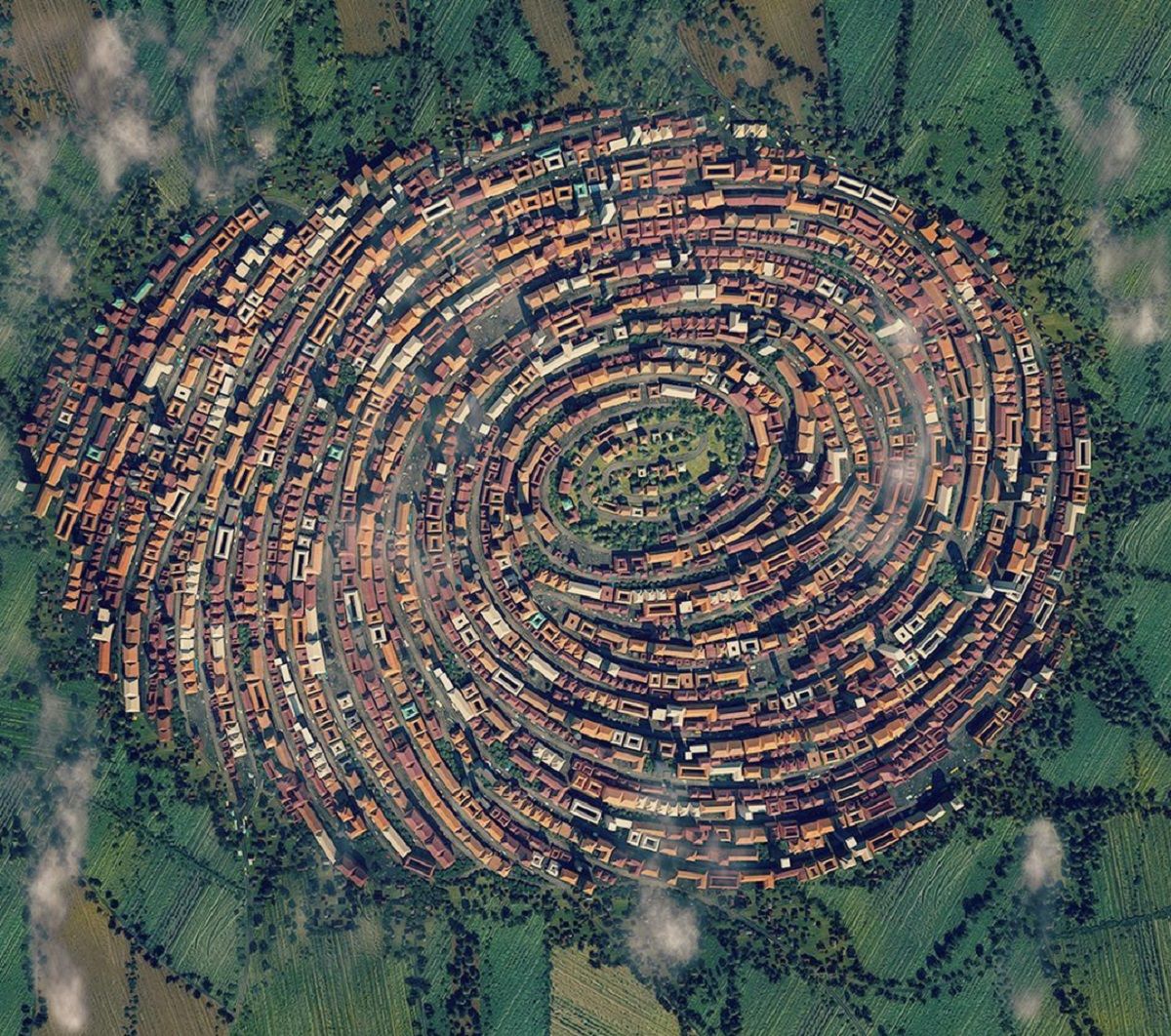 Claim:
A photograph shows a village in Germany that resembles a fingerprint in contour.
Rating:

On 21 October 2018, the Facebook page "Amazing Photos in the World" posted a photograph which supposedly showed a village in Germany resembling a fingerprint in a topographic sense: However, this picture is neither a real photograph nor an accurate visual depiction of a village in Germany.

This image is a digital production created by artist Jacob Eisinger for the February 2015 cover of MODUS magazine: Eisinger explained the assignment and shared some additional images showing the creation of this "fingerprint city" on his Behance page:

For the February issue of Modus Magazine I was asked to create a satellite picture kind of artwork showing a fingerprint shaped city to illustrate "the human touch." Experimenting with cloner objects and dynamic texturing it was a great challenge to figure out the best way to create a crowded place like a city. When Eisinger shared the image to his Instagram page he included the tags #CGI, #rendering, and #digitalart to distinguish it from an actual photograph:

'The human touch' #tbt to a little different sthing I normally do bit it was great fun to figure out how to do it. Two years ago. #thecityismine #humantouch #cgi #3d #digitalart #c4d #rendering #throwback #throwbackthursday #map #city #urban #fingerprint #landscape #birdsview