Well over 300 people share the last name Raffensperger in the United States. 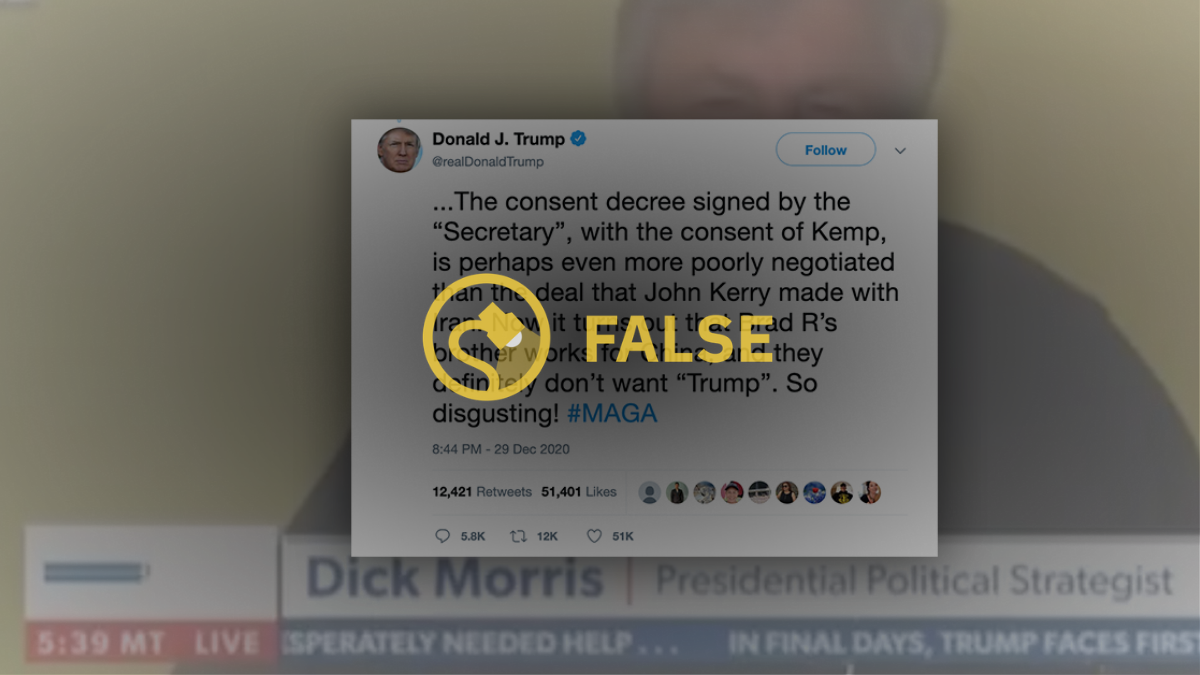 As of the 2010 census, 380 people in the United States have the last name Raffensperger. This esoteric bit of trivia could have provided pollster and pundit Dick Morris with useful context to consider before he proffered what he billed to be "breaking, breaking news" in an interview with Newsmax host Greg Kelly:

You remember Brad Raffensperger, the Georgia Secretary of State who has been standing in the way of recounts and refused to verify signatures and kicked the Republican inspectors out of the vote and the counting?

It turns out …  that his brother, Ron Raffensperger, is the Chief Technical Officer for Huawei's enterprise storage solutions company. And Huawei … has been sanctioned by the American government…

The brother of the guy who was, more than anyone else, influential in deciding what happens in Georgia and the Presidential and Senate race works for them and a top level position, and it has never been disclosed in the U.S.

Not long after Newsmax "broke" this story, U.S. President Donald Trump referenced it in one of many tweets to Raffensperger on Dec. 29, 2020, broadly interpreting their reporting to mean that the Georgia secretary of state's brother "works for China": The thing is, Ron Raffensperger — who was accurately described by Daily Beast as "a random man with the same last name who serves as CTO for a subsidiary of the Huawei conglomerate" — is not Brad Raffensperger's brother.

In other words, Trump and Morris got this one wrong. Because Ron Raffensperger is not Brad Raffensperger's brother, we rank the claim "False."