No, George W. Bush Was Not Hanged at Guantanamo Bay

The latest febrile QAnon fantasy from a prolific producer of content labeled "satire." 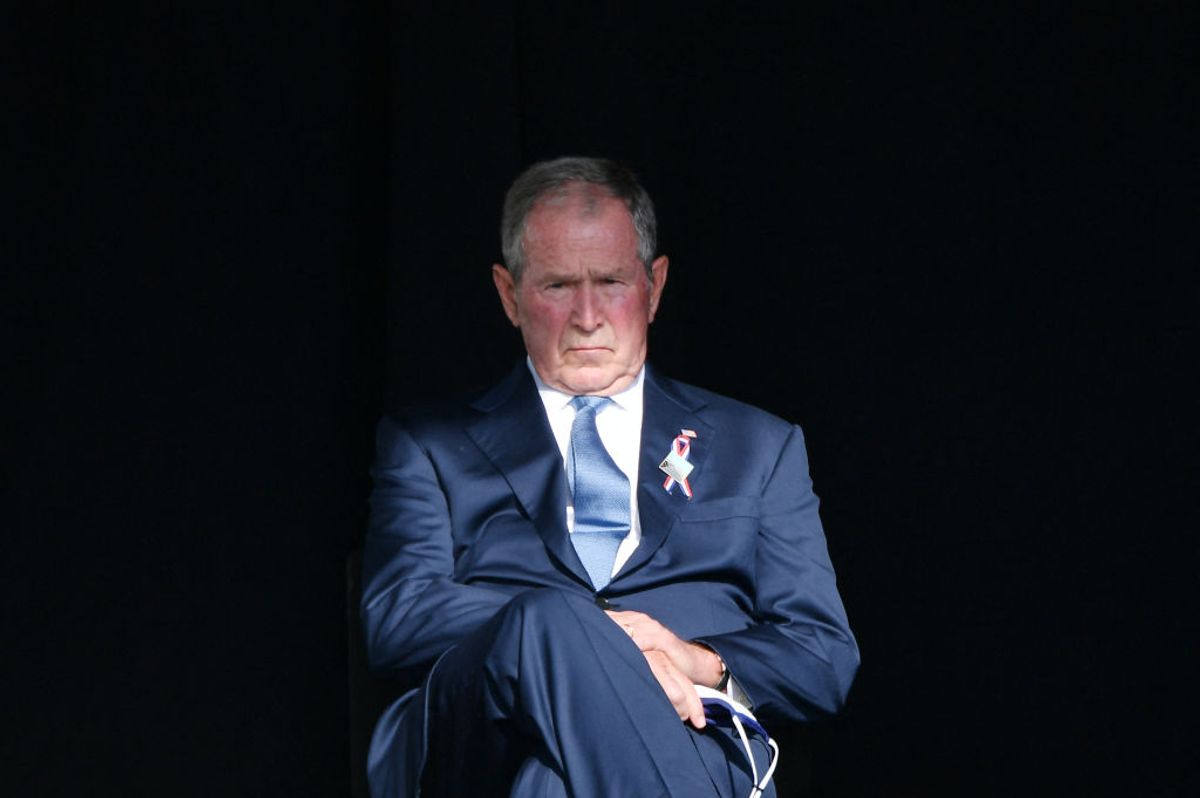 In January 2022, websites and social media accounts aligned with the QAnon cluster of conspiracy theories enthusiastically shared a false and distasteful post that claimed U.S. military officials had overseen the execution, at Guantanamo Bay, of former President George W. Bush.

For example, on Jan. 6, TrustTheQ.com published an article with the headline "George W. Bush Hanged at GITMO," which claimed that the 43rd president had been summarily convicted of "murder and treason" and, having been detained at Guantanamo, was executed by hanging there "on Tuesday morning" [Jan. 4].

The same piece was republished on BestNewsHere.com, and formed the basis of videos by various conspiracy theorists who evidently interpreted it as an earnest account.

In reality, though, the "Bush execution" story was not only utterly false, but originated on Real Raw News — a website that routinely publishes sensationalist conspiracy theories and QAnon-adjacent clickbait, while using the disclaimer that the site contains "humor, parody and satire": Snopes regularly debunks some of the gory fantasies published by Real Raw News about the fictional arrest and execution of various political figures, including Hillary Clinton, Bill Gates, Chelsea Clinton and, of course, Bush — who was the subject of a fake "arrest" story by Real Raw News just weeks earlier.

As such, the stories' trademark style — laughable dialogue, action-movie one-liners, and a seemingly infinite pool of anonymous "sources" inside the most elite and secretive U.S. military circles — will have become familiar to some readers, by now.

However, most readers perusing the story on TrustTheQ.com, for example, or watching "gh05tR0b 5's" YouTube commentary on it, would not have been aware of its true origins, and would not have been directed to the "humor, parody and satire" disclaimer on RealRawNews.com.

This is one of the reasons why Snopes sometimes writes about satire — because even content that was originally published with a "satire" disclaimer is routinely stripped from that context and republished elsewhere, without any such warnings.