Did Soros Say 'I'm Going to Bring Down the U.S. by Funding Black Hate Groups'?

This doesn't sound like the kind of plan someone would openly announce. 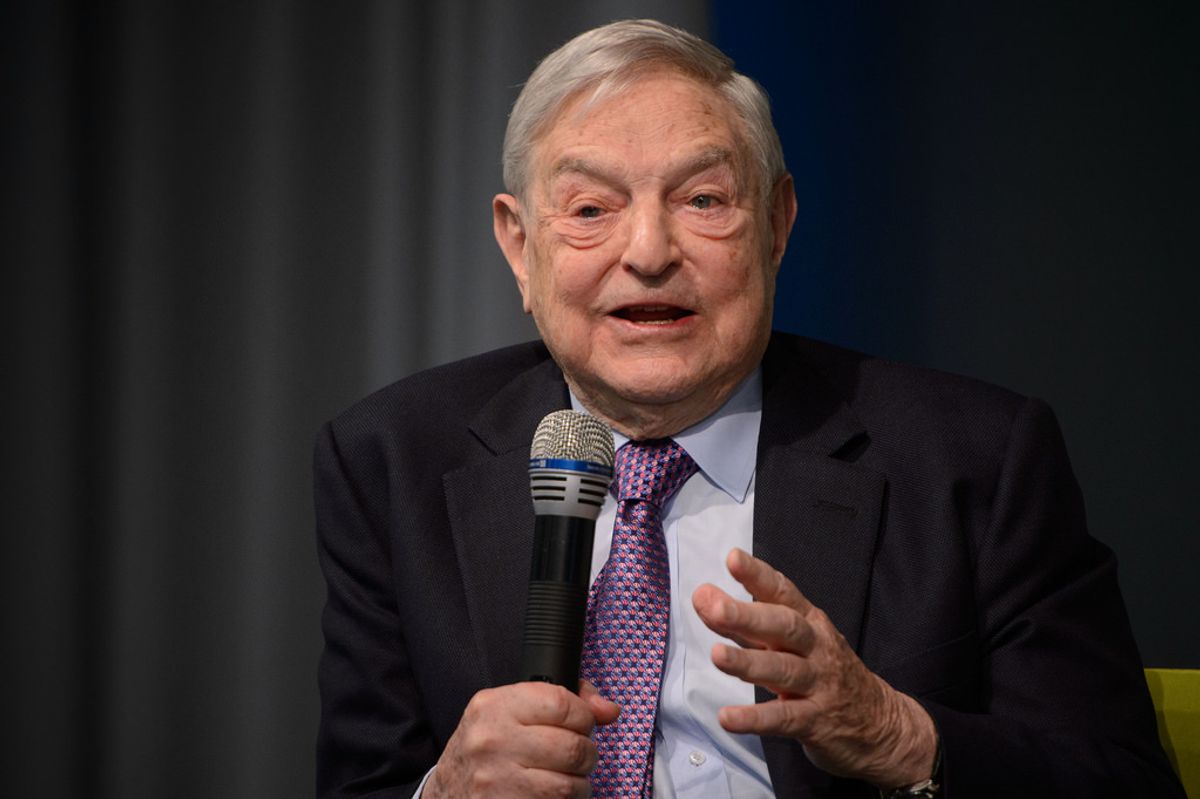 Claim:
George Soros said that he funded the Black Lives Matter movement because he wanted to 'bring down the United States' and 'the black community is the easiest to manipulate.'
Rating:

In August 2016, a graphic featuring a picture of billionaire George Soros next to a quote ostensibly uttered by him about his goal to "bring down the United States by funding Black Hate groups" began circulating via social media: Although this image indicated that the business magnate and political activist issued this comment during the course of an interview with the Germany newspaper Bild in September 2014, we found no evidence that any such interview took place. The putative statement from Soros about his funding "Black Hate groups" does not appear in the newspaper's archives for September 2014 (or any other month), nor did we find reference to it in any other credible publication.

The first iteration of this quote we could uncover appeared on the Tumblr page "Overpasses for America" in an article published on 19 August 2016, nearly two years after Soros allegedly issued these inflammatory remarks.

Aside from the suspicious lack of documentation for this alleged Soros quote, it's highly unlikely that the billionaire would be so open and candid about a plan to fund "Black Hate groups," manipulate the black community, and bring down the United States in a newspaper interview. (It also makes little sense for Soros, one of the world's richest people and most successful capitalists, to be motivated to dismantle the nation that is home to the planet's largest economy.)

Fake quotes are frequently accompanied by false source information in order to make them appear legitimate. This tactic has also been used for viral quotes ostensibly uttered by presidential candidates Donald Trump and Hillary Clinton, for example: Trump was accused of saying that Republicans were the "dumbest group of voters" during an interview with People, and Clinton was accused of saying the same of Democratic voters in a 2005 book. Yet neither Clinton nor Trump made such comments.