Was George Soros Arrested in Switzerland in February 2019?

Conspiracy theorists continued their obsession with the 88-year-old philanthropist, this time accusing him of Satanic child abuse and other "crimes." 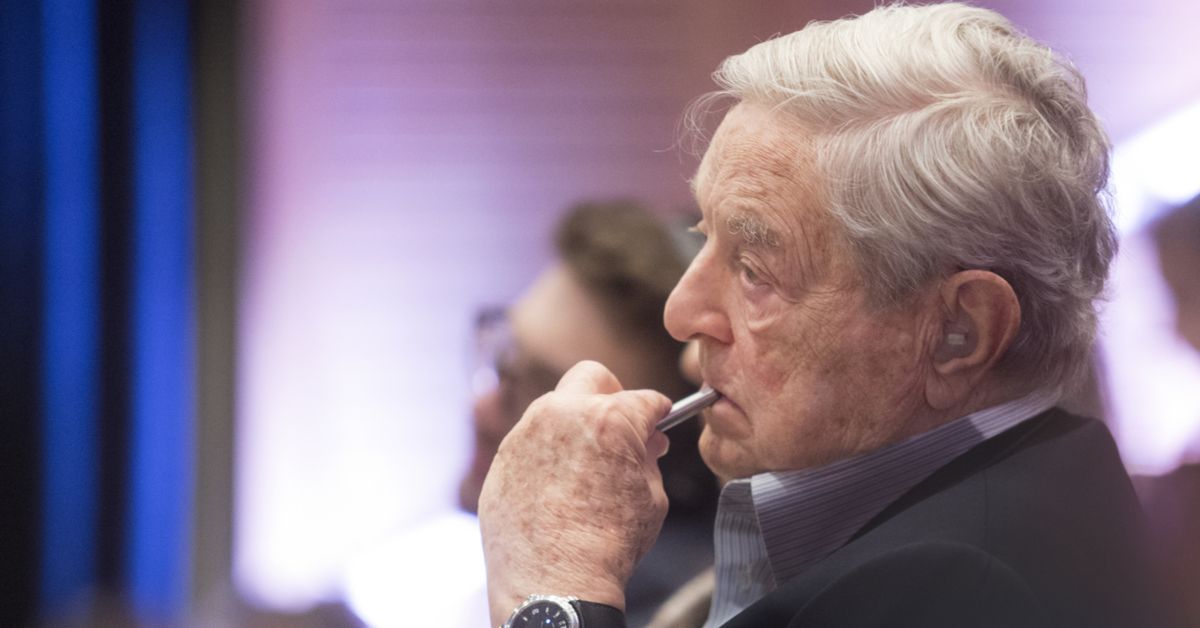 Claim:
George Soros was arrested in Switzerland in February 2019.
Rating:

George Soros, perhaps the most maligned and lied-about public figure alive, was once again the target of another garbled and malicious rumor in February 2019, when conspiracy theory websites reported the "breaking news" that he had been arrested in Switzerland -- based on information provided by former U.S. President Barack Obama, who had himself been charged with treason against the United States and detained at Guantanamo Bay for a month.

Soros, an 88-year-old financier and philanthropist known for championing and funding pro-democracy and civil society causes, has for years been the subject of widespread slander, misinformation and conspiracy theories, many of which we have examined and debunked.

In October 2018, alleged domestic terrorist Cesar Sayoc was charged with mailing a pipe bomb to the homes of several prominent perceived liberal public figures and organizations, including Soros, Hillary and Bill Clinton, and Barack and Michelle Obama. Sayoc's social media profiles indicated that he had an obsessive hatred of Soros, one fueled by years of false, inflammatory and anti-Semitic conspiracy theories and allegations against him.

On 3 February, BeforeItsNews.com -- a junk news web site with a long record of publishing risible conspiracy theories and misinformation -- posted the following incoherent account of the purported arrest of Soros by a fictional coalition known as "the Alliance" (or the "Earth Alliance") and implicated Soros in a web of purported evildoing extending to ritual Satanic child abuse:

George Soros was said [sic] arrested in Switzerland at 13:23 GMT on Feb. 3 2019. Evidently members of what was known as the Alliance stormed his retreat at Saint Margrethenberg, Switzerland based on a tip from local police. The Alliance was a military force working under orders of the Pentagon, GITMO Military Tribunal Judges and in conjunction with legal entities across the globe.

Soros has been suspected to illegally influence US elections over the years, was thought behind thousands of immigrants forcing their way across the US Border, his organizations were believed to own and control software used in state voting machines and even worse, the multi billionaire was known to be a leader in the Vatican’s Ninth Circle Satanic Cult. He was thought behind regularly scheduled Satanic Child Sacrifice Rites and Human Hunting Parties organized under the Vatican and involving children and kidnapped teens across the globe ...

In something of a "grand slam" of conspiracy theories, the article claimed that the arrest of Soros was based on information provided by former U.S. President Barack Obama, who -- purportedly charged with treason for his involvement in two other debunked but resilient conspiracy theories relating to the 2012 attack on the U.S. embassy in Benghazi, Libya and the "Uranium One" saga -- had been detained at the U.S. military prison at Guantanamo Bay, Cuba:

Evidently the Alliance had enough evidence supplied by former US President Barak [sic] Obama and other informants at GITMO to arrest Soros. Obama was believed to have been incarcerated at GITMO for at least a month, exposing crimes of upper echelons of the Deep State to save his own skin. Obama was thought to have been charged with High Treason for multiple crimes including Uranium One and the Benghazi massacre.

Believed to be in poor health Soros was reported to have been prevented from committing suicide with a cyanide pill prior to capture. Presently he was thought to be under interrogation at a bunker near Gasternal, Switzerland.

This conspiracy theorist fantasy was republished on blogs and web sites including FreedomForHumanity2016, ConspiracyDailyUpdate, and OperationDisclosure. The article cited no sources whatsoever, and no corroboration for its outlandish claims could be found in either Swiss, American or international news media or law enforcement statements.

Soros-obsessed conspiracy theorists have previously fantasized about his arrest, incarceration and even death.