Did George H.W. Bush Say He Would Be 'Lynched' If Americans Knew the Truth?

The forty-first President of the United States allegedly uttered the statement in response to a journalist's question about Iran-Contra in 1992, yet it has eluded documentation for a quarter-century. 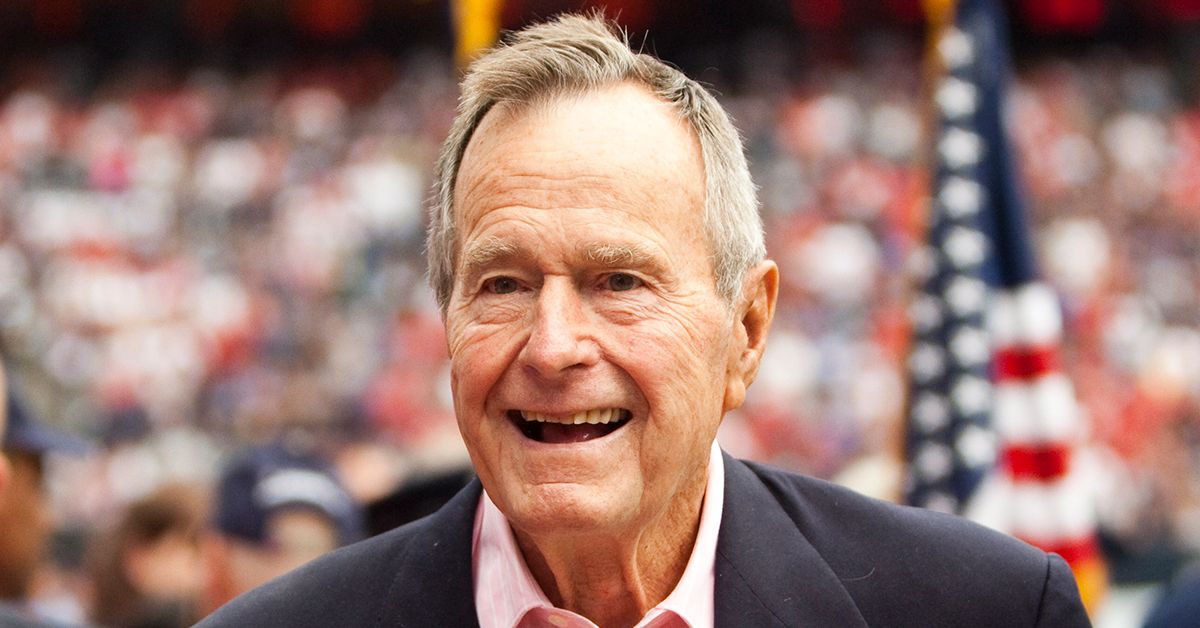 Claim:
George H.W. Bush once said: "If the people were to ever find out what we have done, we would be chased down the streets and lynched."
Rating:

The passing of George H.W. Bush on 30 November 2018 occasioned torrents of public praise for the forty-first President of the United States, as well as recitations of his perceived failings and alleged misdeeds as a public official.

As regards the latter, some commentators revisited Bush's pardoning of six former members of the Reagan administration who were involved in the Iran-Contra Affair and cover-up, a decision which, in the words of the New York Times, "decapitated" independent prosecutor Lawrence Walsh's efforts to bring the perpetrators to justice. They also pointed out that Bush withheld documents from investigators that could have shed light on his own suspected involvement in the affair, which took place during his tenure as Ronald Reagan's vice president.

Memes circulating after the announcement of Bush's death proffered a quote attributed to him that purportedly amounted to an admission of culpability in those and other nefarious doings:

Attention Patriots! Daddy (NWO) Bush was one of the evilest men to slither across this planet. He's right up there with George (Nazi) Soros, and the Crookton's. He hated our President, and endorsed Crooked Killary. pic.twitter.com/5U77kl4kwR

Variants of this statement have been making the online rounds since the mid-1990s. Whenever a source for those words is cited, it is invariably the famous White House correspondent Sarah McClendon, who wrote for several national publications, operated her eponymous news service, and for decades published a widely-read newsletter, Sarah McClendon's Washington Report.

This 2004 iteration, in which it was claimed that the quote in question appeared in a June 1992 issue of McClendon's newsletter, is typical:

“If the people were to ever find out what we have done, we would be chased down the streets and lynched.” — George H. W. Bush, cited in the June, 1992 Sarah McClendon Newsletter

In other variants the date of the statement is given as December 1992. This version from the Democratic Underground message board was posted in July 2005:

"Sarah, if the American people had ever known the truth about what we Bushes have done to this nation, we would be chased down in the streets and lynched."

Despite the seeming unanimity as to the statement's alleged source, there is no dearth of reasons to doubt the statement's authenticity. None of the variants we examined cited a specific issue of McClendon's newsletter (which was usually published biweekly, not monthly), for example. Nor, tellingly, was the statement repeated or commented on by other mainstream journalists or publications, despite its explosive implications and the prominence of the cited source. It was not quoted in any biographies of George H.W. Bush, nor was it to be found in any of the academic and popular histories of the period we checked.

The furthest back we were able to trace the quote was an anecdotal report posted online in October 1995, secondarily sourced to an interview on a radio program devoted to far-right conspiracy theories:

Q: There are still many who believe Iran-contra was not a government-sponsored affair; that those who were responsible were part of a so-called "rogue" operation by people who did it for their own profit.

A: To some extent, it's true. I've been asked about this before. There were billions upon billions of dollars raised, ostensibly to support a 50,000-man rebel army in Nicaragua. And the money raised was certainly vast resources beyond what was necessary to support that army. When Oliver North, before the Kerry Senate hearing was asked by Senator Dan Inouye, how much of those billions that the taxpayers were raped and pillaged for actually went to support the Nicaraguan contras, North himself said in public testimony that it was only 3 percent.

Q: Only 3 percent? That means 97 percent went somewhere else.

A: It went into people's pockets. General Secord certainly profited handsomely. General John Singlaub and a host of others did likewise. However, would it have been possible for these men to carry out such an enormous conspiracy, to traffic in such enormous quantities of illegal items, without the duplicity and complicity of the United States government?

Q: I don't see how it would have been possible.

A: It would not have been possible, and it was not possible at the time to do so. I think George Bush said it very well in an interview with Sarah McClendon, the grand dame of the Washington press corps. When Bush consented to an interview with Mrs. McClendon in June of 1992, he said on record, which she printed in her newsletter that month, when she asked him about Iran-contra and he said, (and I'm quoting from her newsletter): "If the people were to ever find out what we have done, we would be chased down the streets and lynched." This was a public comment by George Bush.

A: He said it, and it was printed in Mrs. McClendon's newsletter in June of 1992.

In point of fact, however, neither the quote nor any remark resembling it can be found in any of the five issues of Sarah McClendon's Washington Report (that we know of) published in June and December of 1992, even though Bush and Iran-Contra are discussed in them.

It seems preposterous, moreover, that Bush, who always publicly denied having firsthand knowledge of the machinations underlying Iran-Contra (despite entries suggesting the contrary in diaries released in 1993), would have made such an openly self-incriminating admission to a journalist. More preposterous still, the remark received no subsequent press coverage.

Given that more than a quarter-century has passed since Bush allegedly uttered the statement, yet no one since has been able to document a verifiable primary source, we rate the claim that he said it False.