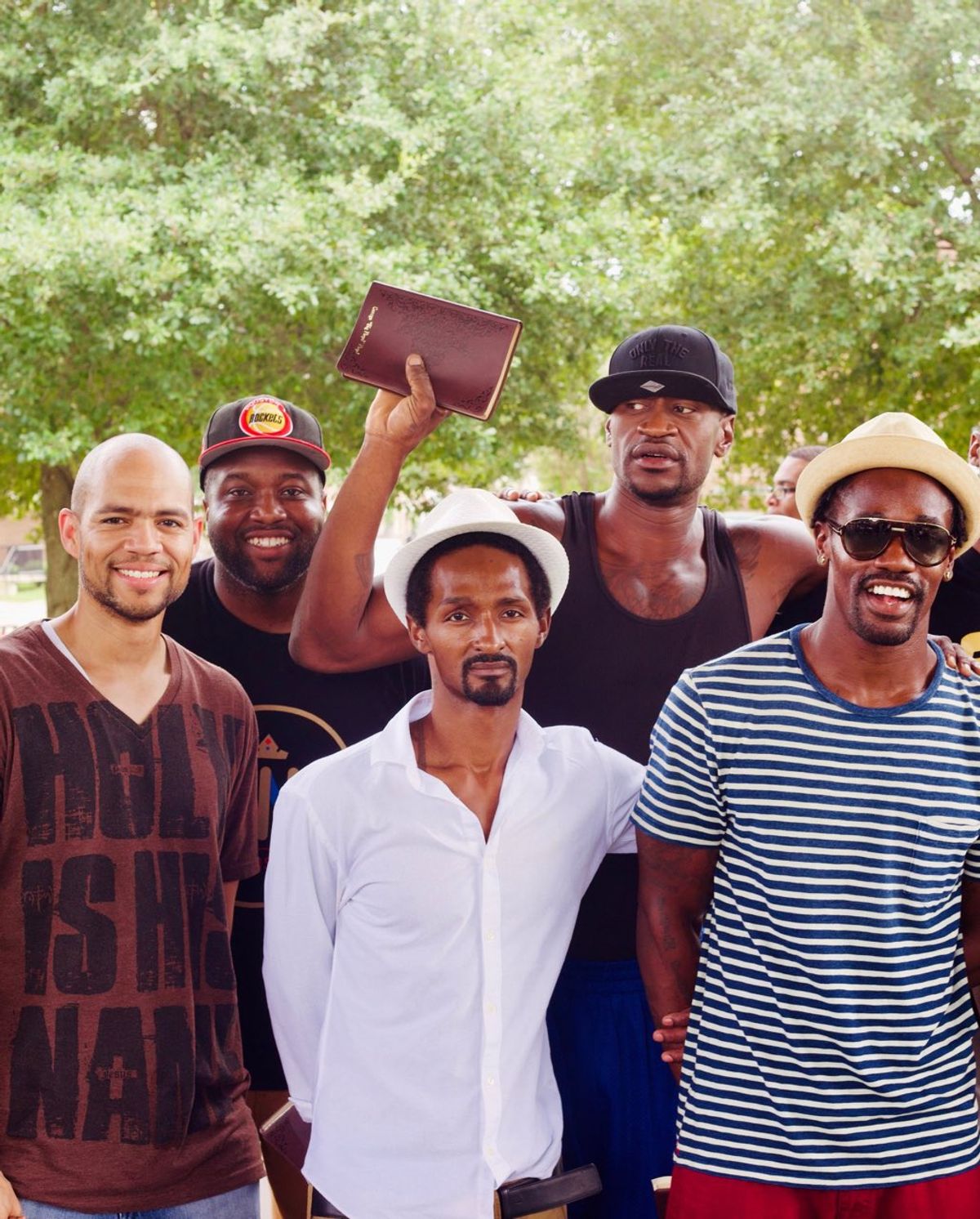 In late May 2020, social media users circulated an image of tall, hat-wearing man holding up a Bible with captions stating that the image depicted George Floyd, the unarmed black man who died on May 25 while in police custody in Minneapolis, sparking nationwide outrage, protests and unrest.

Video showing Floyd pinned on the ground by then-Minneapolis police officer Derek Chauvin, who held his knee on Floyd's neck as Floyd pleaded that he could not breathe before he lost consciousness, sparked widespread condemnation and protests and destruction across the country.

The image of Floyd with the Bible is below:

According to Christianity Today, Floyd was a devout Christian who worked to mentor and spread faith to members of his neighborhood, the Third Ward in Houston, where he lived before relocating to Minneapolis for a job opportunity. The magazine reported:

Before moving to Minneapolis for a job opportunity through a Christian work program, the 46-year-old spent almost his entire life in the historically black Third Ward, where he was called “Big Floyd” and regarded as an “OG,” a de-facto community leader and elder statesmen, his ministry partners say.

Floyd spoke of breaking the cycle of violence he saw among young people and used his influence to bring outside ministries to the area to do discipleship and outreach, particularly in the Cuney Homes housing project, locally known as “the Bricks.”

Chauvin, who was fired along with three other officers seen in the video shortly after it went public, has been charged with murder.