Did George Clooney Slam Trump and His Talk of a 'Hollywood Elite'?

In late 2020, the world-famous actor and director was quoted as calling the outgoing president a "guy who takes a s--- in a gold toilet." 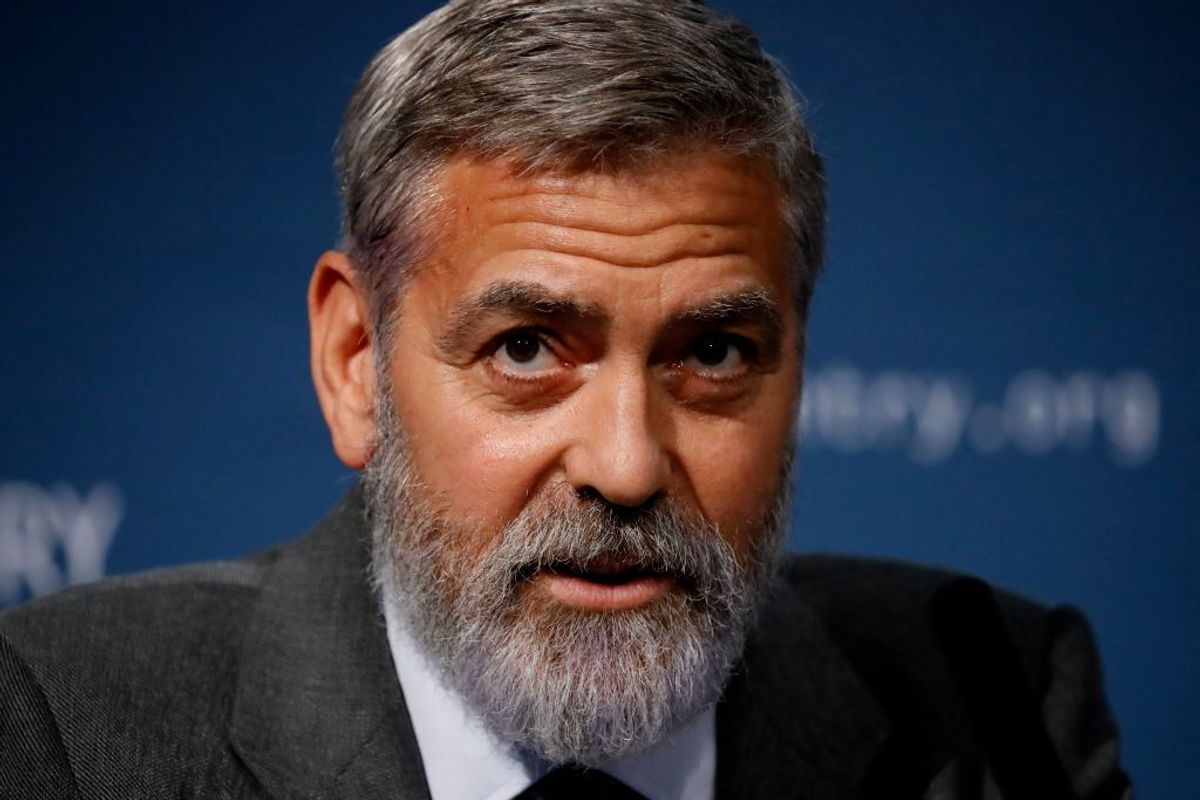 Claim:
George Clooney once launched a diatribe against Donald Trump, describing the actor's own modest background, accusing Trump of hypocrisy, and saying "F--- you."
Rating:

In December 2020, readers asked Snopes to check the authenticity and accuracy of a diatribe against outgoing U.S. President Donald Trump, widely attributed to actor and director George Clooney.

The speech has been shared many thousands of times over the past three years, in social media posts, and in the form of memes. For unknown reasons, it enjoyed something of a resurgence in October and December 2020.

George Clooney's response after Trump accused him of being a "Hollywood elite".

"Here’s the thing: I grew up in Kentucky. I sold insurance door-to-door. I sold ladies’ shoes. I worked at an all-night liquor store. I would buy suits that were too big and too long and cut the bottom of the pants off to make ties so I’d have a tie to go on job interviews. I grew up understanding what it was like to not have health insurance for eight years. So this idea that I’m somehow the 'Hollywood elite' and this guy who takes a shit in a gold toilet is somehow the man of the people is laughable.

"People in Hollywood, for the most part, are people from the Midwest who moved to Hollywood to have a career. So this idea of 'coastal elites' living in a bubble is ridiculous. Who lives in a bigger bubble? He lives in a gold tower and has twelve people in his company. He doesn’t run a corporation of hundreds of thousands of people he employs and takes care of. He ran a company of twelve people! Some of those posts and memes contained a small number of very minor tweaks in wording, but overall, they accurately and fairly attributed the diatribe to Clooney, who did indeed hammer Trump as a "guy who takes a shit in a gold toilet" and "lives in a gold tower," and did indeed finish his speech by telling Trump "Fuck you!"

Clooney's remarks came in the context of an interview with the Daily Beast, published on Sept. 22, 2017. Many of the viral social media posts claimed Clooney was speaking in response to Trump's accusation that Clooney was part of a "Hollywood elite."

But that's not quite right. The question (or prompt) to which Clooney was responding was, "Trump has been stoking this culture war between “coastal elites” and Middle America — the irony of course being that Trump himself is a “coastal elite." Below is the exchange as it appeared in its original context: