Does This Photo Show a 'Genius D-Day Invention'?

Our research led us to Operation PLUTO. 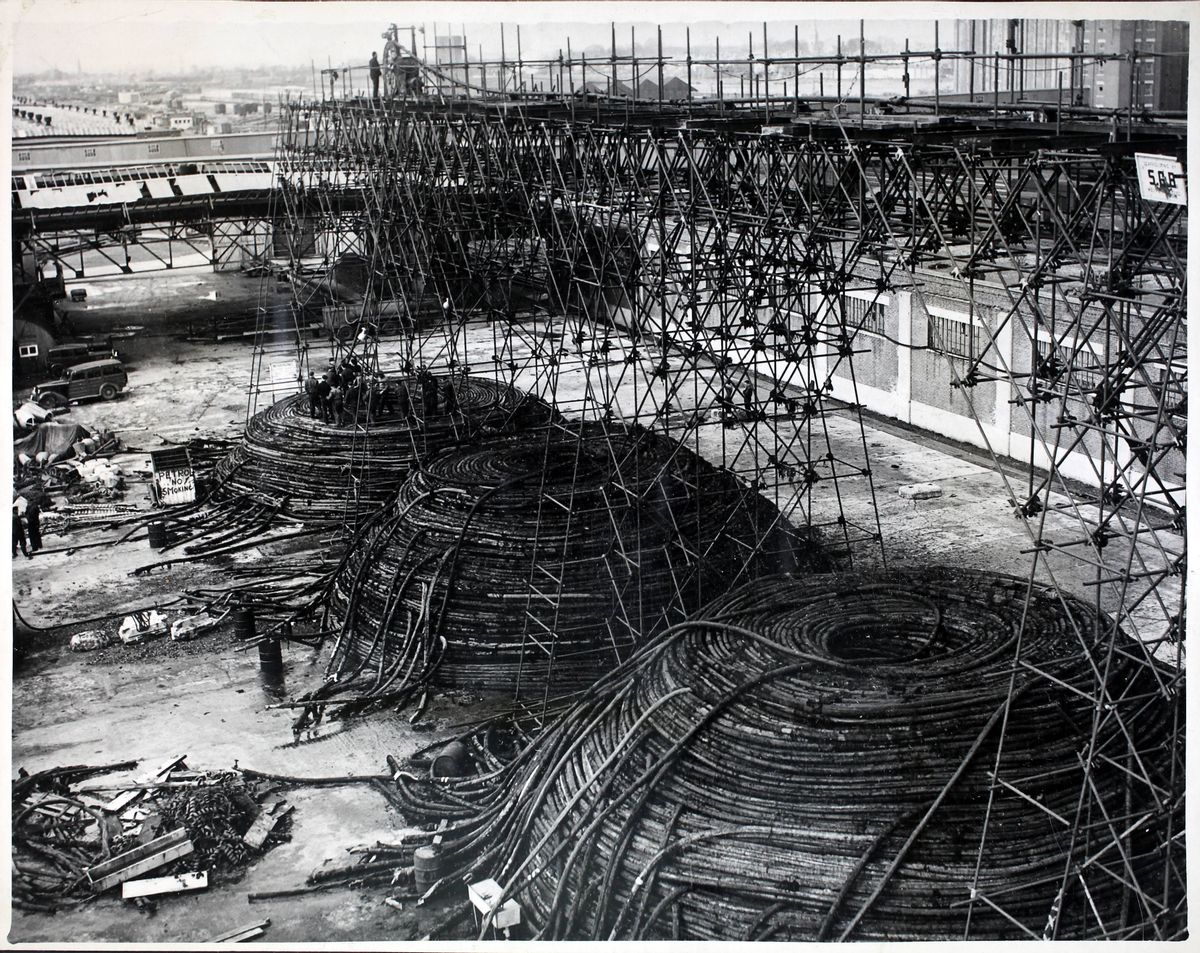 Claim:
A photo of three massive coils of pipe shows a "genius D-Day invention that helped win the war."
Rating:

In late December 2021, an online advertisement showed three massive coils of what appeared to be wire or pipe on the ground at a facility. It read: "Genius D-Day Inventions that Helped Win the War." The D-Day invasion of Normandy occurred on June 6, 1944. The ad appeared on MSNBC.com and other news websites that displayed ads from the Taboola advertising network.

In the past, such military ads often ended up being misleading. However, this one was true.

We clicked the ad. On page 20 of the lengthy article, it revealed that the picture showed part of what was known as Operation PLUTO. The acronym stood for "Pipe Line Under The Ocean." We confirmed the photo's authenticity on the Getty Images website.

The pipes carried gasoline to help the Allied war effort. The progress made in the weeks following D-Day allowed the operation to be completed by August 1944. In other words, the pipeline wasn't used for D-Day. Rather, the Allied invasion allowed for the operation to later be successful. A man standing next to one of the spools, then called a "Conundrum," for Operation PLUTO's oil pipeline in 1944. (Photo by Keystone-France/Gamma-Keystone via Getty Images) An alternate view of one of the "Conundrum" spools for Operation PLUTO's oil pipeline in 1944. (Photo by Imperial War Museums via Getty Images)

On May 30, 1945, the Kingston Whig-Standard reported on the secret operation, calling it "one of the most closely guarded secrets of the invasion of Europe."

From Aug. 12, 1944, to May 8, 1945, about 120,000,000 gallons of gasoline reached the Anglo-American armies via the pipeline system laid under the English Channel by British engineers in co-operation with the British Navy. One million gallons daily still reach Frances through the 20 undersea pipelines, 16 running from Dungeness to Boulogne, four from the Isle of Wight to Cherbourg. From there the gasoline is carried via high pressure lines to the Rhine.

Operation PLUTO guaranteed uninterrupted delivery of bulk petroleum (which usually needs a special harbour and dock and extensive storage facilities) across the beaches, making it invulnerable from air, surface, or submarine attack, and completely independent of the weather.

Winston Churchill, the former prime minister of the United Kingdom, once paid tribute to the feat of British engineering:

"It is now possible to reveal the existence of an oil pipeline system under the sea stretching across the Channel to the Continent.

A large part of the Allied Expeditionary Force has been supplied with petrol by this unique method, which provides for petroleum the same kind of facilities upon a hostile shore that the Mulberry harbours provided for general military stores.

Operation PLUTO is a wholly British achievement and a feat of amphibious engineering skill of which we may well be proud." A "Conundrum" loaded with pipe and ready to be carried out to sea. (Courtesy: United Kingdom Government/Wikimedia Commons, 1944)

General Dwight D. Eisenhower also expressed his "warm appreciation of the work the PLUTO pipelines have done in supplying United States as well as British forces in their drive into Germany."

An old British Pathé newsreel provided a glimpse at how the entire process worked from planning to execution:

In sum, yes, the impressive photo of massive coils of pipe did show something that helped to win the war. They supplied hundreds of millions of gallons of fuel for Allied forces, helping in the effort to drive Germany to surrender in early May 1945.

For more information on Operation PLUTO, we recommend this page on the D-Day Revisited website.