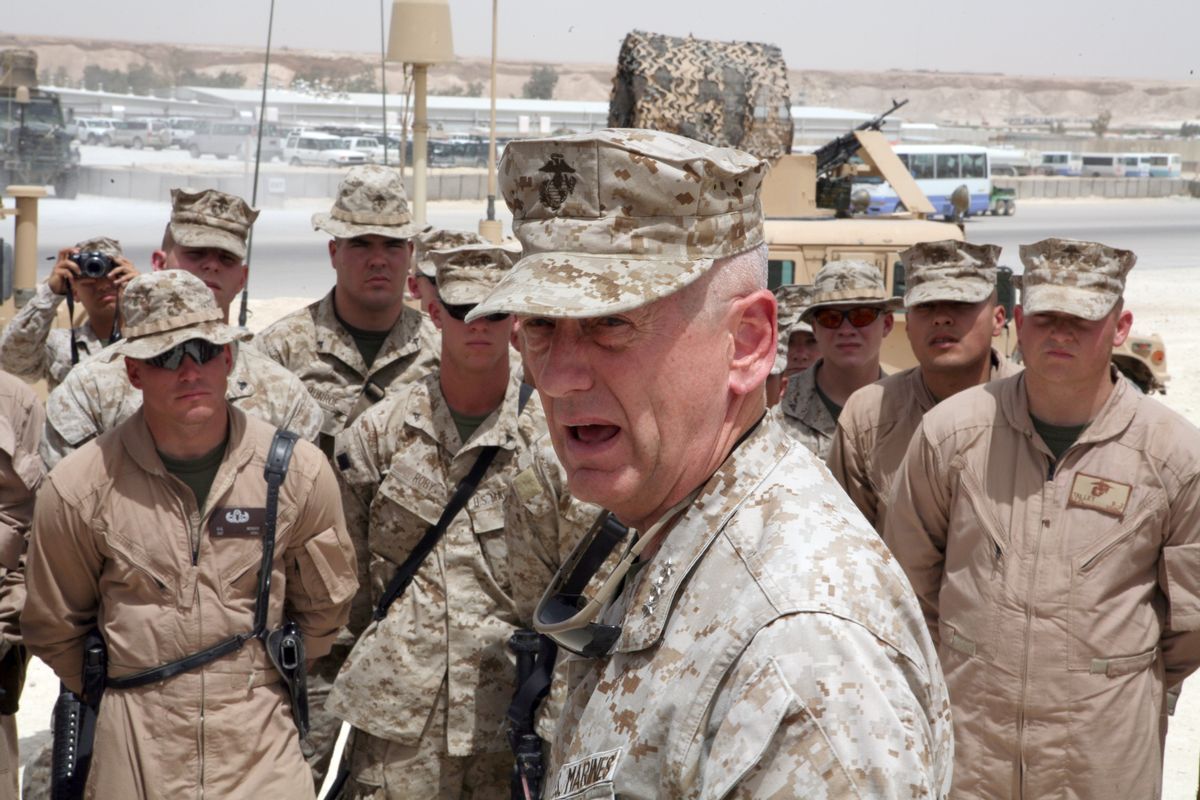 A story about a military general who tells returning veterans that anti-war protesters are "pussies" has been on the Internet since at least 2003, and was initially attributed to Army General Tommy Franks.

After President-elect Donald Trump selected retired Marine Corps Gen. James "Mad Dog" Mattis to serve as Secretary of Defense in his administration, multiple web sites reported that apocryphal story as fact (some bearing variations of the headline: "These Are The 7 Most Alpha Quotes From Trump’s Future Secretary Of Defense.")

When you men get home and face an anti-war protester, look at him in the eyes and shake his hand. Then, wink at his girlfriend because she knows she’s dating a pussy.

While we were unable to verify the original source of the quote, the earliest instance we could find was on the message board "Tilted Forum Project", where it was attributed to Franks. Franks prosecuted two wars in Afghanistan and Iraq under the preceding Bush administration, after the 11 September 2001 attacks in the United States.

After Trump selected Mattis and it hit the news cycle, the quote was exhumed from the web but reattributed to Mattis, even being included in a Ranker list of the "very best" Mattis quotes. We were unable to verify where the quote originated or with who, but it did not originate with Mattis.

Russ Read. "These Are the 7 Most Alpha Quotes From Trump’s Future Secretary of Defense."   The Daily Caller. 1 December 2016.