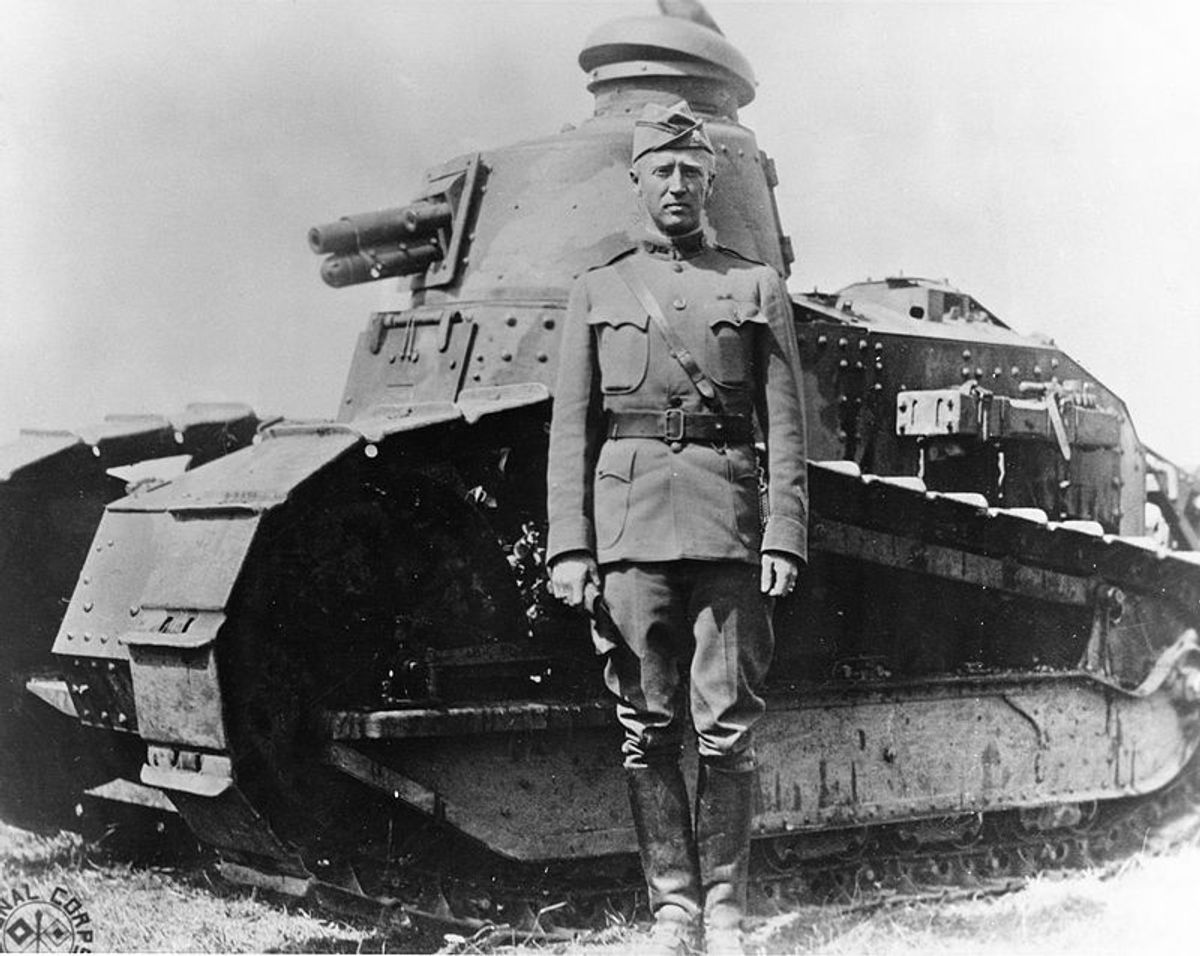 On 23 October 2015, the Facebook page "Nation in Distress" posted an image of famed U.S. General George S. Patton, along with a quote supposedly uttered by him about liberal democrats: While the meme is relatively new, the quote has been circulating by itself for several years, having appeared in the 1983 book The Unknown Patton by Charles M. Province.

While The Unknown Patton written by a George S. Patton fanatic and contained dozens of quotes from the general, it shouldn't be considered an authoritative part of the historical record, as Province acknowledged in his introduction:

Although this book contains biographical information concerning General Patton, it is not a biography. The general scope of this book is twofold; to isolate and assess some of the major controversies that Patton encountered, and to bring to light some interesting information about Patton and his life that has not been previously brought to public attention.

It will be noticed that the book is written without footnotes added to the text. The reason for this is to attempt to create a simple, readable format which could be easily absorbed or digested without forcing the reader to halt at various intervals to check on some reference point which could interfere with concentration. Although there are no footnotes, there was massive research completed for the book. In the appendix there is a complete list of all sources of reference.

While not all source material was taken literally into quotations or even utilized as pure textual content, they were used rather as background data to supply a feeling or understanding of a situation prior to writing about it.

While Province claimed to have done "massive research" for the book, his lack of footnotes made it impossible to trace the provenance of this quote to a specific source. Also, Province acknowledged that some of his source material was not literal and was instead used to provide "background data" to better understand General Patton.

So, while many of the quotes in The Unknown Patton are accurate, others such as Patton's purported utterance of the phrase "Politicians are the lowest forms of life and liberal democrats are the lowest forms of politicians," are unsourced, were previously not attributed to him, and were apparently provided as anecdotal evidence of Patton's ideology.

The statement that "government is bad and that politicians are the lowest form of life" appeared in The College Anthology, published in 1949, and President Harry S. Truman recorded in his diary on 22 May 1945 that a professional liberal was "the lowest form of politician." It's improbable that Patton (who passed away in 1945) originated or repeated either expression.

It should also be noted that the term "liberal Democrat" wasn't a common phrase during Patton's lifetime (1885-1945), as back then both major political parties had liberal and conservative wings; and the term "liberal" was not yet the political pejorative that it became around the time The Unknown Patton was published.