Did Gene Simmons Have a Cow's Tongue Grafted Onto His Own?

What's not to believe about a band founded as much on outrageousness as on music? 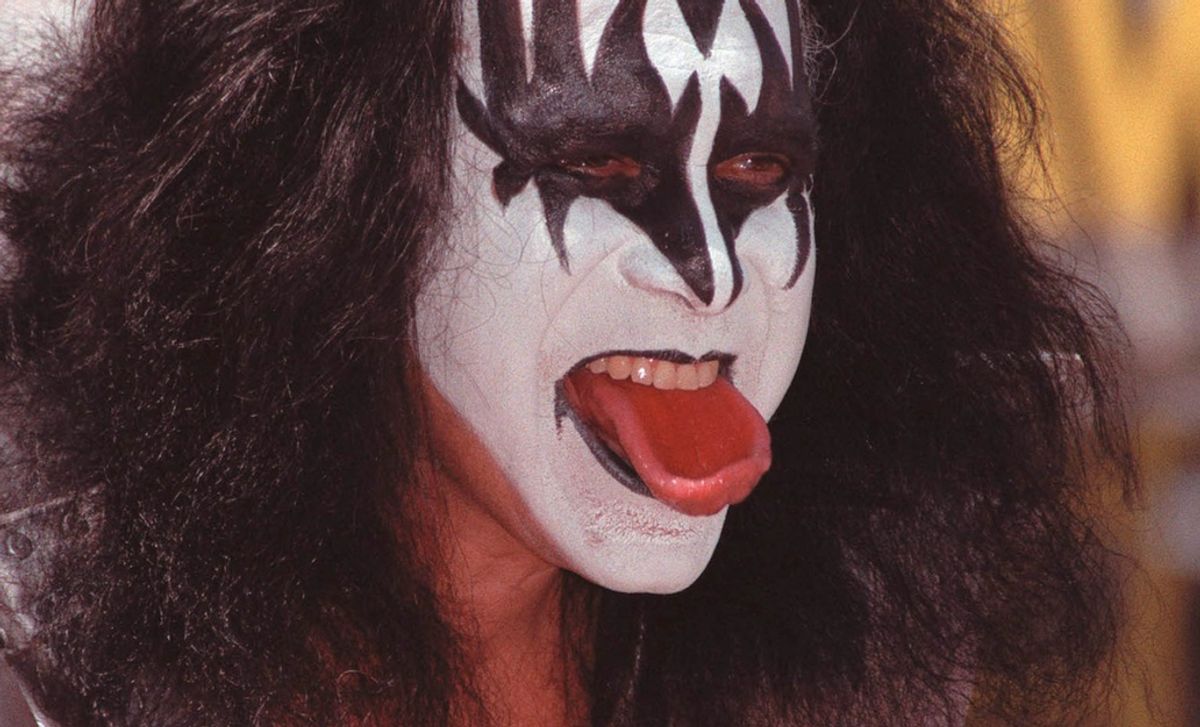 Claim:
KISS bassist Gene Simmons had a cow's tongue grafted onto his own.
Rating:

As Ottawa Citizen columnist Lynn Saxberg wrote of the origins of the rock band KISS:

From the beginning, Simmons was determined to get attention with his new band. Taking his cues from the glam theatrics of David Bowie and the brash sneer of the Dolls, the concept was fiendishly clever: Songs that were as simple and thunderous as an ogre's heartbeat. A stage show that was bigger, louder and more fiery than any other band's. And black-and-silver superhero costumes that created a mystique.

Bassist Simmons (the former schoolteacher) became the notorious "Demon," famous for his rude, waggling tongue and fire- and blood-spewing. Stanley was "Starchild," the swaggering "Love God" on lead vocals. Lead guitarist Frehley was "Space Ace" from another planet, and drummer Criss was "The Cat."

Overnight, it seemed, Kiss was the band that kids loved, and parents, teachers and the moral majority hated. By today's Eminem and Marilyn party-all-night manifesto seems harmless, even laughable, but back then it was believed to encourage delinquency, rebellion and other nasty things.

What was not to believe about a band founded as much on outrageousness as on music? Especially one whose stage act featured "Kabuki makeup, tight leathers, codpieces, pyrotechnics and fire-breathing and blood-spitting side show"? The fire-breathing and blood-spitting (the "blood" was reportedly a mixture of melted butter, food coloring, ketchup, eggs, and yogurt) were the province of bassist Gene of the impossibly long whom no rumor was seemingly too incredible to gain a foothold among KISS's army of pre-pubescent fans:

When I was in grade school in the mid-'70s, the cool boys at the back of the school bus listened to Kiss. They were 10-year-old bullies in black emblazoned with the Kiss logo who spent much of the ride home debating whether Gene Simmons really had a cow tongue grafted to his own tongue.

That an oral appendage as long as Simmons' couldn't have been a product of an unaided Mother Nature, that Simmons must have had at least a little help from a surgeon, was a tale kids could readily believe and one Simmons has since described as his favorite KISS rumor.

Even if the state of medical technology back in the 1970s allowed for human-bovine melding, anyone who has checked out a cow's tongue at a deli or grocery store meat counter knows how huge one of those things is. If Gene Simmons had had even a small part of a cow's tongue grafted onto his own, he must have had his mouth enlarged to make room for it at the same time. (Either that or he just started folding it up to keep it in his mouth.)

But, as Simmons wrote in his autobiography, his unusual tongue was indeed the work of Mother Nature alone, a feature whose distinctiveness (and value) he first realized in his early teens:

I was oblivious, for the first thirteen years of my life, that I was endowed with a large oral appendage, my superlong tongue. It really was longer than everyone else's, and I was soon to find out that having a long tongue came in handy with the girls.