The striking picture of an elderly man holding a sign that read "Men of quality do not fear equality" has proven popular online since 2020. 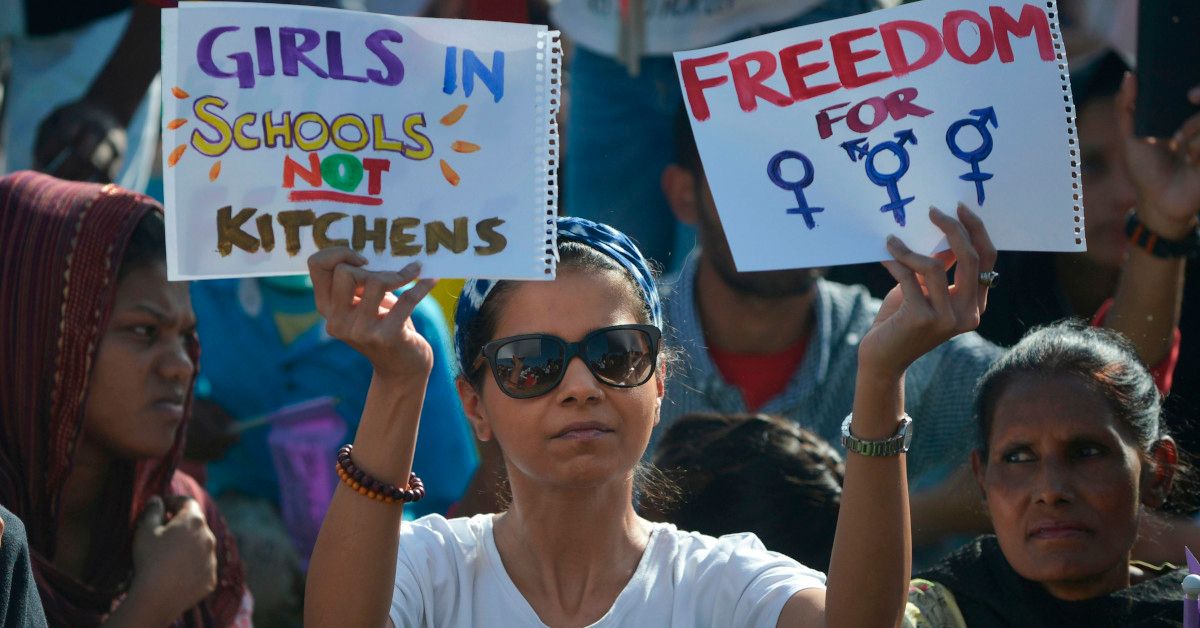 Claim:
A widely shared photograph showing an elderly man holding a pro-gender equality placard was authentic and taken during a women's march in Pakistan.
Rating:

A popular photograph of a man holding a striking, pro-gender equality placard at a protest re-gained prominence online in September and October 2021. The picture shows an elderly man surrounded by others, standing on the street, and holding a sign that reads: "Men of quality do not fear equality."

It has been shared and widely admired on the forum Reddit on several occasions in 2020 and 2021: The sign is highly likely to have been authentic, and the photograph was almost certainly taken on March 8, 2020, in the Pakistani city of Lahore, during a women's rights demonstration known as the Aurat March (from the Urdu word for "woman").

However, we have not yet been able to definitively identify the person who took the picture, the date on which it was taken, and the exact location. Nor have we been able to find any other pictures of the same man, holding the same sign. As such, we cannot rule out the possibility — although unlikely — that the message on the sign was the result of digital manipulation. As such, we're issuing a truth rating for now of "Unproven."

The earliest instances of the picture we could find were all posted online on March 8, 2020, and in the context of the Lahore Aurat March — an annual rally in favor of women's rights and gender equality, and in opposition to violence against women — which has taken place in several cities in Pakistan since 2018. It is scheduled for March 8 each year, in order to coincide with International Women's Day.

A sign on the wall in the background of the picture in question refers to the Public Service Academy, a college for Pakistani civil service entrants, which is in Lahore, and Snopes could not find any posting of the picture from earlier than March 8, 2020, meaning the setting for the photograph was almost certainly that year's Aurat March in Lahore.

There is also little reason to doubt the sign's authenticity, since male participants in the protest marches have frequently carried signs with the same message: "Men of quality do not/don't fear equality": The very earliest online posting of the picture came in a March 8, 2020 tweet by Nayab Jan, a prominent Pakistani activist and supporter of the Aurat March. She told Snopes she might have taken the photograph herself, while in attendance at the Lahore demonstration, but could not recall with certainty.

If evidence becomes available that allows us to confirm without question the authenticity of the sign and photograph, we will update this fact check accordingly.