Did Gay Men Take Over the #ProudBoys Hashtag on Social Media?

Photographs of LBGTQ love flooded Twitter in an attempt to drown out the white supremacist organization. 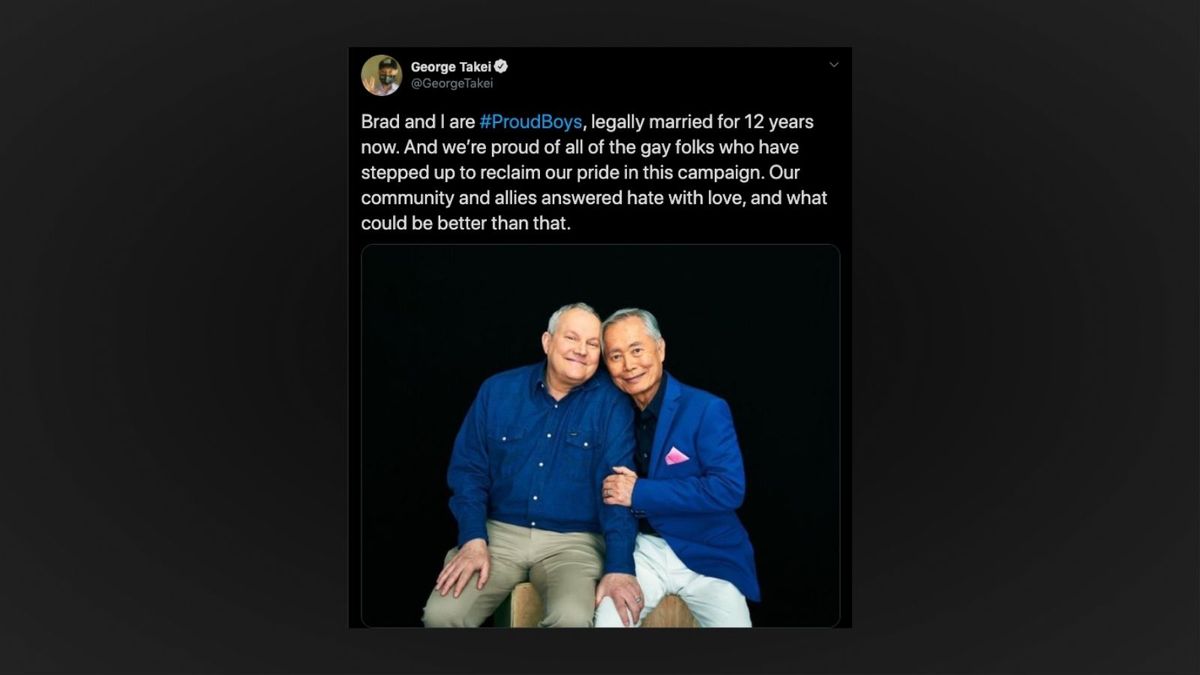 Claim:
Gay men reclaimed the hashtag #ProudBoys from the white supremacist organization of the same name in order to celebrate LBGTQ love.
Rating:

After U.S. President Donald Trump failed to condemn the Proud Boys during the first presidential debate on Sept. 29, interest in the hate group grew. During the debate, moderator Chris Wallace asked the president to disavow white supremacists, with Democratic candidate Joe Biden naming the Proud Boys' as one such group to condemn.

Trump responded by telling the far-right group founded in 2016 to “stand back and stand by,” thereby emboldening its members according to law enforcement, and resulting in the group posting the president's words on their logo.

Although Trump condemned white supremacists — including the Proud Boys — two days after the debate, various LGBTQ groups decided to reclaim the term “Proud Boys” and flooded social media with images and posts celebrating their love under the hashtag #ProudBoys. While we are not sure of the exact origin of the trend, many point to this Oct. 1 tweet from "Star Trek" actor George Takei as the start:

This was followed by many more posts from men who identified as gay, sharing photographs celebrating their partners:

(We should note that the Proud Boys have no official presence on Twitter. They were removed from the platform in 2018 because they violated the social media organization's policies prohibiting violent extremist groups.)

As of Oct. 5, 2020, Twitter mainly showed gay men celebrating their love, including photos of their partners, weddings, and other imagery — overshadowing the message of hate or divisiveness usually seen accompanied by the #ProudBoys hashtag. According to Forbes, members of Proud Boys reacted angrily to the takeover on Twitter by gay men by posting criticism and hate messages on Parler, another social media outlet.

Given how widely the trend spread online featuring many posts by men who identified as gay, along with the ensuing media coverage, we rate this claim as "True."