Were Gatorade Bottles Designed with a Cap Holder on the Bottom?

An image shows a cap neatly nestled into the bottom of a Gatorade bottle, but this is not an intentional design feature. 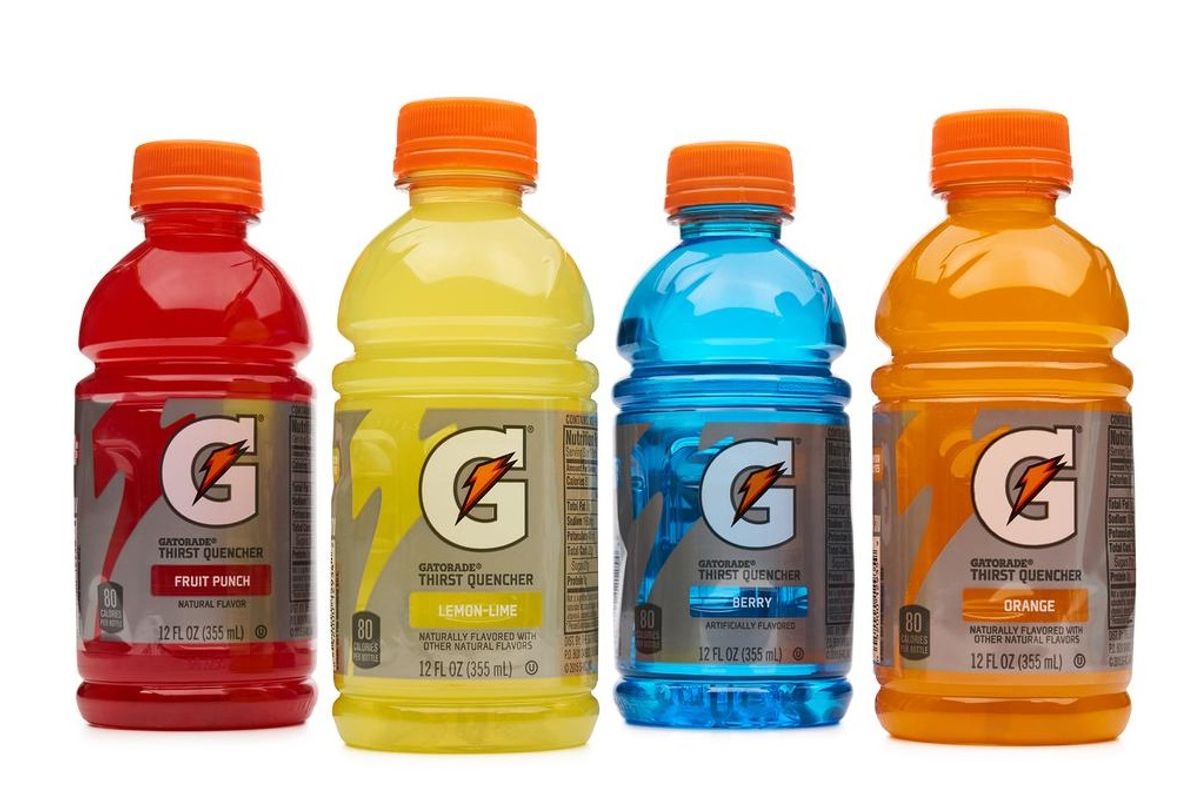 Claim:
Gatorade bottles were designed with a built-in cap holder in the bottom.
Rating:

An alleged design feature built into the bottom of plastic bottles of Gatorade brand sports drinks, one which had supposedly been hiding in plain sight for years, was seemingly revealed in August 2018 when a photograph showing a bright orange cap safely secured in an indentation on the bottom of a Gatorade bottle was posted online: It's unclear who was originally responsible for this image. One popular posting was shared by Macon, Georgia, sports anchor Marvin James on Twitter with the following caption: "I was today years old when I found out the bottom of a Gatorade frost bottle is made to hold the cap":

I was today years old when I found out the bottom of a Gatorade frost bottle is made to hold the cap ? pic.twitter.com/gOSsdn6bpb

Although the bottom of some of the company's bottles may be able to hold their caps in some parts of the world -- Gatorade is a global company and offers products packaged in a variety of shapes and sizes -- there's no evidence that the company purposefully designed this feature into their bottles.

For one, we were unable to find any marketing material touting this design feature. We also examined various patents covering the design of the Gatorade bottle and found no mention of an underside lid holder. A patent covering the design of Gatorade's 20-oz. sports bottle filed in 1997 by Stokely Van Camp, the beverage's original distributor, makes no mention of any intended cap holder in the bottom of the bottle: A similarly featureless bottom can be spotted on the patent for the 24-oz. bottle.

We reached out to Gatorade for comment on this supposed design feature, and a company spokesperson told us that "I have confirmed that this image has been altered, so we’re sad to say there is currently no handy cap holder under a Gatorade bottle."

Although we're not certain if the viral image was actually altered, it seems clear that Gatorade did not design the bottom of their bottles to provide a handy holding place for their caps.