Is Bill Gates Funding Efforts To Block The Sun? 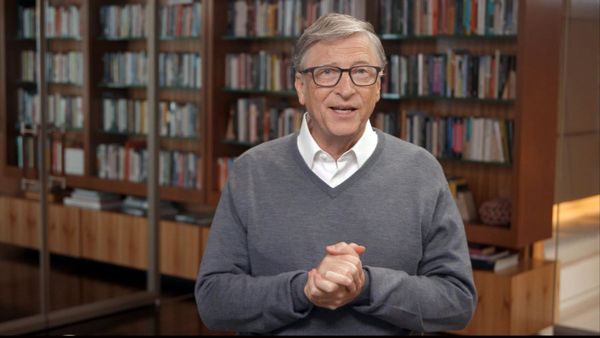 Claim:
A project funded by Bill Gates "would help block out the sun."
Rating:

Since 2007, Bill Gates has funded research initiatives that, in part, provide grants for experiments related to solar radiation management — a form of geoengineering controversially proposed as a last-ditch solution to anthropogenic global warming. A Harvard experiment named SCoPEx is supported in part by these initiatives.

The project at issue in several sensationalized news stories, SCoPEx, is an experiment designed to collect data for the purpose of refining computer models that simulate solar radiation management, not to implement an actual test of the practice. The most the experiment would seek to do is release two kilograms (4.4 pounds) of non-toxic dust from a weather balloon 12 miles high in the sky.

Bill Gates is a popular target of conspiracy theories characterizing his charitable giving as evidence of a nefarious world domination scheme. In late December 2020, reacting to reporting from Reuters, the Western Journal published a story titled "Bill Gates' Savior Complex Spirals Out of Control, Funds Sun-Dimming Plan To Save the Human Race." In that piece, the outlet represented a Harvard University project named SCoPEx, partially funded by Gates, to be a catastrophic threat to humanity and a literal test of a form of geoengineering known as solar radiation management — releasing aerosols into the atmosphere as a way to cool the planet and counter global warming.

The Western Journals reporting, and other claims in its vein, reference or combine a December 2020 Reuters story with elements of a scientifically confused profile of the SCoPEx project published in 2019 by the British tabloid Daily Mail. The stories or tweets generally assert or imply that: Bill Gates is funding research that will literally dim the sun; that he "wants to" use this form of geoengineering as a tool to fight climate change; that SCoPEx specifically seeks to test the theory that "spraying particles into the atmosphere" can reduce warming; and that scientists think SCoPEx itself could produce global unintended consequences.

Such assertions or implications are misleading in several regards described in detail below. Briefly, it is true that Gates has funded research that includes theoretical studies into the feasibility of solar radiation management. SCoPEx is one of those projects. It is, however, a mischaracterization to suggest that SCoPEx seeks to test geoengineering per se, that a geoengineered world is a desired outcome for the people involved in the project, or that SCoPEx itself could disturb the global climate system.

The ultimate point of SCoPEx project is not to dim anything — scientists do not need to test whether aerosols block sunlight, that fact is already well established —  but instead to release a small amount of the calcium carbonate (no more than 4.4 pounds) into the wake of a propeller-driven weather balloon flying 12 miles above the arctic, creating a diffuse cloud that is roughly 1000 yards long and 100 yards in diameter.

The data gathered during this experiment would, among other things, help inform computer models that look into the potential risks of actual geoengineering. These models, the SCoPEx website explains, "are the primary tool for estimating the risks and benefits of solar geoengineering." To refine these models, scientists need to know how the aerosols interact with the atmosphere on a nanoscale. According to the project's website:

SCoPEx will make quantitative measurements of aspects of the aerosol microphysics and atmospheric chemistry that are currently highly uncertain in the simulations. It is not a test of solar geoengineering per se. Instead, it will observe how particles interact with one another, with the background stratospheric air, and with solar and infrared radiation. Improved understanding of these processes will help answer applied questions such as, is it possible to find aerosols that can reduce or eliminate ozone loss, without increasing other physical risks?

What is Bill Gates' Involvement?

In 2007, Gates created a grant-making research fund known as the Fund for Innovative Climate and Energy Research (FICER). SCoPEx is partly funded through FICER and partly funded by Harvard's Solar Geoengineering Research Program, which itself is funded by a number of foundations and other private donors, including Gates.

Due to the controversial subject matter (more on that below) and the fact that it is privately funded, SCoPEx is overseen by an outside panel of advisers run by Harvard. This group signs off on major research decisions and audits SCoPEx's finances. In a report made by that body, Gates' involvement is noted, but the proportion of the project funded by Gates is not publicly disclosed.

Why Is SCoPEx Controversial?

Scientists' concerns with solar radiation management generally fall into two categories: unknowns about potential unintended consequences in the global climate system, and the possibility such a solution, by providing a technological fix, would encourage further fossil fuel use in lieu of sustainable changes. The arguments underlying these concerns are outside the scope of this article, but a central feature of misinformed reporting on SCoPEx involves conflating scientists' or activists' views on solar radiation management in general with fears about SCoPEx specifically.

For example, no credible scientist is arguing that SCoPEx, by releasing 4.4 pounds of chalky power 12 miles above the arctic, will, as the Daily Mail put it, "trigger a disastrous series of chain reactions, creating climate havoc in the form of serious droughts and hurricanes, and bring death to millions of people around the world." Such statements describe popularly held concerns about the concept of geoengineering as a whole. For his part, SCoPEx researcher and Harvard Professor Frank Keutsch has argued that concerns like these are unsupported by scientific research and motivated more by fears about geoengineering being a problematic, pro-fossil fuel solution to global warming. In a December 2020 Boston Globe editorial, he wrote:

Why the sharp divergence between media and science? It’s driven, in part, by a well-intentioned sense of caution that solar geoengineering will weaken efforts to cut carbon emissions. This is geoengineering’s addiction problem, often called its moral hazard. If it encourages more fossil emissions by masking the climate pain they cause, then it is addictive because every ton of extra fossil carbon emissions increases climate risks, thereby increasing the demand for geoengineering to mask the pain.

Keutsch's counter, in essence, is that we don't yet know enough about the mechanics of the solution to adequately understand its risks. "Decision-makers and the public they serve need balanced information about the effectiveness and risks of geoengineering," he wrote in that editorial. "They are ill-served if the geoengineering’s real physical risks are conflated with the equally real political threat that geoengineering will be exploited by fossil fuel interest groups to block the transformation of our energy infrastructure away from carbon."

The concerns enumerated in Daily Mail and Reuters, when quoting from actual scientists, universally fall into the "slippery slope" line of reasoning — the notion that the only reason for the incremental work proposed by SCoPEx is to realize a dream of actually geoengineering the planet. The stated goal of SCoPEx, as described on the project website, is the collection of data regarding the microphysics of aerosols in the upper atmosphere so that computer models analyzing geoengineering can be as accurate as possible:

This experiment will help us learn more about the efficacy and risks of solar geoengineering. Computer modeling and laboratory work tell us some very useful things about solar geoengineering, but as with all other aspects of environmental science, computer models ultimately rest on observations of the real environment. Measuring the ways that aerosols alter stratospheric chemistry can, for example, improve the ability of global models to predict how large-scale geoengineering could possibly disrupt stratospheric ozone. Outdoor experiments can provide in situ perspective that is impossible to obtain in the laboratory and SCoPEx can help us validate important model parameters that have yet to been tested against measurements.

Slippery-slope arguments aside, this is a far cry from an attempt to geoengineer the world.

Does Bill Gates "Want" To Dim The Sun?

Many anti-Gates stories and memes suggest Gates philanthropic efforts' stem from things he "wants" to happen. In terms of solar radiation management, that is not the case. Gates argument, as described during a 2010 TED Talk, is that humanity should not be in a position, if global warming gets bad enough that geoengineering needs to be taken seriously, where we do not have the research to fully understand the mechanics of that solution:

If you get into that situation, it's like if you've been overeating, and you're about to have a heart attack. Then where do you go? You may need heart surgery or something. There is a line of research on what's called geoengineering, which are various techniques that would delay the heating to buy us 20 or 30 years to get our act together. Now, that's just an insurance policy; you hope you don't need to do that.

Some people say you shouldn't even work on the insurance policy because it might make you lazy, that you'll keep eating because you know heart surgery will be there to save you. I'm not sure that's wise, given the importance of the problem, but there's now the geoengineering discussion about: Should that be in the back pocket in case things happen faster, or this innovation [in sustainable energy] goes a lot slower than we expect?

As Keutsch has pointed out, this is not a fringe view, it is one held by several scientific bodies. In 2015, the National Academies of Sciences, for example, released a two-part report on climate interventions like solar radiation management. “If the world cannot slow emissions or the effects of climate change are more extreme or occur sooner than expected, there may be demands to pursue additional climate-intervention technologies about which scientists need a better understanding,” National Academy of Sciences President Ralph J. Cicerone said in a news release for that report.“Although riskier ideas to lessen the amount of energy absorbed from the sun should not be considered for deployment, they should be studied so that we can provide answers if someday these ideas begin to be considered in attempts to avert catastrophe."

The incremental nature of SCoPEx cannot be understated. The only reason the experiment was in the news in December 2020, for instance, is because the project found a company to facilitate the launch of a weather balloon. But even this flight — still months away and pending approval from Harvard's outside advisory committee — is only a test of the balloon, and would not release its theoretical payload of just under 3 1/2 pounds of calcium carbonate powder.

Further, a diffuse cloud of chalky powder gently perturbed by a propeller-driven weather balloon 12 miles above the arctic is in no way capable of altering the global climate system. Headlines or statements to the contrary rely on "slippery slope" arguments about geoengineering in general, not a fear that SCoPEx itself could destroy the world.

While Gates is one of geoengineering research's most significant (at least in financial terms) champions, his funding of this research does not stem from a desire to implement so-called "last-ditch" solutions. For these reasons, and because SCoPEx does not — from a factual standpoint —  actually dim or block the sun, we rate the claim that Gates is funding research that "would help block out the sun" as "Mostly False."