Is the 'Garbage Truck Bursts into Flames' Video Real?

A video shows a garbage truck spewing a liquid and bursting into flames after pulling up to a house for a standard pickup. 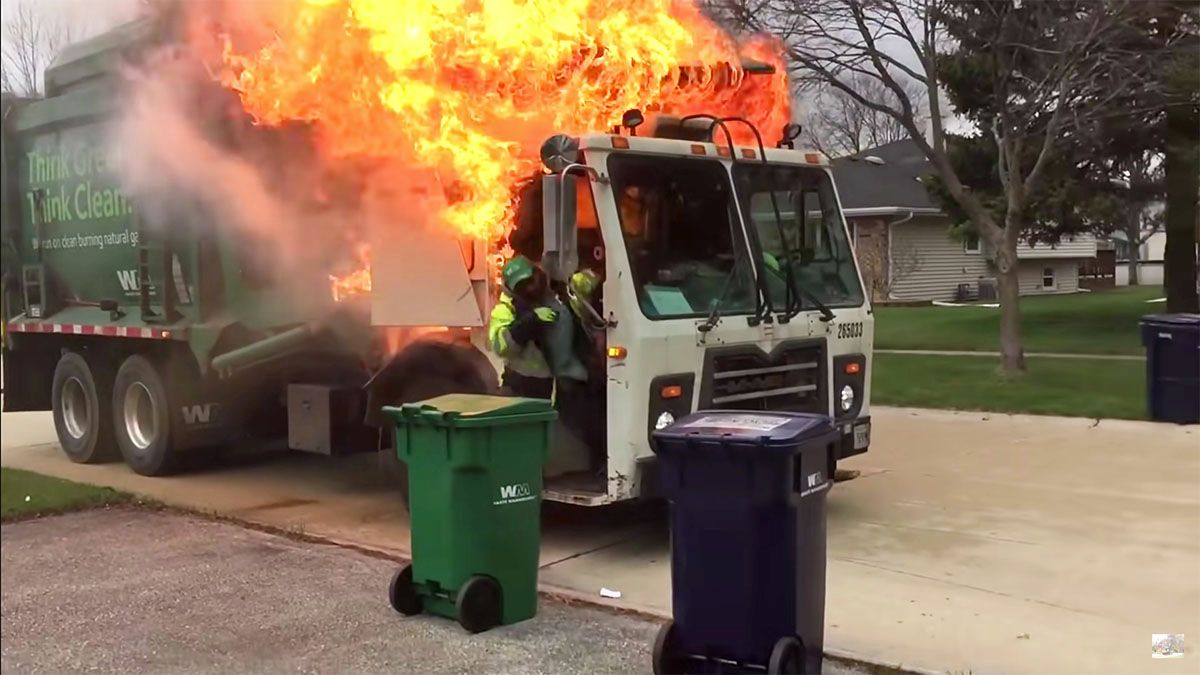 Claim:
A video that shows a Waste Management garbage truck bursting into flames is real and was not staged.
Rating:

On Sept. 20, 2022, a TikTok channel named @insideedition.official posted a video titled, "Garbage Truck Bursts into Flames." The clip was viewed millions of times and showed a green garbage truck with a Waste Management logo catching on fire shortly after dumping a load of refuse. We soon found that this was a real and legitimate video, with no signs of it being staged.

The original "Garbage Truck Bursts into Flames" video was uploaded on YouTube on March 31, 2020:

Readers may be wondering why the person holding the camera was standing in such a perfect spot to record the garbage truck bursting into flames. The reason is simple:

The video was recorded by a YouTuber known as Curotto Can Man, whose YouTube channel includes at least hundreds of videos of various types of garbage trucks in action.

In fact, Curotto Can Man even created a video titled "Garbage Trucks: The Movie" and released it on Christmas Day in 2021.

The holiday gift to garbage truck enthusiasts was described like this:

aka 2021, a year in review. here is a clip of every single truck I filmed in 2021, about 175 trucks crazily enough. I believe this is the longest comp on yt now. this took about 4 hours to upload lol. Other than that, not much to say and if you finish this in one sitting you're a G.

thanks for watching and merry Christmas to all!

We reached out to Curotto Can Man to learn more details about the incident and will update this story if we receive a response.

In sum, yes, the "Garbage Truck Bursts into Flames" video was real and had no signs of being staged.

For further reading, we previously reported on another video that featured a garbage truck violently throwing a woman off of a bench.