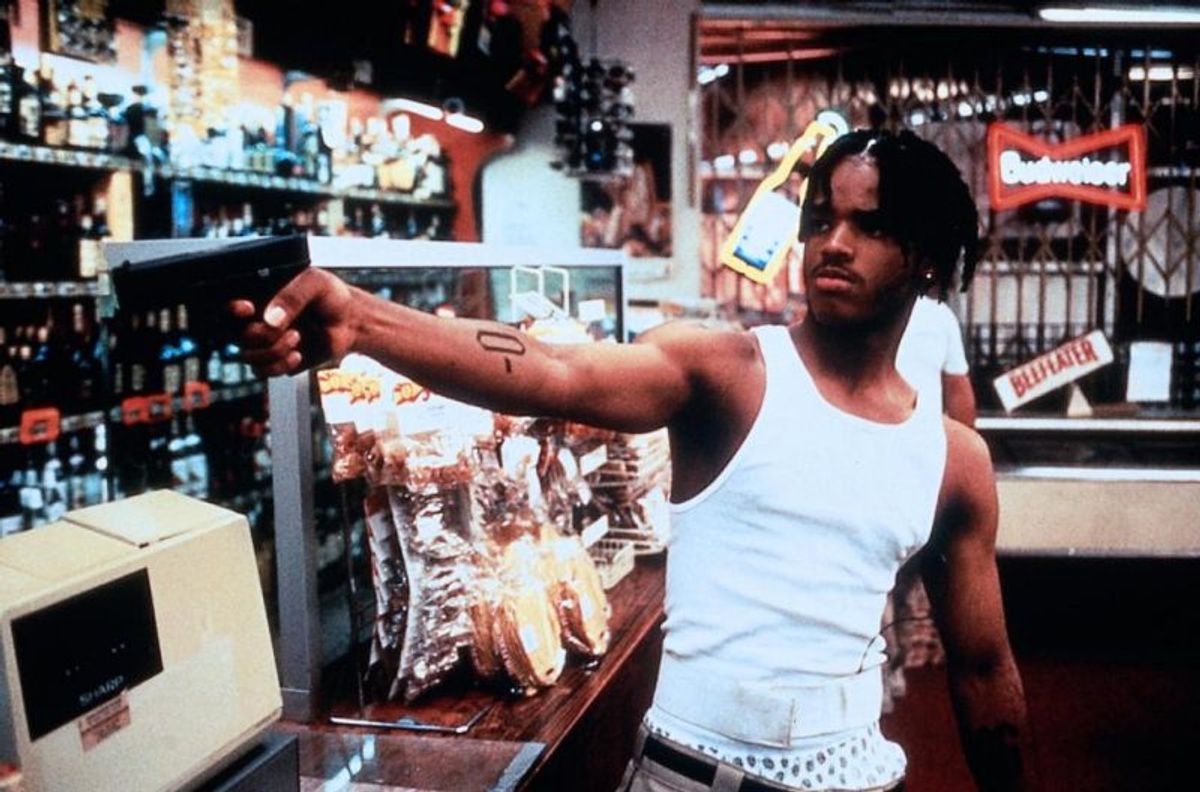 Heard on Facebook that a south Los Angeles gang has vowed to kill 100 people in 100 days:

Origins:    In July 2015, a warning that Los Angeles gangs had vowed to kill 100 people in 100 days went viral. While the exact origins of the rumor are unclear, the majority of iterations of it pointed to a 25 July 2015 post on laurmahni.tumblr.com that read:

anyone living in Los Angeles on ANY 100 streets please be careful or better yet stay in doors unless you’re driving. there's gangs going around killing people. it's a game they're playing. to kill 100 people in 100 days and so far they've killed 18 people. They're willing to kill anyone. PLEASE PLEASE be careful.

The rumor echoed numerous other legends about gangs engaging in games, contests, or initiations involving the non-purposeful killing of random victims. Gang issues involving gun violence are certainly issues of current concern to Los Angelenos and local police, but there is no substantive evidence that gangs there are playing a game involving the actual killing of 100 people in 100 days.

Although social media posts have referenced the idea of a "100 days of violence" or "100 kills in 100 days" by Los Angeles gangs, local law enforcement members who deal with gangs asserted such threats were largely a form of bragging by gangs who have neither the intent nor the capability to carry them out:

Social media posts claim two gangs have claimed a battle to reach 100 kills before the other.

Gang intervention teams who spend their days and nights working with hardcore gang members say they have investigated the social media threats and believe it's just one way gang members are "banging."

"They've been having issues with each other since the 70s anyway," said Ben Owens, known as "Taco" on the street. "We're trying to communicate to the community that this is something that's being promoted through social media. However, we don't believe that that's what either community wants to see happen. We don't believe that people want to kill 100 people within 100 days."

"I think that people overestimate gangs," Owens said, claiming neither gang has the resources or the intent to do so.

Aqeela Sherrills calls himself a peace advocate and doesn't believe South LA gangs have the ability or the necessity to use social media for violent threats.

"People in the neighborhood are crazy, they're dysfunctional, but they ain't stupid," Sherrills says, adding that the online messages list borders and boundaries which is far too much information any gang member would admit to.

Kevin "Twin" Orange says if the intentions were real, whoever was making the online claim would make themselves known.

"There's no face to it," he said. "If somebody was really gonna do a challenge like that, they're gonna put a face to it, there's gonna be a name to it and say this is me and we're about to do that."

The posting of similar rumors garnered the attention of the Los Angeles Police Department (LAPD), who noted an increase in social media warnings about gang violence but said there was "no evidence to corroborate the threat" of "100 days of violence" campaign and that shootings had not increased significantly since such rumors began circulating:

[W]arnings of increased gang violence intensified across social media platforms after more than half a dozen shootings in South L.A. left one man dead and 12 people wounded.

The postings created an echo chamber in which it was difficult to determine what was a real threat and what was rumor. One of the most incendiary claims was that a gang had vowed 100 days of violence after [a] 27-year-old man was killed on July 17, sparking alarming hashtags such as #100days100nights and #PrayforLA on Twitter and other sites.

LAPD South Bureau Deputy Chief Bill Scott noted that while the department is closely monitoring online activity around #100days100nights, they are more concerned about the fear it has evoked from the community than with the possibility of an underlying threat. While the incidents over the weekend were gang-related, they aligned more with typical criminal acts than a movement that would involve "indiscriminate acts of violence" randomly targeting neighborhood residents.

"We are hearing that this is really not a valid posting," Scott said. "This situation may just be a bunch of hype." He clarified that the tactical alert [police] issued was in response to the spike in violence — common given the cyclical nature of gang activity — and not to the hashtag itself.

Police said they were monitoring the traffic as they try to quell the violence. Scott met with gang intervention workers, telling them there was no evidence to corroborate the threats and asking for help in calming fears.

"You've got everyday folks who have nothing to do with the gang lifestyle and culture scared," he said.

An internal sheriff's memo sent to deputies warned them about the "social media chatter" that included photos of guns and "discussion of 100 days and 100 [nights] of violence/retaliation." The memo included screen shots, hashtags and Instagram accounts with "significant chatter."

According to LAPD records, there has been 33 percent fewer gang-related homicides so far this year than there were at this time in 2008.