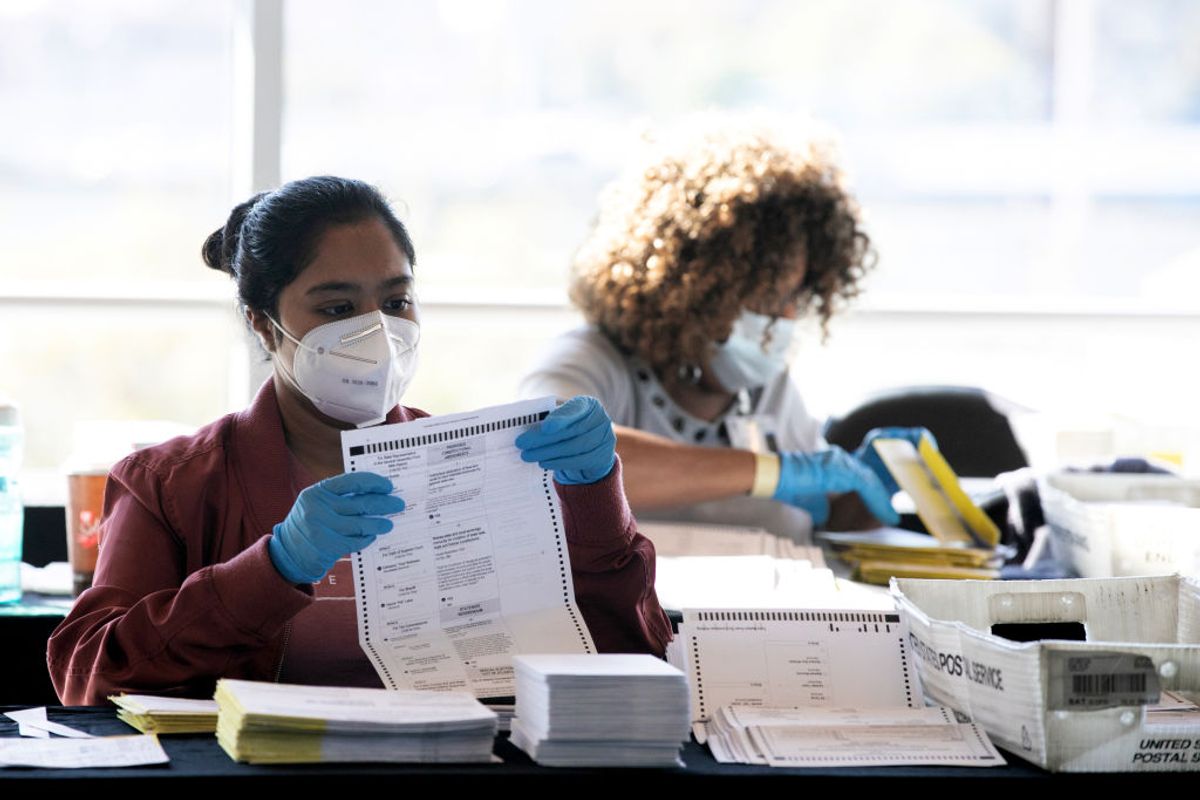 In the midst of President Donald Trump's flailing attempts to overturn the results of his loss in the 2020 general election by claiming election fraud, supporters on social media circulated images purportedly showing State Senator Elena Parent of Georgia counting votes in Pennsylvania.

The images were accompanied by remarks such as “State Senator Elena Parent of Georgia is seen here counting ballots in Pa? Not sure that’s lawful Senator ...” and “Elena Parent, Democratic Senator, why are you opening ballots and in counting rooms? I didn’t know a senators job description was to work in election counting rooms?”: Georgia and Pennsylvania -- both of which were won by Democratic challenger Joe Biden -- were two of the states that Trump repeatedly had targeted with lawsuits and calls to negate their results. Parent, as member of the Georgia’s Senate Judiciary Committee, had argued against Trump's claims of voting fraud just a week earlier.

The woman pictured counting ballots at the Allegheny County elections warehouse was not Parent, however, who was neither in Pennsylvania on (or after) Election Day, nor counted votes anywhere, as she told the Associated Press:

“These discredited claims are being made because I told the truth to Trump’s legal team during the election hearing: No ‘evidence’ was being presented to Georgia State Senators that was new, and there is no evidence of widespread fraud in Georgia’s November election,” Parent told the AP in an email.

“The allegations are false. I am not depicted in the video or stills,” Parent explained. “I have not been to Pennsylvania anytime in 2020 and I have never counted ballots in a state or local election.”

The social media posts appear to feature a woman who bears only a nodding resemblance to Parent. Here is a photograph of the real Elena Parent, as taken from her Georgia State Senate web page: