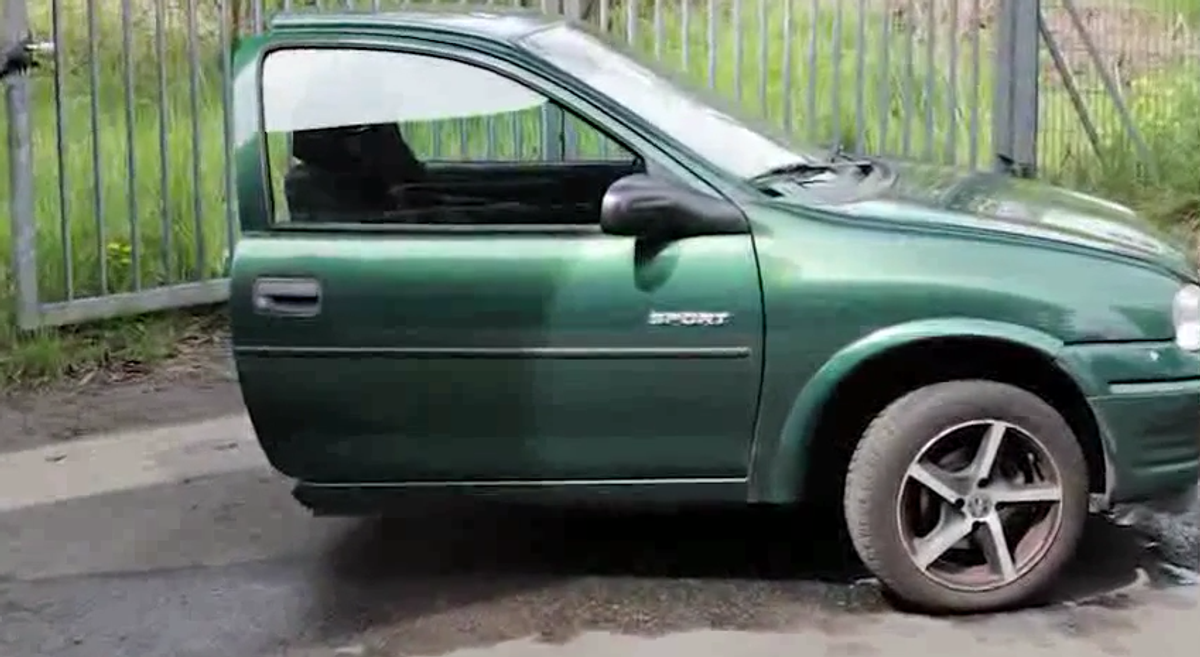 FACT CHECK:   Did a German man cut all of his possessions in half after a bitter divorce and sell them on eBay?

Claim:    A video shows a German man who cut everything he owned in half after a divorce.

Origins:   On 16 June 2015, a YouTube video purportedly showing a man cutting all of his possessions in half in the aftermath of a divorce went viral:

“Thank you for 12 ‘beautiful years,’ Laura! You’ve really earned half. Greetings also to my successor.”

The above-displayed video was viewed more than five million times within a week of its initial publication and was featured by a wide variety of news outlets, including Time, Buzzfeed, Fox News, and the Mirror. Although many viewers were skeptical about the contents of the video, a series of eBay listings purportedly posted by the "Marty G" featured in the video convinced the majority of them that the video was for real.

But according to  Deutsche Anwaltauskunft magazine, the above-displayed video is actually a piece of guerrilla marketing from the German Bar Association. And although the eBay auctions are real, the proceeds from them will go to charity and not the fictional "Martin" (or his fictional ex-wife "Laura"):

The story of Berlin's "Martin G." has achieved worldwide fame in the past few days. From the British "Daily Mirror" to "Fox News" in the U.S., hundreds of media outlets around the world reported on him — in Germany his story hit the news and landed in major newspapers.

"Martin G." auctioned the items he cut in half on eBay — from an Opel Corsa to Teddy. He documented an alleged dirty divorce battle with his ex-wife that was supposed to leave him with half of their common property. His story struck a nerve across the world. The video in which "Martin G." is seen furiously cutting his possessions in half has so far recorded more than 3.5 million views on YouTube.

Individual media and blogs have speculated that the story is too good to be true. They were right. We invented the story of "Martin G." and even resorted to Jigsaw [to spread it].

Why did we do this? Martin G. may not be genuine, but in Germany every year there are a large number of very real divorces that end up like Martin's — or worse. Because too few couples are legally prepared for a separation, a divorce often results in a "War of the Roses" scenario in which not only furniture and cars suffer, but also the couple themselves and their children.

To raise awareness of this serious issue, we wanted to do something in a humorous but careful manner — with a small, viral story: 16 eBay auctions and a video on YouTube. We hoped it would especially appeal to young people, who are at risk to be the warring couples of tomorrow.

We never expected that this story would reach millions of people worldwide, from California to China.

We are overwhelmed by the response we have received, and we are delighted that our point has made it around the world.

Another important note: Of course the auctioned items really can be bought. All proceeds will be donated to a charitable cause.