A fear-mongering article based on speculation and out-of-context quotes falsely claimed that radiation from the Fukushima disaster had caused 100% infant mortality among orca whales. 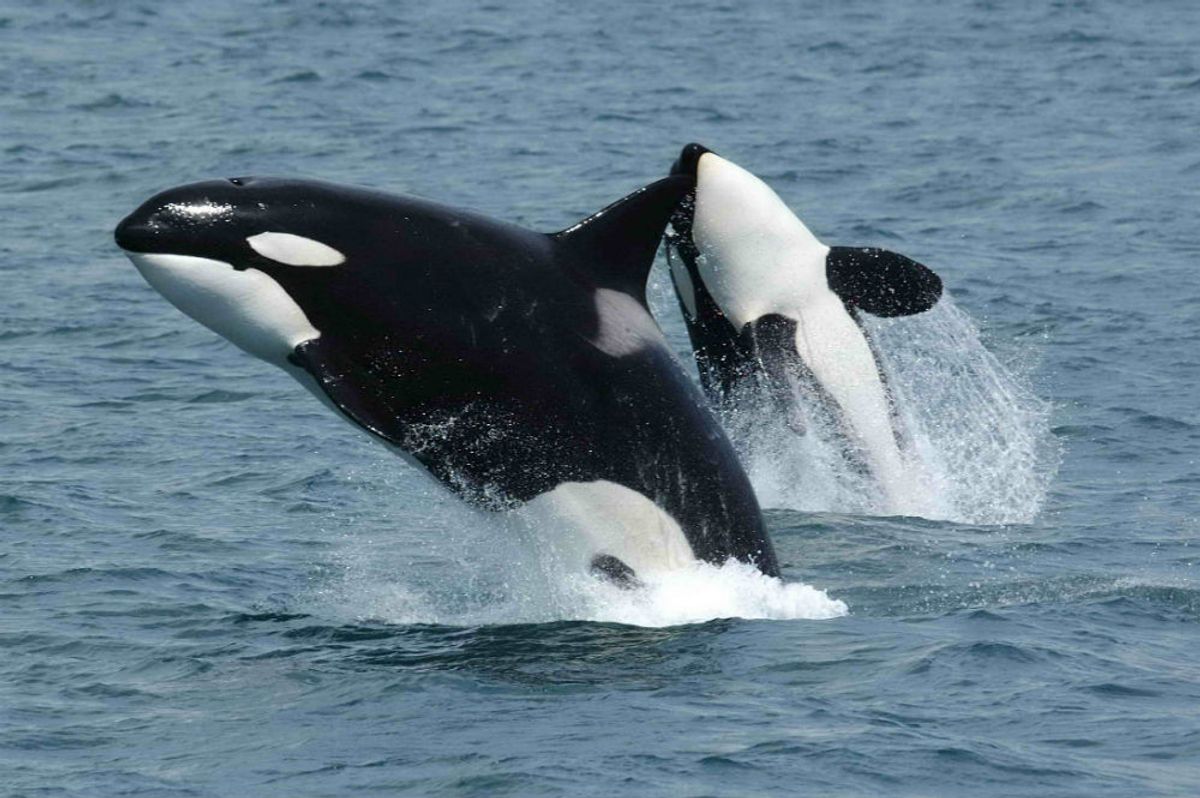 Fear-mongering articles reporting that radiation from the Fukushima Daiichi nuclear disaster (triggered by the tsunami that followed the Tōhoku earthquake of 11 March 2011) had caused a 100% infant mortality among orca whales born since then have been circulated online for several years. The web site Humans Are Free renewed interest in that rumor in September 2016 when they published an article with the clickbait title "Radiation from Fukushima Now Causes 100% Infant Mortality Rate in West Coast Orcas": The Humans Are Free piece was sourced from an article by the disreputable Natural News web site that employed a similarly misleading title ("West Coast Orcas Experiencing 100% Infant Mortality Rate as Radiation from Fukushima Drifts Across Ocean") even though the text of that article plainly admitted that there was no proven connection between the Fukushima disaster and the mortality of infant orcas:

No one has yet proven that there is a direct link between the 100 percent mortality rate seen among orca infants and the effects of the radiation contamination of the Pacific Ocean from the Fukushima reactor leak in Japan, but it certainly can't be ruled out as a possibility.

Natural News listed several sources about whale deaths at the bottom of their article, but none of those sources mentioned radiation from Fukushima as likely or definitive cause.

Quotes from Ken Balcomb, executive director of the Center for Whale Research in Friday Harbor, Washington, were also misleadingly reproduced out of context by Natural News to bolster a claim that Balcomb's statement didn't support:

The recent discovery of a carcass off the coast of British Columbia — that of a 19-year-old orca female, which was believed to be in the late stages of pregnancy, is just one example of the recent orca deaths that have scientists and conservationists worried.

Her death doesn't bode well for the southern resident population and certainly not for that matriline. Her mother died young. Her aunt had two sons and she's probably post-reproductive. She hasn't had any babies in the last 12 years. So there's no future.

We haven't had any survivals in babies for a couple of years. We have had stillborns and newborns die and a number of whales that appear to be pregnant but didn't ultimately produce any calves. It's like zero survival in birth rate here.

While Balcom did say that "we haven't had any survivals in babies for a couple of years," he was talking about the local Puget Sound orca whale population only, and he didn't in any way connect a 100% infant orca mortality rate to radiation from Fukushima. His quotes originated with a story published by the Seattle Times in December 2014 about a baby orca whale that had died in the Pugent Sound, and while the exact cause of that whale's death was unclear, Balcolm suggested that the whale likely died due to a diminished food supply (and not radiation):

But two of the whales’ three biggest problems — the buildup of pollutants such as DDT and polychlorinated biphenyls in their blubber, and disturbance by marine traffic — appear to be worsened by a third, a reduction in available prey.

These whales can eat sockeye and halibut, but overwhelmingly prefer fatty chinook from Puget Sound and Canada’s Fraser River, distinguishing them from other fish by using sonar to sense differences in the animals’ swim bladders. And Puget Sound chinook numbers have dropped to about 10 percent of their historic high. They, too, are listed for protection under the ESA.

For Balcomb, the loss of J32 suggests it’s time to consider drastic measures, such as a ban or steep curtailment in chinook fishing, even though fishing is likely the least of the threats chinook face.

“It’s a wake-up call — we know what the problem is, whether it’s dams or fishing or habitat destruction,” he said. “It’s just what happens when millions of people move into the watershed. (But) stopping fishing, at least for a while, is something we can do immediately.”

“The reality is, the basic problem is food,” Balcomb said.

Although apparently no baby orcas survived long after birth in Puget Sound in 2013 or 2014, that wasn't the case in the immediately following years, as 2015 saw nine successful orca births in Puget Sound:

In just over a year, Puget Sound has welcomed nine baby Southern-resident orcas to the fold, as the pod continues to rebound from 30-year-low numbers reported at the end of 2014.

While radiation from the Fukushima disaster did have a major impact on marine life, the leak of radiactive material from the plant leak did not cause a proven "100% infant mortality" rate among orca whales. Moreover, the Whale and Dolphin Conservation Society and the National Oceanic and Atmospheric Administration do not list nuclear radiation (from any source) among the threats currently facing the world's whale population.