The claim comes from a 2013 blog post about preparing for the collapse of civilization, but it is just as wrong now as it was then. 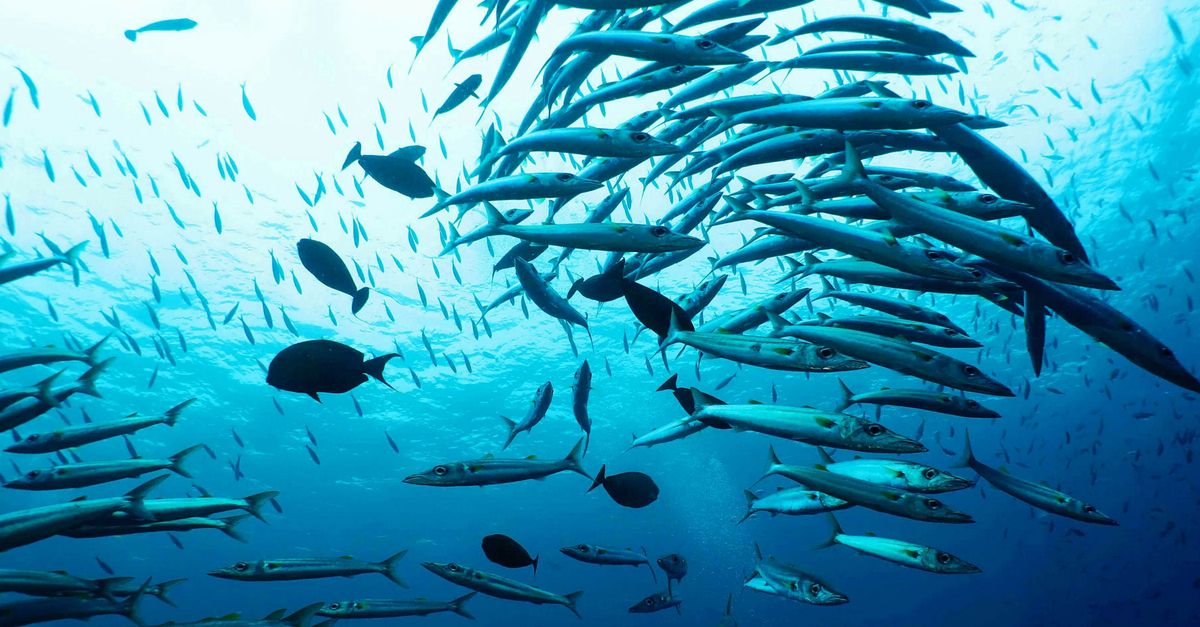 Claim:
Fukushima scientists have warned that fish in the Pacific Ocean will never again be safe for human consumption due to radioactive contamination
Rating:

On 5 August 2017, the conspiracy-peddling website Your News Wire published a story — devoid of any citations or named sources — with the headline “Fukushima Officials: Humans Should Never Eat Fish Again.”

“Fukushima scientists,” the writer claims, have concluded that “the days of eating fish from the Pacific ocean are well and truly over” thanks to widespread contamination from the 2011 tsunami and resulting nuclear disaster:

According to one scientist, TEPCO [Tokyo Electric Power Company], the company in charge of monitoring the plant, has data that shows radiation pouring into the Pacific Ocean non-stop for the past six years.

According to other scientists who have examined the radiation levels of fish in the ocean, the days of “eating fish from the Pacific ocean are over”.

If the phrase “your days of eating fish from the Pacific Ocean are over” sounds familiar, it’s because this quote has been used in a variety of fear-mongering posts related to Fukushima since 2013. The claim doesn't originate with a scientist, but with a man named Gary Stamper, who wrote an opinion piece for the Collapsing into Consciousness blog — a web site and forum devoted to issues surrounding the collapse of civilization.

Many of the claims made in the Stamper piece stem from fears and media reports generated by a 5 August 2013 admission from TEPCO that waters leaking from Fukushima reactors into the Pacific were more radioactive than previously reported. However, most of the claims in this post are overblown or outright false, and assertions of a connection between animal die-offs and Fukushima radiation remain unsubstantiated.

Your News Wire then continues into another unsourced section of vague, largely inaccurate, and wholly out-of-date information about radiation leaking from the reactor:

The contaminated water is believed to contain traces of radioactive iodine, cesium, and strontium-89 and 90.

Despite efforts from the Japanese government to bring the problem under control, the fish have been saturated by the continuous radiation being pumped into the ocean. The contamination has also resulted in the closure of fishing industries.

Worryingly, new studies reveal that fish caught off the West coast of the United States and in Canada are also testing positive for radiation poisoning.

This contamination was substantial, and its effects were later detected in western North America. However, claims that this contamination has been continuing at the same rate into the present are incorrect, according to director of the Woods Hole Oceanographic Institution Center for Marine and Environmental Radioactivity, who spoke to PBS Newshour in 2016 about this very topic:

More than 80 percent of the radioactivity from the damaged reactors ended up in the Pacific — far more than reached the ocean from Chernobyl or Three Mile Island. Of this, a small fraction is currently on the seafloor — the rest was swept up by the Kuroshio current, a western Pacific version of the Gulf Stream, and carried out to sea where it mixed with (and was diluted by) the vast volume of the North Pacific.

These materials, primarily two isotopes of cesium, only recently began to appear in the eastern Pacific: In 2015 we detected signs of radioactive contamination from Fukushima along the coast near British Columbia and California. [...]

These signs, and the many more signs from samples we’ve collected on both sides of the Pacific, show that releases have continued, but that at current rates, it would take 5,000 years to equal the amount of cesium released in the accident’s first few months.

As we have written about in detail, it is technically accurate to say that radiation tied to Fukushima has been detected in at least one salmon found in 2015 in Washington state. This fish had an unambiguous chemical marker linking it to the Fukushima reactor. However the level of radiation detected was equal to or less than the amount of radiation found naturally in any fish in the Pacific Ocean, and was therefore not indicative of a direct health risk.

We rate this claim as false because it misrepresents a questionable blog post as a scientific investigation in order to use a flashy quote, and further challenges credibility by mixing together a variety of out-of-date themes based on blog posts from four years before.

Stamper, Gary.   "At the Very Least, Your Days of Eating Pacific Ocean Fish Are Over."     Collapsing into Consciousness.   5 August 2017.

Povinec, Pavel, P., and Hirose, Katsumi.   “Fukushima Radionuclides in the Nw Pacific, and Assessment of Doses for Japanese and World Population from Ingestion of Seafood.”    Scientific Reports.   12 March 2015.