Did a Frog 'Photobomb' a NASA Moon Probe Launch?

A textbook example of being in the wrong place at the wrong time. 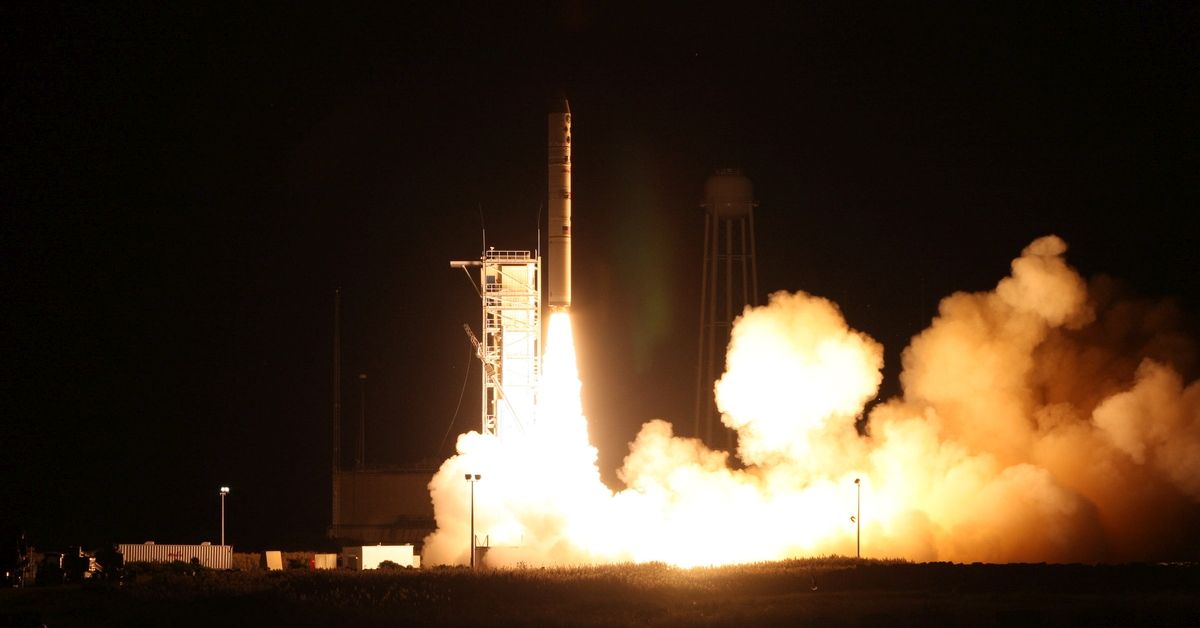 Claim:
A frog "photobombed" a shot of the launch of NASA's Minotaur V rocket carrying a moon probe into space in 2013.
Rating:

It's not every day that an airborne amphibian accidentally "photobombs" a picture of a NASA space launch, but we can confirm that it has happened at least once in the history of U.S. space missions, and a photograph exists to prove it.

The date was Sept. 6, 2013, the place was NASA’s Wallops Flight Facility at Wallops Island, Virginia, and the launch was of a U.S. Air Force Minotaur V vehicle carrying NASA's Lunar Atmosphere and Dust Environment Explorer (LADEE).

According to NASA, the one-of-a-kind photograph was captured by a sound-triggered camera just after the moment of liftoff. This is what the camera recorded: The airborne frog can be seen in the upper left-hand quadrant of the photo. Here is an enlargement: Photographer Chris Perry, who set up the camera, told NBC News the frog was probably about 50 feet from the camera's location, while the rocket was at least 150 feet away, hence the frog appears larger than it actually was. "Our photo archive contains launch sequence photos from every launch, and none that I’ve seen so far has shown us anything like this before," NBC quoted Perry as saying. "Definitely a surprise to us (and a little sad)."

NASA later posted the photograph on its website (albeit with an erroneous date) along with the comment: "The photo team confirms the frog is real and was captured in a single frame by one of the remote cameras used to photograph the launch. The condition of the frog, however, is uncertain."