Is This 'Frog Buttcheeks' Photo Real?

The following image contains cartoon (and frog) nudity. You have been warned. 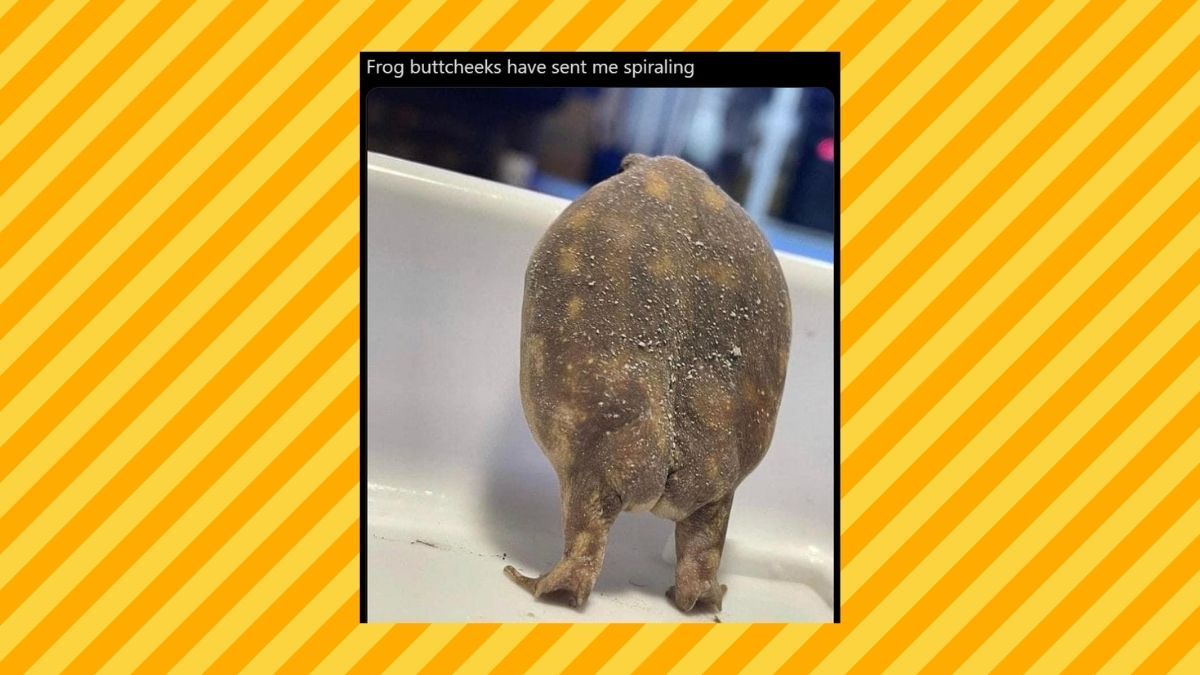 This is a genuine photograph of a common rain frog. However...

This image could be more accurately described as a photograph of a frog's cloaca.

In May 2021, an image supposedly showing a frog's "buttcheeks" caused a stir on social media as internet users made various jokes about the frog's seemingly unique body shape. Several compared this amphibian's behind to that of Hank Hill, a cartoon character from "King of the Hill" famous for a lacking derriere. The image on the left is a genuine photograph of a frog's "buttcheeks." Although, it should be noted that "buttcheeks" are not commonly listed on diagrams of a frog's anatomy. This image could be more accurately described as a photograph of a frog's cloaca, which Penn State's frog dissection biology course describes as the "general receptacle for the intestine, the reproductive system, and the urinary system. It opens to the outside by way of the anus."

This photograph was posted by @marron.chestnut777, an Instagram user who appears to own a rather extensive aquarium. Their page (written in Japanese) contains dozens of images of fish, lizards, and frogs. This particular image was shared on May 11 along with hashtags identifying this amphibian as a common rain frog. Here's the original post:

Several Instagram users chimed in to comment on this frog's butt. @marron.chestnut777 responded in kind, noting that they had managed to capture a rare angle of this rain frog and that the amphibian had a "桃尻" or peach butt.

It appears that this frog's name is "Marron," although we're not entirely certain. In another video that appears to show the same frog, this Instagram user identified the frog as Marron:

This isn't the first time that a rain frog has gone viral. In 2013, a desert rain frog was dubbed the world's cutest frog in a viral video that was viewed more than 22 million times. Here's a video from the BBC featuring the tiny, angry, and squeaky desert rain frog: