Did the Famous 'Friends' Wedding Gaffe Result from a Real Mistake?

"I Ross, take thee, Rachel," was one of the most dramatic plot twists in 1990s television. How did it come about? 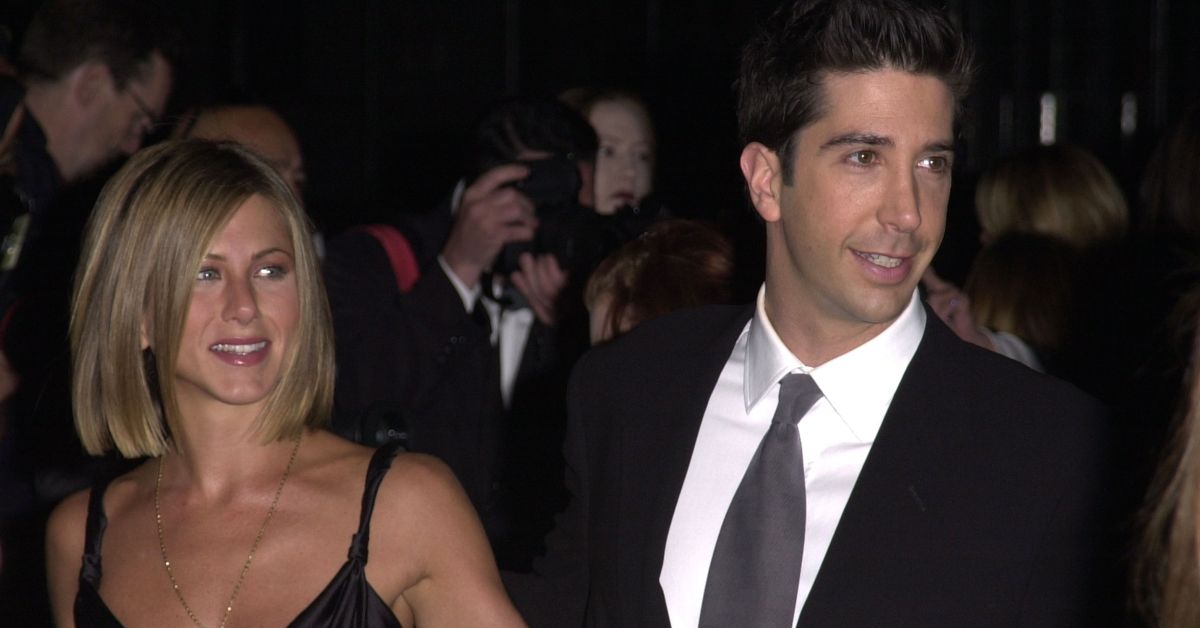 Claim:
In "Friends," Ross's mix-up between Emily and Rachel originated by accident, in a mistake by the actor David Schwimmer.
Rating:

The sitcom "Friends" was one of the most popular, most watched shows in television history. It is also one of the small screen's most mythologized artifacts, especially among those who came of age during the late 1990s and early 2000s. The availability of the show on online streaming platforms has only attracted more new cohorts of fanatical viewers.

In recent years, one of the intriguing anecdotes to have entered "Friends-lore" is the origin story of "Take thee, Rachel" — one of the show's most memorable moments, in which Ross (David Schwimmer), while exchanging wedding vows with Emily (Helen Baxendale), commits a dramatic Freudian slip and utters the name of his ex-girlfriend and grand amour Rachel (Jennifer Aniston).

That moment, from the Season 4/5 cliffhanger in 1998, can be relived below:

One might assume that such a significant plot twist and "watercooler moment" was carefully planned out long in advance, but according to one online rumor, it was the result of a happy accident, as outlined on the website PetsReporter.com:

This is one of the most iconic scenes on the popular sitcom, and apparently, it was all an accident. For anyone who truly got into the Friends frenzy, you know you were rooting for the re-uniting of Ross and Rachel. Who wasn’t? It was even extremely apparent in one episode that when preparing to marry another woman, Ross too was rooting for Ross and Rachel.

When Ross was about to marry Emily and accidentally said “Rachel” at the alter, the writers were just as surprised as the audience. The original script didn’t call for Ross to make that pivotal mistake, but David Schwimmer, the actor portraying Ross, got the names mixed up. That’s what gave the writers the idea for the way the plot unfolded, and it was definitely the right call to go with this mistake!

A similar account was posted in 2020 by a Brazilian "Friends" fan page on Facebook, and the yarn also formed the basis of articles published by The Sun, ScreenRant, Yahoo! and KoiMoi.com, among others.

Those accounts were accurate, and our rating is "True." In a 2013 episode of the POP TV show "The Story Behind," "Friends" co-executive producer Greg Malins explained how the Freudian slip came about:

We knew Rachel was going [to the wedding]. And I remember we were banging our heads against "What was she going to do? Was she going to stop it?" It kind of ended up being David Schwimmer's thing. His line was to come in and say "Emily, the cab is downstairs waiting." Something like that. And he walked in and said "'Rachel, the cab's downstairs'— ah shit, okay, sorry. Let me take it again." And he went out. And I remember, I was standing next to [series co-creator] David Crane, I said "That's it."

In his 2019 book "Generation Friends," pop culture historian Saul Austerlitz provided a similar account, based on interviews he conducted with Malins and Crane:

The writers did not know until late in the season just how they would end the wedding episode; they merely trusted themselves to come up with something memorable. Schwimmer was running lines when instead of saying, "Emily, the taxi's here," he said, "Rachel, the taxi's here." Greg Malins turned to David Crane and said "That's what happens." Ross would get his bride-to-be's name wrong.