Is This 'Friends' Movie Trailer Real?

Several viewers were fooled by a well-made "concept trailer" for a nonexistent "Friends" movie in January 2018. 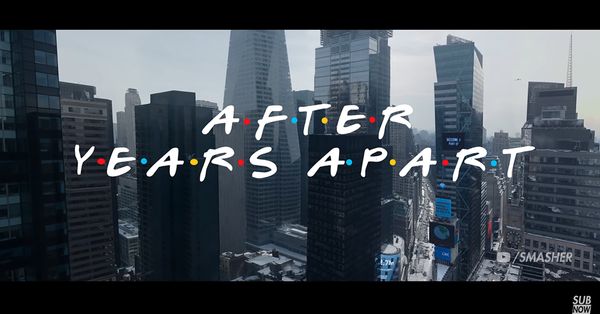 Claim:
A teaser trailer was released for a "Friends" movie.
Rating:

Fans of the show Friends have been clamoring for a reunion for years. So it isn't hard to see why a faux trailer purportedly showing clips from an upcoming Friends movie managed to fool so many viewers when it went viral in January 2018:

This is not a genuine trailer for a new Friends movie. Smasher, a YouTube channel that makes "concept trailers" among other videos, uploaded the trailer on 12 January 2018, calling it a "teaser trailer concept" for a "Jennifer Aniston Friends Reunion Concept."

Smasher made the trailer with clips from projects that Jennifer Aniston, Courteney Cox, Lisa Kudrow, Matt LeBlanc, Matthew Perry and David Schwimmer have appeared in since Friends went off the air in 2004. For instance, The scene featuring Kudrow as a doctor and Cox as is from an episode of the show Cougar Town, and the clip of Schwimmer and Kudrow talking via Skype was taken from the show Web Therapy. The clip of LeBlanc winning an award shows the actor's actual acceptance speech at the 2012 Golden Globes.

As of this writing, no member from the cast of Friends has commented on this fan-made movie trailer. But judging from Kudrow's response from the last time there was talk of a reunion, fans shouldn't hold their breath for new episodes of the hit show:

"It would be great [if it happened]. It would be a lot of fun. But even just from a logistical purpose, it would never work because everyone is on a totally, ridiculous work schedule, that's the opposite of someone else.

"It's even impossible for us to get together for dinner, it's really hard. It's six people, how easy it is for you to get six of your friends together?"