Will All Freon-Based Air Conditioners Need to Be Replaced by 2020?

Although the the production or import of a chemical used in Freon will be banned in the U.S. beginning in 2020, Freon-based A/C units will not have to be replaced right away. 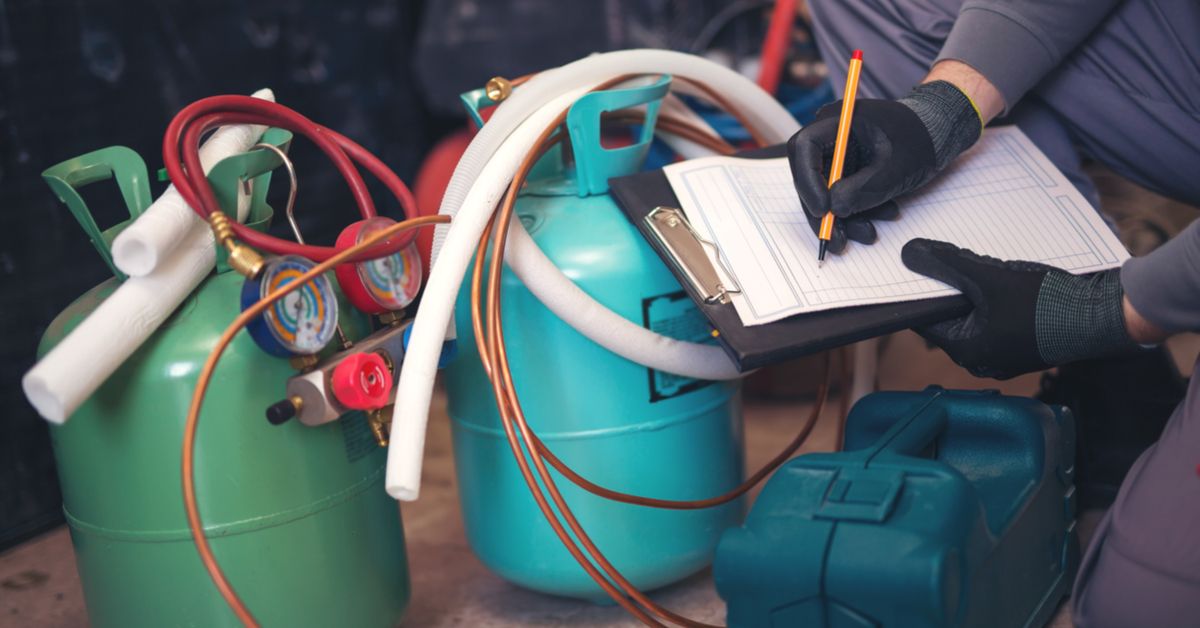 Claim:
Air conditioners that use the refrigerant Freon will have to be replaced by 2020.
Rating:

As of 1 January 2020, the chemical HCFC-22, which a principal component of the trade-named refrigerant “Freon,” will no longer be produced in or imported by the United States.

Freon-based air conditioning systems will not have to be replaced by 2020, but over time it will become more and more difficult to obtain the HCFC-22 necessary to run them.

Most household air conditioning units work by using a vapor-compression refrigeration system. In such systems, a mixture of chemicals known as a refrigerant is contained in liquid form under pressure, and when that mixture is pumped into a region of lower pressure, it expands and changes phase into a gas, absorbing nearby heat before being pumped to a different location. The gas is then recompressed and this process begins anew.

The first widely used refrigerants were chlorofluorocarbons, also known as CFCs. In the 1970s, however, the scientific community determined that CFCs were building up in the Earth's upper atmosphere in a way that damaged the ozone layer, lessening the planet's natural protection from some forms of solar radiation. In 1987, 27 countries therefore signed a global environmental treaty called the Montreal Protocol to Reduce Substances that Deplete the Ozone Layer. Under this treaty, signatories pledged to reduce the use of ozone-depleting compounds (such as halons and CFCs) to below 50% of 1987 levels by the year 2000.

One of the most widely used replacements for CFCs were chemicals known as hydrochlorofluorocarbons (HCFCs), and this substitution largely made the phase-out of CFCs possible. Unfortunately, many HCFCs, including HCFC-22 (a principal component of the trade name product “Freon”) contribute both to global warming and can, to a lesser degree, serve to deplete the ozone layer as well.

For this reason, Montreal Protocol signatories agreed to accelerate the phase-out of these products in 2007. In the United States’ case, this meant that the Environmental Protection Agency (EPA) mandated no new HCFC-22-based air conditioning systems be manufactured or installed after 1 January 2010, and the import or production of HCFC-22 be completely halted a decade later.

Newer A/C machines are required to use ozone-friendly refrigerants. The most common replacement for HCFC-22 in the United States is R-410A, which does not harm the ozone layer but is considered a greenhouse gas.

All of these changes, however, are being made on the production side of operations, not the consumer end. If you have an older air conditioning unit, you will likely find it becoming increasingly harder to service in the future, but you will not be required to replace it soon than you have to:

You can continue to service your existing HCFC-22 system. You can also purchase a “self-contained” system (typically, a window unit) if is second-hand and/or was produced prior to 2010. Keep in mind that supplies of HCFC-22 are expected to become more limited in the years ahead as this refrigerant is phased out of production.