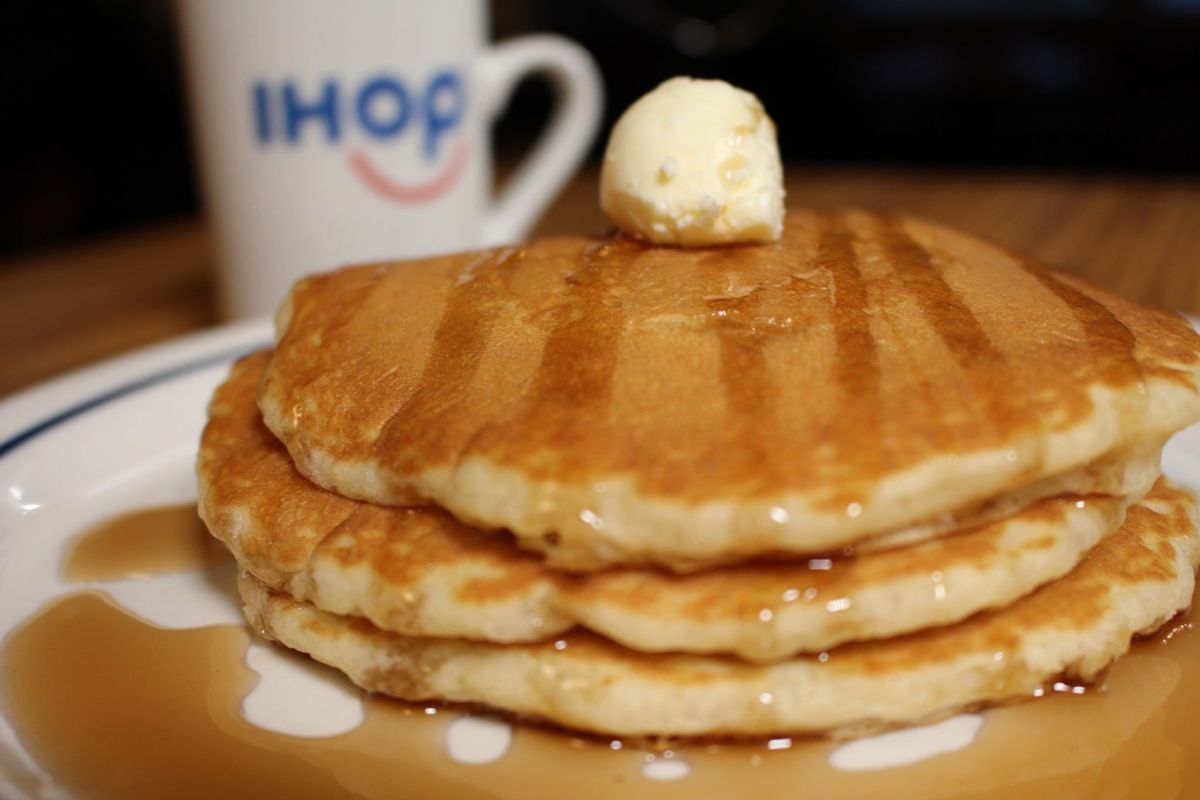 While IHOP normally ties its National Pancake Day celebration to Shrove Tuesday (or Fat Tuesday), also known as International (or National) Pancake Day, in 2011 opted to hold its event one week before Shrove Tuesday:

Known also as Fat Tuesday or Mardi Gras, National Pancake Day dates back several centuries to when the English prepped for fasting during Lent. Strict rules prohibited the eating of all dairy products during Lent, so pancakes were made to use up the supply of eggs, milk, butter and other dairy products ... hence the name Pancake Tuesday or Shrove Tuesday.

In celebration of the occasion, participating IHOP restaurants will be offering their guests one free short stack of pancakes:

Since beginning its National Pancake Day celebration in 2006, IHOP has raised more than $10 million to support charities in the communities in which it operates. On February 5, 2013, guests from around the country will once again celebrate National Pancake Day at IHOP and enjoy a free short stack of Buttermilk pancakes*. In return for the free pancakes, guests will be asked to consider leaving a donation for Children's Miracle Network Hospitals© ** or other designated local charities.

IHOP began its National Pancake Day in 2006, and since then, has raised $5.35 million for Children's Miracle Network Hospitals and other local charities and given away more than 10.1 million buttermilk pancakes.

In 2021, National Pancake Day falls on Feb. 16, according to IHOP. The chain's website stated that everyone should "check back in" on that day to get more details. Donations on this day benefit the Leukemia and Lymphoma Society, Shriners Hospitals for Children, and Children's Miracle Network Hospitals.

On Feb. 16, 2021, IHOP announced that since "we can’t all celebrate under our blue roof," anyone who signed up for a MyHOP account today would get an IOU for a free short stack of buttermilk pancakes that they could redeem anytime in April 2021.

See you there — and don't forget the syrup!

ihop pancakes free food something for nothing
Read More