Context is key, which is why politically-slanted reporting frequently omits it. 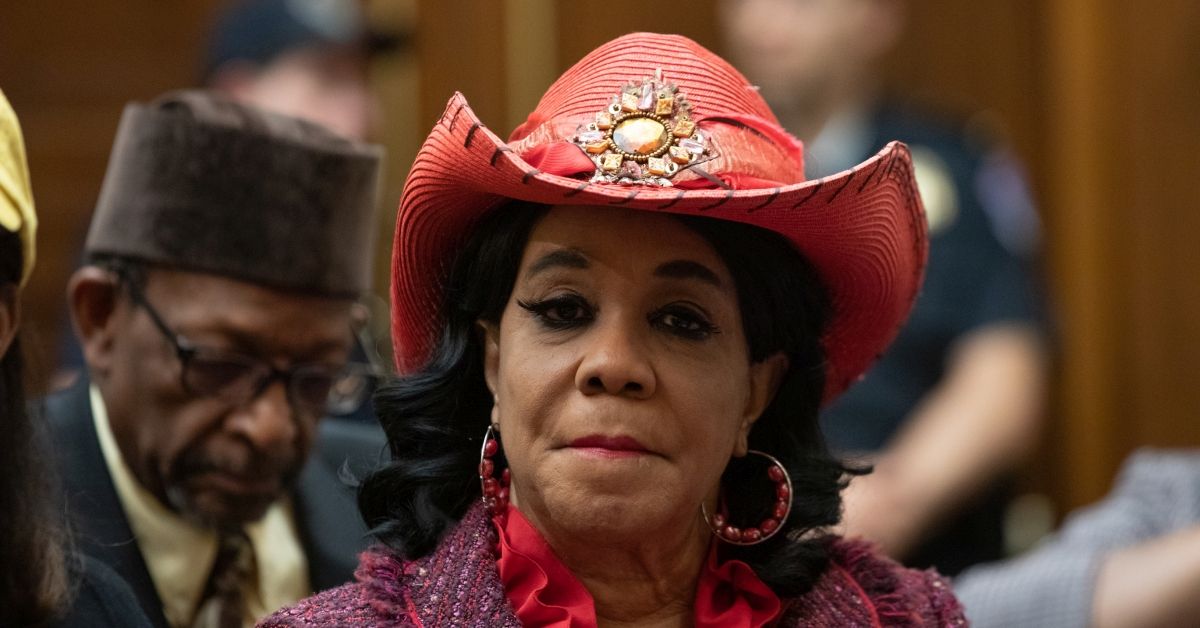 Rep. Wilson expressed an opinion that "people who are online making fun of members of Congress are a disgrace" and said "we're going to shut them down ... and they should be prosecuted."

Rep. Wilson was responding to news about a secret Facebook group for Border Patrol agents and referencing persons who used that group to "intimidate" and "threaten" members of Congress, which is illegal.

At a press conference afterwards, Wilson and others discussed what they had seen on their tour of the detention facility and fielded questions from reporters, but one statement of Wilson's garnered the most press after it was circulated (in isolation) via Twitter: "Those people who are online making fun of members of Congress are a disgrace, and there's no need for anyone to think that is unacceptable [sic]. We're going to shut them down, and work with whoever it is to shut them down, and they should be prosecuted. You cannot intimidate members of Congress, threaten members of Congress, it is against the law, and it's a shame in this United States of America."

Democrat Rep. Frederica Wilson (FL) says that people who are “making fun of members of Congress” online “should be prosecuted” pic.twitter.com/f69KwOeJ0n

The statement was used, devoid of context, in memes that presented it as if Wilson had advocated "prosecuting Americans for free speech" and "sending people to jail for sharing opinions":

Likewise, several right-leaning websites, such as the Daily Wire and the Washington Times, reproduced Wilson's comments absent of any context, employing headlines ("Frederica Wilson: People ‘Should Be Prosecuted’ for ‘Making Fun of Members of Congress’ Online") and article text that suggested the representative had advocated online pranksters be prosecuted merely for poking fun at members of Congress:

Rep. Frederica Wilson has no love for social media’s meme-makers and pranksters — she literally wants them prosecuted.

The Florida Democrat weighed in on free speech issues and told an audience that it should be illegal to mock lawmakers.

The missing context that was completely omitted by the Daily Wire and the Washington Times was that the day before the congressional delegation toured the Homestead detention facility, ProPublica had published an article revealing the existence of a secret Facebook populated by more than 9,000 former and current Border Patrol agents. Postings to that group included messages and memes depicting or suggesting demeaning and violent acts against members of Congress, including those members who would be touring migrant detention centers:

Several of the postings reviewed by ProPublica refer to the planned visit by members of the Congressional Hispanic Caucus, including [Rep. Alexandria] Ocasio-Cortez and Rep. Veronica Escobar, to a troubled Border Patrol facility outside of El Paso. Agents at the compound in Clint, Texas, have been accused of holding children in neglectful, inhumane conditions.

One member encouraged Border Patrol agents to hurl a “burrito at these bitches.” Another, apparently a patrol supervisor, wrote, “Fuck the hoes.” “There should be no photo ops for these scum buckets,” posted a third member.

Another is a photo illustration of a smiling President Donald Trump forcing Ocasio-Cortez’s head toward his crotch. The agent who posted the image commented: “That’s right bitches. The masses have spoken and today democracy won.”

As can be seen in a longer video of the press conference that followed the Homestead Temporary Shelter tour, Wilson was responding to a question from a reporter when she made the statement in question And as other news outlets noted, Wilson was clearly referring to shutting down the secret Facebook group and seeking prosecution of persons who posted material online intended to intimidate or threaten members of Congress (acts which are already illegal); she was not advocating jailing anyone who simply used the internet as a medium for poking fun at Congress. Her response to the reporter's question can be heard after the 8:16 mark in this video):

Wilson’s comments came amid a controversy over a Facebook group that includes Border Patrol agents and where they allegedly mocked and posted graphic content about members of Congress, including New York Rep. Alexandria Ocasio-Cortez.

In addition to showing indifference toward the deaths of migrants, members made vulgar jokes about Ocasio-Cortez and other members of the Congressional Hispanic Caucus ahead of their visit a Border Patrol facility in Texas, the story alleged.

Neither the Daily Wire's nor the Washington Times' articles about Wilson included any mention whatsoever of the Facebook group the representative was referencing, nor did either offer any of the context that surrounded her remarks.