Did France Pass a Law Saying That 'Children Can Consent to Sex with Adults'?

A disreputable web site distorted and misled readers on the subject of a new French law on sexual violence. 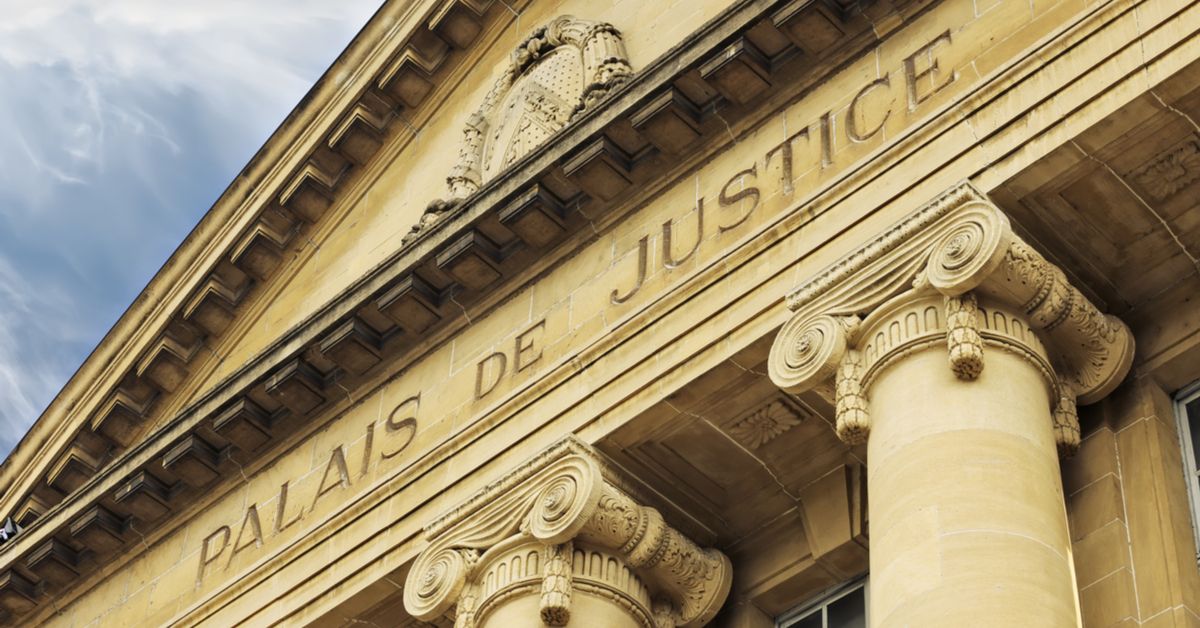 Claim:
In August 2018, French politicians passed a law which stated that a child is capable of consenting to having sex with an adult.
Rating:

In 2018, the French government introduced a law on sexual violence that did not introduce a minimum age of sexual consent, despite earlier assurances that the legislation would do so.

The 2018 law did not "say children can consent to sex with adults," and did not repeal an existing age of consent. The law actually strengthened penalties for sexual abuse against children in France.

France's somewhat complicated laws involving sexual abuse and violence came under scrutiny in 2018, when the government of President Emmanuel Macron drafted proposals to enhance protections for children against sexual assault.

The "Loi Schiappa," named after Marlène Schiappa, the country's Minister for Equality, was dogged by controversy and opposition throughout its passage into law, with some activists accusing the legislation of being a "missed opportunity" to beef up protections for children by establishing a minimum age of sexual consent.

In August 2018, Your News Wire, a disreputable web site known for peddling conspiracy theories and junk news as well as distorting and sensationalizing real events, took aim at the new laws in a misleading article bearing the headline "France Passes Law Saying Children Can Consent to Sex with Adults":

President Macron’s government has voted against having an age of consent in France, becoming the latest nation to give in to pressure from an international network of liberal activists determined to normalize pedophilia and decriminalize sex with children across the world.

Federal law in France now has no legal age of consent, meaning adults who have sex with children of any age will not be prosecuted for rape if the child victim is unable to prove “violence, threat, duress, or surprise.”

The draft bill against sexual and gender-based violence, known as the Schiappa law, was signed into law by the French Parliament on 3 August, sparking outrage in France as parents and children’s rights groups accuse Emmanuel Macron’s government of betraying the nation’s children.

The Your News Wire article accurately presented some elements of the issue but was misleading in other important ways, wrongly suggesting that the legislation had repealed an existing age of consent, stating that "Federal law in France now has no legal age of consent," and proclaiming "France passes law saying children can consent to sex with adults."

The law did not say any of that (although it is true that the law did not introduce, for what would have been the first time, a clearly-defined legal minimum age of sexual consent in France). The Your News Wire article also failed to note that the law strengthened and enhanced existing laws against the rape and sexual assault of children, and it contained measures that would give judges more leeway in prosecuting adults who have sex with children.

Your News Wire's article was the subject of controversy in New Zealand, where the conservative National Party M.P. Judith Collins tweeted it out on 5 August 2018, challenging Prime Minister Jacinda Ardern to denounce the French legislation:

Is @jacindaardern willing to denounce this legislation of child sexual abuse? https://t.co/6YMlJiO8zr

Collins was criticized for citing a "fake news article" from Your News Wire, and Ardern took a question about Collins' tweet during a press conference on 6 August, though she declined to comment, saying "I have not looked in any detail at what she has asked, or what sits behind it."

There is no age of sexual consent in France. A familiar legal concept in most Western countries, the age of consent is based on the principle that below a certain age, children are by definition not capable of granting informed consent to sexual activity (no matter how intelligent or educated or experienced they may be).

With an age of consent in place, any adult's engaging in any sexual activity with a child under a certain age is, by default, rape. In the United States and other countries this crime is often referred to as "statutory rape," but that crime doesn't exist in France. However, France does have other laws in place that protect children by criminalizing sexual abuse, something the Your News Wire article failed to explain.

Article 227-25 of France's penal code outlaws "sexual infraction on the person of a child aged under 15" ("atteinte sexuelle") and (up until August 2018) imposed a penalty of five years' imprisonment and a €75,000 ($86,720) fine for violations of that code. The fine and prison sentence were doubled under certain aggravating circumstances, such as when the attacker was an older family member or was abusing a position of authority, or when the sexual infraction came about due to online messaging (i.e., "grooming").

Under Article 222-24 of France's penal code, rape of a child aged under 15 is considered an aggravated rape and is punishable by 20 years in prison. Under Article 222-22, rape is defined as "a sexual assault committed with violence, coercion, threat or surprise."

Also important to consider is that a 2010 law specified that coercion "can be physical or moral," adding: "Moral coercion can result from the age difference between an underage victim and the perpetrator, and from the legal or de facto authority that the perpetrator exerts over the victim."

Moreover, as reported by the Atlantic magazine, in 2005 France's Cour de Cassation (the country's final court of appeal in criminal cases) heard a case involving the sexual abuse of children aged between 18 months and five years. The court ruled that "coercion or surprise results from the very young age of the children, which left them incapable of understanding the nature and seriousness of the acts which were perpetrated upon them."

These legislative and judicial measures and precedents do not in themselves constitute a definitive age of consent, but they demonstrate some recent movement in French law towards an acceptance of the premise that some sexual encounters (in this case between a child and adult) are inherently exploitative. They also broadened the definition of "coercion" (one of the elements of rape in French law) to include non-physical coercion, and set out that the ages of the perpetrator and victim could, by themselves, constitute coercion.

The absence of a definitive age of sexual consent in France has caused problems over the years. In 2017, the nation was shocked by the rape acquittal of a 30-year-old man who had had sex with an 11-year-old girl, because the prosecutor could not establish, as Article 222-22 requires, that there had been "constraint, threat, violence or surprise."

In a separate case, a 28-year-old man was initially charged with sexual assault (under Article 227-25) rather than rape after admitting to having sex with another 11-year-old girl, a prosecutorial decision that caused outrage. The presiding judge ordered that the charges be reevaluated, and the man was ultimately put on trial for rape, which carries a much stiffer penalty.

These cases highlighted the somewhat muddled nature of France's laws on sex with children, which allowed -- in the absence of a clearly-defined age of consent -- lawyers to use the nuances of "coercion" to obtain acquittals or lesser charges even for men who admitted to having had sex with pre-teen girls.

These cases also reignited calls for a change in the law, with feminist and children's rights activists leading protests and demands for reform. An age of sexual consent law appeared to finally be on its way in November 2017, when Equality Minister Marlène Schiappa said the government was planning to make it part of a new set of laws on sexual violence, and that the age would likely be between 13 and 15. Speaking to BFMTV, Schiappa said:

In the [planned] law against sexual and gender-based violence, we have identified three components, one of which is the creation of a minimum age of consent. This means that, under a certain age, we believe there can be no debate about the sexual consent of a child, and that any child under a certain age would automatically be treated as having been raped or sexually assaulted.

In March 2018, Schiappa confirmed that an age of consent of 15 years old was in the bill that she and Justice Minister Nicole Belloubet had submitted for cabinet approval, and French newspaper Libération reported that a draft of the bill had contained the following wording: "Any act of sexual penetration, no matter what kind, perpetrated by an adult on a child under the age of 15" would constitute rape, "where the perpetrator knew, or could not have been unaware of, the victim's age."

However, when the legislation was voted on by the Assemblée Nationale (equivalent to the House of Representatives) just two months later, the age of consent provision had been removed.

Amid concerns about the constitutionality of the consent proposals, that part of the sexual violence legislation was dropped. Instead, the bill further strengthened the existing law on rape by adding the following paragraph to Article 222-22:

Where these acts are perpetrated upon the person of a child aged under 15, moral coercion or surprise are characterized by an abuse of the vulnerability of a victim who does not have the judgement or understanding for such acts.

The bill also increased the punishment for "sexual infraction" (that is, sexual activity with a child where "violence, coercion, threat or surprise" are not present):

Excluding cases of rape or any kind of sexual assault, the perpetration by an adult of a sexual infraction upon a child aged under 15 is punishable by seven years in prison and a fine of €150,000 ($173,300).

Finally, the bill (at least in principle) made it less likely that adults who had sex with children would go free, by instructing judges in rape trials to file charges of sexual infraction (Article 227-25) as a kind of fall-back in cases when the evidence was not sufficient to establish "violence, coercion, threat or surprise" (the elements of rape under French law).

The law also lengthened the statute of limitations for bringing a complaint of child sexual abuse (from 20 to 30 years after a victim turns 18), enhanced the penalties for online harassment, and introduced a new "gender-based insult" offence ("outrage sexiste") that targets various forms of street harassment.

The omission of a minimum age of sexual consent, however, prompted widespread criticism of the law. During a parliamentary debate in May, one member called it a "climbdown," another said "this lacks ambition," and Muriel Salmona, a psychiatrist and activist for abuse victims who have recovered traumatic memories, described it as "a law emptied of its contents, which fails to protect children from rape and sexual assault."

It is true that the law introduced in France in 2018 did not prescribe a minimum age of sexual consent. However, no age of consent had previously existed in France, something that the Your News Wire article did not make clear.

That article also failed to explain to readers that French law did already prescribe legal sanctions for adults who have sex with children, and that while the new law did not go as far as many critics wanted it to, it actually strengthened those existing protections.

The article also failed to explain that the legislation broadened the definition of "coercion" in French law, thereby making it easier for prosecutors to convict sexual predators of rape, and the legislation made it less likely that adults who have sex with children will go free by giving judges greater leeway in prosecuting them for "sexual infraction" in cases when it is not possible to prove the elements required for a rape conviction.