Did Fox News Use an Image of Patti LaBelle During Their Aretha Franklin Tribute?

Fox News accidentally included a photograph of singer Patti LaBelle instead of Aretha Franklin as they reported on the latter's passing. 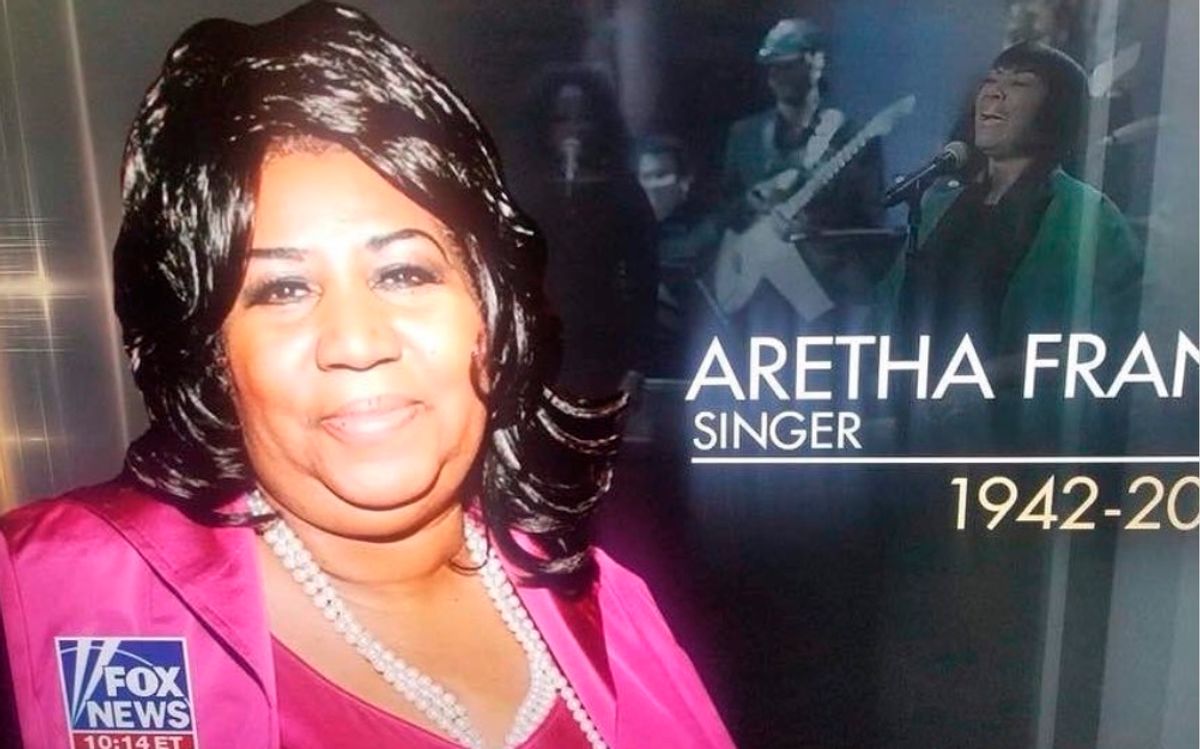 Claim:
Fox News included an image of singer Patti LaBelle instead of Aretha Franklin in a tribute piece after the latter's passing.
Rating:

On 16 August 2018, Aretha Franklin, the iconic Grammy Award-winning singer known as the "Queen of Soul," passed away at the age of 76. As fans took to social media to share their memories of the late soul singer, many of them noticed a curious graphic that had been shared by the official Fox News Twitter account: The news network used the same graphic in their television broadcast about Franklin's death:

This graphic was of particular interest because while the foreground picture is that of Aretha Franklin, the woman in the green jacket seen in the background is not the Queen of Soul. That is actually an image of singer Patti LaBelle performing at the "Women of Soul: In Performance at the White House” concert in 2014:

“We sincerely apologize to Aretha Franklin’s family and friends. Our intention was to honor the icon using a secondary image of her performing with Patti LaBelle in the full screen graphic, but the image of Ms. Franklin was obscured in that process, which we deeply regret.”

LaBelle and Franklin both performed at a 2014 White House concert, but the network's explanation for the error seemed questionable to some viewers because Franklin didn't appear at all in the photograph of LaBelle that formed the basis of the graphic. The original photograph, which was taken during LaBelle's performance of "Somewhere Over the Rainbow" by Reuters photograph Jonathan Ernst, can be seen below: