The conservative news outlet has only been nominated once for any of the awards. 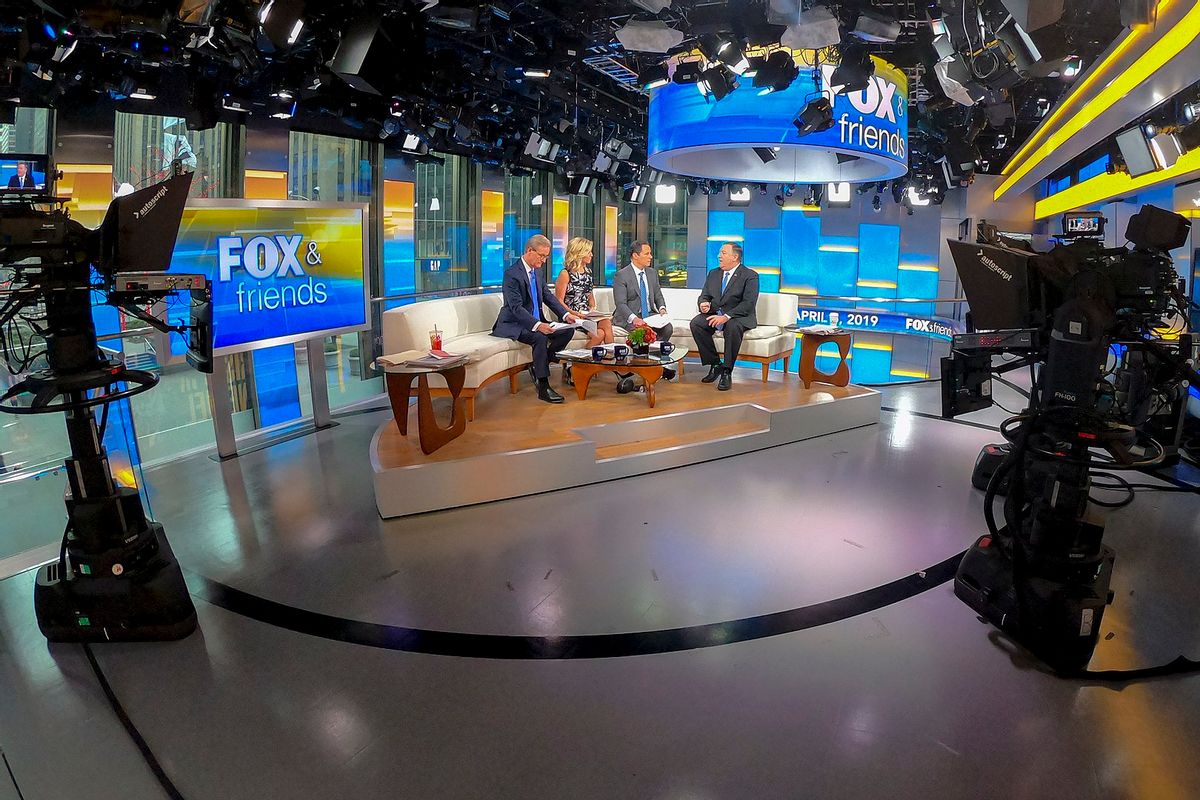 Claim:
Fox News Channel, the conservative cable news organization, has never won a Pulitzer, Emmy, Peabody, or Edward R. Murrow Award for journalism on the merits of its work.
Rating:

Though Fox News Channel has not won any of these awards, it is owned by Rupert Murdoch's News Corp., which also owns the Wall Street Journal. The Journal has won a number of those awards. It is also possible that the channel has not submitted itself for consideration of the awards. Experts tell us that Fox News has always prioritized ratings and popularity over industry recognition.

Fox News, the conservative U.S. cable outlet, has frequently been the subject of our fact checks. It's a deeply influential news organization with a high viewership but not necessarily a stellar reputation among other journalistic organizations. On Aug. 17, 2022, an online meme claimed that the news channel had not won any Pulitzers, Peabodys, Emmy, or Edward R. Murrow Awards for journalism.

The meme is largely accurate, but misrepresents the context behind how such awards take place, and Fox News' own priorities. We looked into the archives of all the major awards and found no evidence the channel had won anything. Fox News was created in 1996, so it would not have been eligible for awards in the years prior.

The Pulitzer Prize, considered the top journalistic award in the U.S., has a number of journalism categories. We looked through each of them over the years and found no evidence of the channel winning anything. However, Paul Gigot of The Wall Street Journal won the award in 2000 for his commentary in the newspaper. Gigot hosts The Journal Editorial Report on Fox News, and in 2007 went on to join the Pulitzer Prize Board.

The Fox News Channel also did not win any Peabody awards on its own. However FOX, its parent network, was named among the U.S. broadcast and cable networks as the 2001 winner for “America: A Tribute to Heroes.” Also produced by Tenth Planet Productions, this show was a relief effort for the victims of the Sept. 11, 2001, terrorist attacks. According to the Peabody committee: “All involved donated their talent and time, while ABC, CBS, NBC and FOX underwrote costs surrounding the production of this outpouring of honor for those lost on Sept. 11, 2001.” This award cannot, however, be credited to Fox News Channel specifically. The program was aired live and commercial-free across a range of networks:

Fox News Channel also has not won any Emmy Awards, but was nominated for the first time in 2019 for a News and Documentary Emmy. "Fox News Sunday" host Chris Wallace's interview with Russian President Vladimir Putin gained wide praise and was nominated in the "Outstanding Live Interview" category. The winner was CNN International’s “Amanpour,” in which Christine Amanpour interviewed the Archbishop of New York Cardinal Timothy Dolan. Fox has not won or been nominated in the years since, though a number of Fox local affiliate stations have frequently done so.

The same is true of the Edward R. Murrow Awards. However, national and regional network affiliate stations have won the award over the years.

Reece Peck, an assistant professor at CUNY Staten Island and author of “Fox Populism: Branding Conservatism as Working Class,” told us that he was “not surprised” by the organization’s lack of journalism awards.

[Fox News’] founding brand was that it was the counter-elite network. This draws from the playbook that Rupert Murdoch [their founder] had been using from the fifties in Australian and British news markets. He would go into the market and cast the establishment news program as elitist, he would present his own news program as counter-elitist. The lack of awards is in many ways a badge of pride that reinforces the founding narrative that mainstream journalism is elitist. [...] Fox News couldn’t care less [about awards], they care about ratings, who has got the largest audience, and who is making the most money.

He pointed out that Murdoch’s empire was vast and multifaceted and included The Wall Street Journal newspaper, which it “could [always] point to [...] as its prestige award-winning news outlet.” The Wall Street Journal has indeed won a number of prestigious awards, including Pulitzers and an Emmy, and as mentioned above, Gigot — a Fox News host — was one of its winners.

A. J. Bauer, an assistant professor of journalism and creative media at the University of Alabama, echoed this argument: "The purpose for those awards is the mutual recognition in the field of journalism. Fox [News] has always framed itself as an insurgent, as not part of the mainstream."

"Most of these awards require you to self-nominate," he continued. "I frankly don't know whether Fox News does that. They're notoriously not that open to interviews, no one has done an ethnography of that."

There are many routes to submitting for an award, but all the awards listed in the meme allow self-submissions. The Pulitzers state: "Any person may submit material to the Pulitzer Prize competition, whether an editor of a news organization, an individual journalist or a reader." The Emmys state that any member of a production can submit on their team's behalf. The Edward R. Murrow Awards are presented to an entire organization and not an individual, and so any eligible organization can submit to them, but independent journalists are also able to submit their work. The Peabodys also have self-submissions.

We reached out to Fox News to learn more about whether it submitted its own work for consideration in the past. We will update this story if we get more information.

This is not the first fact check we’ve done about Fox News’ credibility as a news organization. We should note that the option to self-submit means it is possible that Fox News has chosen to not send in its work for consideration. The above meme thus misses the point that Fox News' metric of success does not necessarily include awards recognition. However, since Fox News Channel has not won a single of the above journalism awards based on its work as a news organization, we rate this claim as “True."