Fox News erroneously reported that the former FBI director had resigned, but corrected the record when they received accurate information. 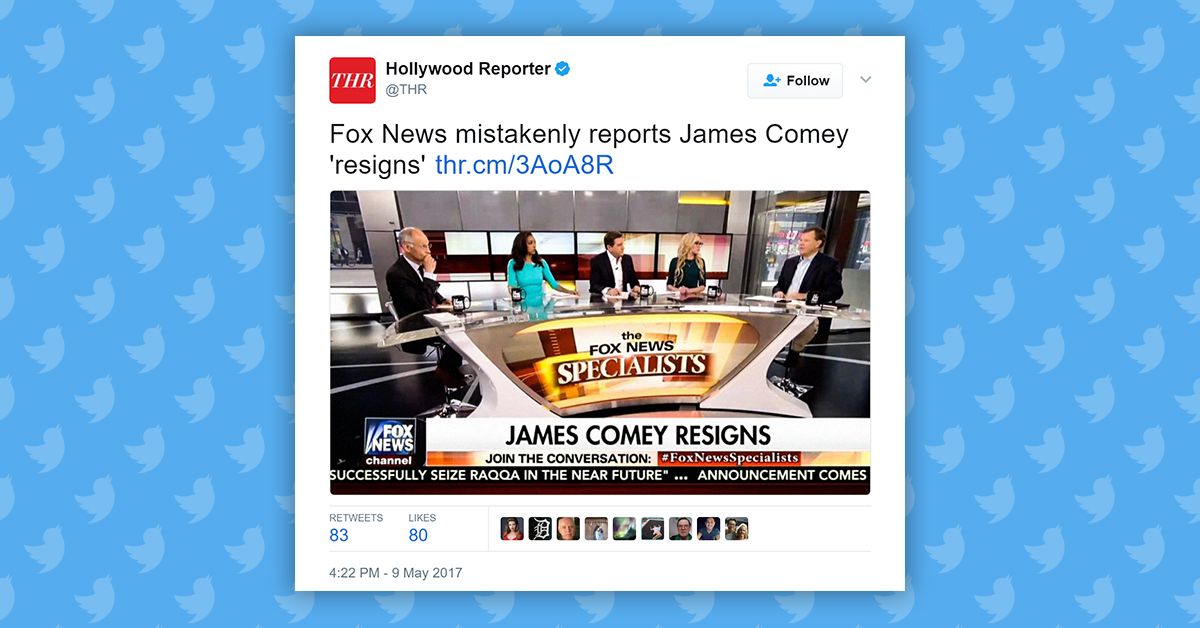 Claim:
Fox News reported the former FBI director had resigned, when he had in fact been fired.
Rating:

The network did not continue to report the erroneous information — they corrected the mistake within a minute of making it.

On 9 May 2017, President Donald Trump fired James Comey from his position as director of the Federal Bureau of Investigation. The cable network Fox News reported the news live during the program "The Fox News Specialists." They initially reported Comey had resigned.

The erroneous graphic announcing that Comey had stepped down of his own volition appears at the 33-minute mark:


During the program, host Eric Bolling interrupted a discussion about Afghanistan to deliver news he was apparently receiving from someone off-set, saying, "James Comey resigning, is that what you're telling me?" Shortly after that remark, a chyron appeared on the lower part of the screen saying "James Comey resigns."

About one minute later, Bolling again broke in with the correction that Comey had been dismissed by President Donald Trump, saying "[White House Press Secretary] Sean Spicer's just told the press that the president has accepted the attorney general's recommendation to dismiss — dismiss James Comey."

Although the graphic did briefly appear on the screen, Fox News quickly corrected the error after receiving the news live on air.