A meme surfaced amid international protests following the death of a Black man in police custody in Minneapolis. 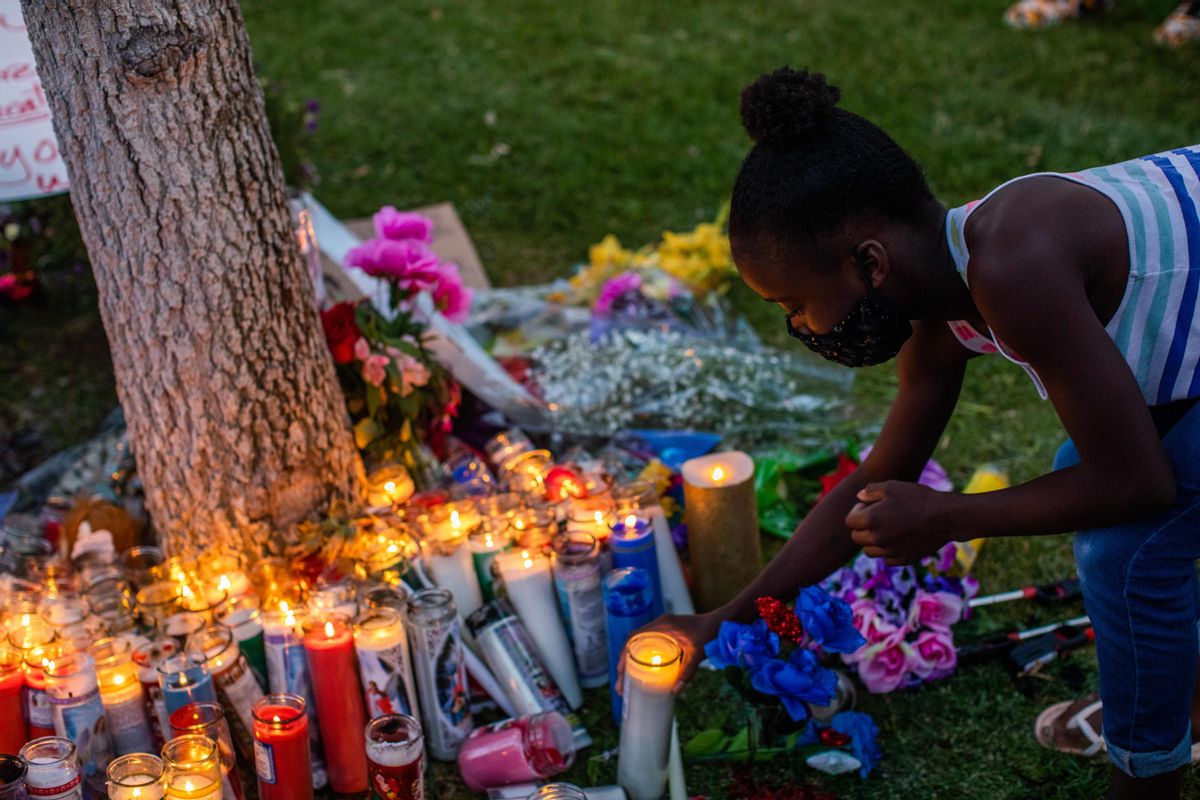 Three Black men were found dead hanging from trees in the in the days following George Floyd's death on May 25, 2020. In two of those cases, the initial manner of death was ruled as suicide. The manner of death in the third case is pending an investigation, but authorities suspect "no foul play."

A fourth male, who is Latino, was found dead hanging from a tree. This death was also ruled a suicide, and the family reportedly told authorities he was suicidal.

Editor's Note: This article examines the time frame between George Floyd's death on May 25, 2020, and the date of publication on June 16, 2020. This article does not include similar incidents that occurred after publication. The original article continues below:

In June 2020, as protests against racial injustice and police violence continued across the U.S. in the aftermath of George Floyd's death while in police custody, a Black man named Robert Fuller was found dead hanging from a tree in California. While local authorities initially ruled Fuller's death a suicide, the family of the 24-year-old urged authorities to open an investigation into the case.

Though Fuller's death made national news, social media users claimed that several similar incidents (of investigators declaring such deaths as "suicides") had also occurred in the days since's Floyd's death on May 25:

These posts appear to be referring to the deaths of Robert Fuller, Malcolm Harsch, and Dominique Alexander, three Black men who were found hanging dead from trees in the spring in 2020. Fuller and Alexander's deaths were both initially ruled as suicides. Authorities have reserved stating the manner of death for Harsch, but they have said that they do not suspect foul play.

The fourth death mentioned in this post is likely referring to an unidentified man who was found hanging in the Shady Acres neighborhood of Houston, Texas. While social media posts initially identified this person as a Black man, authorities later identified him as Latino. Furthermore, the man's family reportedly told authorities that he had been suicidal.

Below are details about each case.

Robert Fuller, 24, Found Hanging From a Tree Near City Hall in Palmdale, California, on June 10

Fuller's death was initially ruled a suicide, but Fuller's family, the local community, and the city of Palmdale are demanding more investigation. The Guardian reported:

The FBI and the California attorney general’s office will monitor the investigation into the hanging death of a Black man in the south of the state, in one of two cases that have resurfaced fears of lynchings during a time of racial tensions and mistrust of law enforcement in the country.

Robert Fuller, 24, was found hanging from a tree near Palmdale city hall in the early hours of 10 June. The county medical examiner labeled the preliminary cause of death as suicide pending a full autopsy. But the office deferred that decision after community members demanded a full investigation in a contentious news briefing late last week.

Malcolm Harsch, 38, Found Hanging From a Tree in Victorville, California, on May 31

As of this writing, an official manner of death for Harsch has not been announced, and the San Bernardino County Sheriff’s Department said his death is still an open and active investigation. From the outset, however, authorities said they did not suspect foul play. The local news outlet Victor Valley News reported:

The San Bernardino County Sheriff’s Department said foul play is not suspected in the death of a Black man who was found hanging in a tree in Victorville.

The Sheriff’s Department told VVNG that the death of Mr. Malcolm Harsch is still an active investigation.

Initially, Harsch's relatives said in a statement they were concerned that the death would be ruled a suicide and that they were alarmed by the manner in which Harsh was found:

"Our brother Malcolm Harsch died on May 31st. His cause of death has not been released to the family yet but we are concerned that his death will be labeled as a suicide, as this is what was communicated to us upon confirmation of his death on the morning of June 1st.

"Amidst the current racial tension and following the protesting the night prior to his body being discovered we were truly troubled to learn of his passing particularly of how his body was discovered. He is an African-American man whose body was found hanging from a tree!"

But surveillance video released to the family and shown to journalists by officials in mid-June appeared to confirm reports that Harsch hanged himself. Through a spokesperson, the family released a statement saying, “On behalf of the family of Malcolm Harsch unfortunately it seems he did take his own life."

On June 15, the FBI and the Department of Justice announced they were monitoring the investigations into the deaths of both Harsch and Malcolm Fuller.

Dominique Alexander, 27, Found Hanging From a Tree in NYC on June 9

The death of 27-year-old Dominique Alexander, who was was found dead hanging from a tree in Fort Tryon Park in Manhattan on June 9, was ruled a suicide by the city's medical examiner. The New York Daily News reported:

The death of a man found hanged from a tree in a Manhattan park has been ruled a suicide, officials said Monday.

Dominique Alexander, 27, of Kingsbridge Terrace in the Bronx, died by hanging June 9, a spokesperson from the city’s medical examiner confirmed.

On Monday, the victim’s visibly shaken brother, Keats Alexander, told the Daily News, “We are just trying to grieve.”

“He was definitely loved by his family and his community. It’s just so much," the distraught brother said, before refusing further comment.

Unidentified Man Found Hanging From a Tree in the Shady Acres Neighborhood of Houston, Texas, on June 15

While social media postings about this death initially identified this person as a Black male, the Houston Police Department reported that he was Latino. Foul play is not suspected, and the man's family reportedly told authorities that the victim was suicidal. The Houston Chronicle reported:

After the man's body was discovered in the Shady Acres community, a Huffington Post freelance reporter mischaracterized the victim on Twitter as a black male and questioned official statements on the likely cause of death. The tweet was widely liked and shared.

Responding to press inquiries, Houston Police Chief Art Acevedo tweeted Monday evening that the victim was a "Hispanic/Caucasian male, and described by his family as suicidal." Acevedo wrote that there were no signs of foul play and that evidence pointed to suicide.

We have been unable to uncover news reports about a purported fifth incident. Some social media users suggested that the fifth hanging occurred in Portland, Oregon, or Atlanta, Georgia, but it appears that someone mistook an older incident as recent, or included the death of a Black man who was fatally shot, but not hanged, in the spring of 2020.

Specifically, the fifth death is likely referring to Titi (or Tete) Gulley, a black transgender woman, who was found hanging from a tree in Rocky Butte Park in Portland, Oregon, in May 2019 (her death was ruled a suicide, but her family believes that she was murdered), or Rayshard Brooks, who was fatally shot by police officers during an altercation at a Wendy's drive-thru in Atlanta on June 12, 2020.

It should also be noted that shortly after this article was published, the Harris County Sheriff’s Office announced that a Black teenager was found dead hanging from a tree near a school in Texas. An official manner of death has not been announced but preliminary reports pointed to suicide.

Update [18 June 2020]: Updated to further clarify the time frame examined in this article.